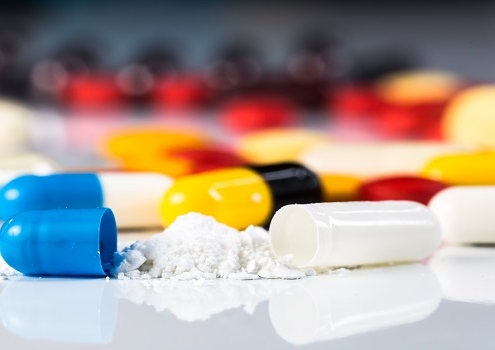 Some Antibiotics Prescribed During Pregnancy Linked to Birth Defects

Researchers at the University College London found that children of mothers prescribed macrolide antibiotics in the first trimester of pregnancy were at increased risk of major birth defects. The research was published in The BMJ. The birth defects include major malformations such as heart and genital defects, and four neurodevelopment disorders, cerebral palsy, epilepsy, ADHD, and autism spectrum disorder.

“Macrolide antibiotics are used to treat a wide variety of bacterial infections and are among the most frequently prescribed antibiotics during pregnancy in Western countries,” said Heng Fan, PhD candidate at UCL Great Ormond Street Institute of Child Health, and lead author of the study. “This work builds on previous evidence of rare but serious adverse outcomes of macrolide use, especially for unborn babies. These adverse outcomes were assumed to be associated with the arrhythmic effect of macrolides, and policy advice about their use in pregnancy varies.”

The investigators analyzed data from 104,605 children born in the UK from 1990 to 2016 from the Clinical Practice Research Datalink (CPRD), with a median follow-up of 5.8 years after birth. An additional 82,314 children whose mothers were given macrolides or penicillins before pregnancy and 53,735 who were siblings of children in the study acted as control cohorts. Major malformations were seen in 186 children of 8,632 whose mothers received macrolides at any point during pregnancy and 1,666 of 95,973 children whose mothers were dosed with penicillins during pregnancy. The researchers concluded that macrolides during the first three months of pregnancy were associated with an increased risk of any major malformation compared to penicillin.

The Mediterranean diet has been noted for being heart-healthy and potentially improving lifespan—heavy on fish, fruits, vegetables, grains, olive oil and red wine. Much research suggested the resveratrol found in red wine was the major contributor, but new research suggests it is actually the fat found in olive oil that activated a pathway known to increase lifespan and prevent aging-related diseases. It appears that the fat gets stored in lipid droplets and when the fat is broken down during exercise or fasting, the signaling and health benefits occur.

Computational biologists at Carnegie Mellon University took an algorithm used to study social networks like Facebook and adapted it to identify how DNA and Proteins behave in communities inside the cell nucleus. Proximity is a factor, because genes controlled by the same regulatory proteins benefit from being close to each other, but others can be relatively far apart but drawn together via shared interests. The MOCHI algorithm analyzes the spatial arrangement of all the genes and transcription factor proteins in a nucleus based on genome-wide chromosome interactions and global gene regulatory networks.

A 3D Atomic Scale Map of the 2019 Coronavirus

Investigators at the University of Texas at Austin and the NIH created the first 3D atomic scale map of the 2019 novel coronavirus. They used AMETEK Gatan’s K3 camera to map part of the virus called the spike protein, which is how the virus penetrates the host cells. The breakthrough should allow for more rapid vaccine and therapy development.

Researchers working with human lung cancer cells discovered how they modulate their energy consumption based on their surroundings. In addition, they discovered how cancer cells override those factors to maximize their energy use. They identified a protein called TRIM21 that appears able to prevent the degradation of metabolic enzymes, resulting in cancer cells keeping their metabolism high. Being able to interrupt this pathway could lead to new approaches to cancer therapies.

Although there are now a couple therapies on the market for Duchenne muscular dystrophy (DND), it is still incurable. Researchers at the University of Pennsylvania School of Medicinerecently identified a group of small molecules that might lead to new treatments. The compounds eased repression of a specific gene, utrophin, in mouse muscle cells. This allows the body to produce more utrophin protein, which can be substituted for dystrophin, the protein whose absence causes DMD.

“We’re trying to find therapies that will restore a patient’s muscle function without resorting to gene therapy,” said Tejvir S. Khurana, the study’s senior author and professor of Physiology. “Increasing utrophin is a major focus of muscular dystrophy research. While, ideally, we would replace the missing dystrophin in patients, there are a number of technical and immunological problems associated with this approach.”

One is simply that the dystrophin gene is the largest in the body, and can’t be fit into the viruses used for gene therapy. Most approaches along those lines use truncated dystrophin genes or other means to introduce a partial dystrophin gene or gene product. The other problem is that because the human body of DMD patients doesn’t have regular amounts or types of dystrophin, introducing dystrophin to the body often stimulates an immune response as the immune system reacts to it as an invader.