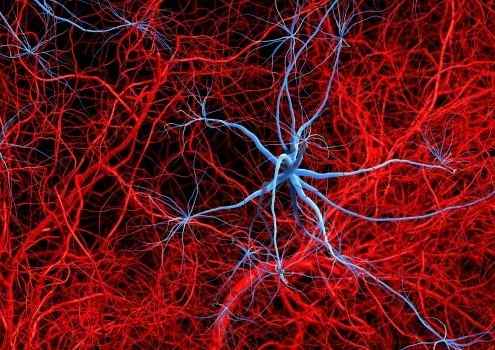 Researchers at Northwestern University identified a compound that appears to reverse the ongoing degeneration of upper motor neurons associated with amyotrophic lateral sclerosis (ALS). ALS is a progressive neurodegenerative disease affecting nerve cells in the brain and spinal cord. As the motor neurons degenerate, they eventually die and the ability of the brain to initiate and control muscle movement is lost. With the disease, people may lose the ability to speak, eat, move and breathe. They published their research in Clinical and Translational Medicine.

“Even though the upper motor neurons are responsible for the initiation and modulation of movement, and their degeneration is an early event in ALS, so far there has been no treatment option to improve their health,” said Hande Ozdinler, associate professor of neurology at Northwestern University Feinberg School of Medicine and senior author of the study. “We have identified the first compound that improves the health of upper motor neurons that become diseased.” 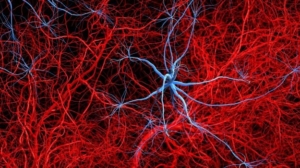 The compound, NU-9, was developed in the laboratory of Richard B. Silverman, the Patrick G. Ryan/Aon Professor of Chemistry at Northwestern. The compound can reduce protein misfolding in critical cell lines. It is not toxic and can cross the blood-brain barrier. ALS is linked to protein misfolding and protein clumping inside the brain. In about 90% of ALS patients, proteins aggregate inside the cell and cause what is called as TDP-43 protein pathology. After administering the drug in mice, the mitochondria and endoplasmic reticulum of the cells began to regain health and integrity, which led to improved neuron health. They plan to conduct detailed toxicology and pharmacokinetic studies with hopes of initiating a Phase I clinical trial.

Glaucoma affects more than 75 million people globally, and about 3 million in the U.S. Painless, glaucoma is an increase of ocular pressure that can cause irreversible damage to the optic nerve. It is easily treated with eye drops, but the causes are not fully understood. There is no cure or way of stopping the disease, but the eye drops reduce eye pressure to slow disease progression and prevent permanent damage to the optic nerve. An international team of researchers compared the genes of 34,179 people with glaucoma to 349,321 control subjects and identified 44 new gene loci and confirmed 83 previously reported loci associated with glaucoma. This would seem to be a rich treasure trove of possible new targets for treatments.

Researchers out of Rice University published research that identifies a genetic mechanism that allows Mycobacterium tuberculosis, which causes tuberculosis, to respond to stress quickly based on “memory” of previous stress. This is in part related to the bacterium’s ability to remain dormant for decades. This “latent” TB can stay in people without causing infections, but if the individual becomes immunocompromised, the bacteria kicks into action. This has made researchers believe there is some sort détente between the bacteria and the immune system. They focused on a regulatory network and various feedback loops that allow hysteresis, or history-dependent behavior. When cells are stressed, their membranes are damaged and begin accumulating unfolded proteins. Those unfolded proteins compete for DnaK, which plays a role in helping cells get rid of unfolded proteins. But it also plays a role in the stress-response network by maintaining the sensor protein in an inactive state.

Investigator with the Mayo Clinic identified a chromosome instability gene, USP24, that is often missing in children with neuroblastoma, an aggressive type of childhood cancer. They evaluated a set of enzymes called deubiquitinating enzymes (DUB) in the disease. They identified two genes, USP24 and USP44, that had the biggest potential to affect the outcomes of neuroblastoma patients. USP44 has a significant role in cell division and was linked to poor outcomes in lung cancer. They also found that USP24 wasn’t simply a marker of aggressive disease, but that it played an important role in protecting cells against chromosome distribution errors during cell division.

Scientists with the Stanley Mannen Children’s Research Institute at Ann & Robert H. Lurie Children’s Hospital in Chicago showed that a nanotherapy decreased intestinal inflammation and shrank lesions in a rodent model of severe Crohn’s disease. Crohn’s is an inflammatory bowel disease marked by chronic inflammation of the digestive tract, usually in the small intestine. The experimental nanobody therapy they worked with reduced intestinal inflammation. The nanobodies carried an anti-inflammatory peptide. In the rodent model, the decrease in reduction was significant. Because of their design, the nanomolecules allow for a very concentrated dose to be introduced into a lesion. Before moving into human studies, they need to develop a less invasive delivery method, such as oral or via endoscopy.

Why Pregnant Women Go into Labor

Researchers at the University of Buffalo studied the HAND2 gene, which evolved to be switched on in the uterine linings of placental mammals during pregnancy, but not in other species the researchers studied. HAND2 plays a role in heart development and evolved to be switched on in the uterus during pregnancy, when various activities like maternal-fetal communication, maternal immune tolerance of the antigenically distinct fetus, and prolonged internal gestation are occurring. HAND2 is believed to be involved in some of those processes. In humans, the HAND2 gene is gradually becomes less active during pregnancy, reaching a low activity level as labor nears. HAND2 is known to suppress estrogen, which is a process that helps women stay pregnant. Another region of the genome, a long way from the HAND2 gene, is associated with gestation periods in humans, and they found that it acts as an on/off switch for HAND2.