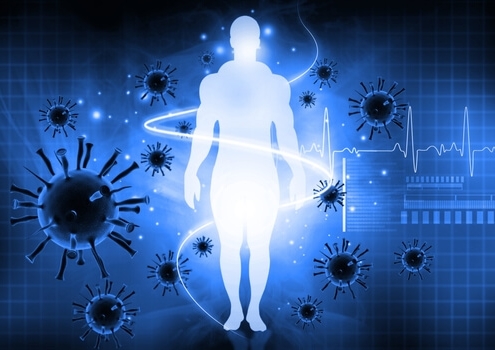 The Spanish government partnered with some of that country’s leading epidemiologists to determine what percentage of the population had developed antibodies that could provide immunity against SARS-CoV-2, the virus that causes COVID-19. They found that only 5% of people tested across the country maintained antibodies to the virus, and that 14% of people who tested positive for coronavirus antibodies in the first round of testing did not continue to have antibodies in follow-up tests performed several weeks later. The research was published in the journal The Lancet.

The study chose 35,883 households and invited them to participate. From April 27 to May 11, 2020, 61,075 people answered a questionnaire on history of symptoms compatible with COVID-19 and risk factors. They received a point-of-care antibody test and if they agreed, also donated a blood sample for a chemiluminescent microparticle immunoassay. They found seroprevalence of 5% in the POC test and 4.6% in the immunoassay. They found significant geographical variability, with higher prevalence around Madrid and lower in coastal areas. They concluded that the majority of the Spanish population was seronegative to SARS-CoV-2 infection, even in hotspot areas. Most PCR-confirmed cases had detectable antibodies, but a significant percentage of people with symptoms compatible with COVID-19 did not have a PCR test and at least a third of infections diagnosed by serological testing were asymptomatic.

“Immunity can be incomplete, it can be transitory, it can last for just a short time and then disappear,” said Raquel Yotti, the director of Spain’s Carlos III Health Institute, which helped run the study.

Ian Jones, a professor of virology at the University of Reading, said, “No symptoms suggests a mild infection, which never really gets the immune system going well enough to generate immunological ‘memory.’ Anyone who tests positive by antibody test should not assume they are protected. They may be, but it is not clear.”

Marina Pollán, the lead author of the study, told CNN, “Some experts have computed that around 60% of seroprevalence might mean herd immunity. But we are very far from achieving that number.”

Researchers at Cedars-Sinai and the University of Michigan in an observational study found that patients who used proton pump inhibitors (PPI), a type of stomach acid treatment, increased the likelihood of COVID-19 infection. People taking PPIs twice daily have higher likelihood of positive tests for COVID-19 than those using PPIs up to once daily. People taking the less potent H2Ras are not at increased risk.

“We developed this hypothesis at the beginning of the COVID-19 pandemic when we started to see a high incidence of GI symptoms and learned that the virus sheds into saliva, and thus can be swallowed into the stomach,” said Christopher V. Almario, of Cedars-Sinai. “We have now tested the hypothesis in a rigorous study of more than 50,000 Americans and found it to bear out, albeit in an observational study.”

PPIs increased the risk for enteric infections, which they believe is related to PPI-induced hypochlorhydria, or low gastric acid levels. Of the 53,130 participants, 3,386 reported a positive COVID-19 test. In regression analysis, people using PPIs up to once a day or twice a day had increased likelihood of reporting a positive COVID-19 test compared to those not taking PPIs.

“There is a reason we have acid in our stomach, namely, to kill pathogens before they enter the digest tract,” said Brennan MR Spiegel, also of Cedars-Sinai. “Coronaviruses are easily destroyed at a gastric pH of less than 3, but survive in a more neutral pH, including the range created by drugs like omeprazole and esomeprazole. We found a strong, independent effect of using PPIs on risk of COVID-19, including a dose-response relationship with nearly a four-fold increased risk for twice daily dosing. But we found no relationship with the less powerful H2Ras, such as famotidine or cimetidine.”

Researchers at the University of Hong Kong found that a certain class of high-blood pressure drugs, angiotensin converting enzyme inhibitors (ACE-i) or angiotensin II receptor blockers (ARBs), appeared to decrease the risk of colorectal cancer. The study was based on 185,000 patients. The researchers evaluated health records of 187,897 adults in Hong Kong from 2005 to 2013, with a negative baseline colonoscopy for colorectal cancer. They found that patients who took the hypertension drugs had a 22% lower risk of developing colorectal cancer in the subsequent three years and the benefits were seen in patients 55 years or older and those with a history of colon polyps.

Investigators at LSU Health New Orleans Neuroscience Center of Excellence identified a new class of pipeline drugs to relieve pain and reduce fever. Furthermore, they appear to have decreased risk of addiction or damage to the liver or kidneys. In two models, the drugs, which are similar to acetaminophen, but do not appear to damage the liver or kidneys, decreased pain and reduced fever. The intellectual property has been licensed from LSU to the life science startup South Rampart Pharma, which is working to develop the drug in late preclinical development.

Two of the most notable age-related impairments are frailty and immune decline. Researchers at the University of Bern in Switzerland demonstrated how they can be halted and partially reversed in an animal model. They used a novel cell-based therapy using eosinophils. Predominantly found in the blood circulation, eosinophils are also found in the belly fat of both humans and mice. They are known to provide protection from parasite infection and promote allergic airway disease. But in the belly fat they are mostly responsible for maintaining local immune levels. As we age, eosinophils in belly fat decline, while the number of macrophages, which stimulate inflammation, increases. Their efforts focused on restoring the immune cell balance in belly fat.