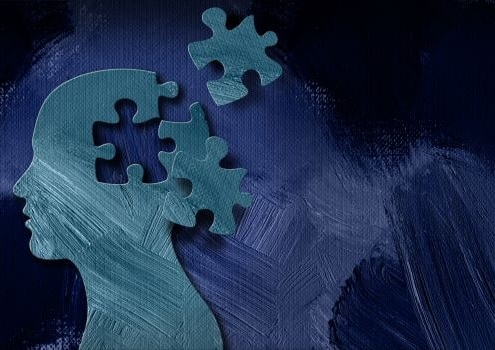 How Alzheimer’s Progresses in the Brain

Researchers with the University of Cambridge for the first time leveraged human data to quantify the speed of various processes in the brain that lead to Alzheimer’s disease. And to their surprise, it developed differently than expected. The original idea was that changes began from a single point in the brain, which sparked a chain reaction that led to brain cell death. Using post-mortem brain samples from Alzheimer’s patients and PET scans from living patients, they tracked the aggregation of tau, one of the two abnormal proteins associated with Alzheimer’s. The other is amyloid beta. These proteins cause brain cells to die and the brain to shrink, leading to memory loss, changes in personality and difficulty in cognition. They published their research in Science Advances.

“The thinking had been that Alzheimer’s develops in a way that’s similar to many cancers: the aggregates form in one region and then spread through the brain,” said Georg Meisl from Cambridge’s Yusuf Hamied Department of Chemistry, and first author of the paper. “But instead, we found that when Alzheimer’s starts there are already aggregates in multiple regions of the brain, and so trying to stop the spread between regions will do little to slow the disease.” 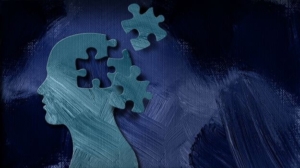 Part of the findings were that replication of tau aggregates is slow, taking up to five years. Neurons are quite good at preventing aggregates from forming. But, says co-senior author Sir David Klenerman, from the UK Dementia Research Institute at the University of Cambridge, “we need to find ways to make them even better if we’re going to develop an effective treatment.”

The COVID-19 Proteins that Can Damage Blood Vessels

Although initially seen as a respiratory disease, COVID-19 has numerous effects, including inflammation, blood clotting and damage to the blood vessels. A group of researchers led by Tel Aviv University have identified five of the 29 proteins that make up the SARS-CoV-2 virus that are responsible for the damage to blood vessels. They note that patients with COVID-19 are up to three times more likely to have a stroke or heart attack. The virus severely damages the blood vessels or the endothelial cells that line the blood vessels. When SARS-CoV-2 enters the body, it starts churning out 29 proteins, the new virus is created, then it produces 29 new proteins, over and over. But in the process, blood vessels go from opaque tubes into permeable nets, while at the same time blood clotting increases. They hope that the identification of the five specific proteins can lead to drugs that specifically block those aspects of COVID-19.

New Type of Nerve Cell Found in the Retina

Scientists at the University of Utah Health discovered a new type of nerve cell in the retina. Interneurons act as intermediaries in neuron networks. The researchers identified a previously unknown type of interneuron in the retina of mammals. They have named the neuron the Campana cell after its shape, which is like a hand bell. These types of cells transport visual signals from both light-sensing rods and cone photoreceptors in the retina. Their full purpose hasn’t been determined yet. Their research shows that the Campana cells stay activated for as long as 30 seconds in response to a 10-millisecond light flash stimulation, which is unusually long for interneurons. The researchers note that cells in the brain that fire persistently are believed to be involved in memory and learning. The Campana cells behave similarly, which they theorize might mean they play a role in “temporal memory” of recent stimulation.

It would make sense. Researchers at Johns Hopkins Medicine found that antibody levels against the COVID-19 virus stay higher for a longer period of time in people who had a COVID-19 infection and then received two mRNA vaccines compared to people who only were vaccinated. The study followed 1,960 health care workers at Johns Hopkins Medicine who received both doses of either the Pfizer-BioNTech or Moderna vaccines, including 73 who tested positive for COVID-19 via PCR prior to the first dose of a vaccine. They then split the 73 into two cohorts, ones infected at 90 days or closer to the first vaccine dose and those who were exposed to the virus longer than 90 days before the first jab. They then compared those with and without previous COVID-19 infection at one, three and six months after the second jab. The data also suggested that a longer interval between infection and the first vaccine dose might improve the antibody response.

Out of the 463 million people globally with diabetes in 2019, 90-95% were type 2 diabetics. Some type 2 diabetics who have bariatric surgery or take part in a very low-calorie diet-related clinical trial have been known to achieve remission, but it’s unknown how many in the general population. Utilizing a national register of type 2 diabetics in Scotland, researchers at the University of Edinburgh estimatedhow many people were in remission in 2019 and described their characteristics. Their study found that of 162,316 type 2 diabetics over the age of 30, about 5%, 7,710 were in remission. These people usually have not taken glucose lowering drugs, typically lost weight, were older, and had lower blood glucose levels at diagnosis, or they had bariatric surgery.

Investigators at the University of California – Davis found that monoclonal antibodies protected aged, diabetic rhesus macaque monkeys from COVID-19 and decreased the signs of inflammation, including in cerebrospinal fluid. They believe this explains how antibodies, whether from infection, vaccines or therapeutic antibodies, can affect the course of COVID-19. It also suggests that antibodies might be a preventive treatment in people at high risk, for example during an outbreak in a nursing home.

“COVID-19 is more severe in elderly people and those with pre-existing conditions,” said Smita Iyer, associate professor of pathology, microbiology and immunology at the UC Davis School of Veterinary Medicine and Center for Immunology and Infectious Diseases. “The elderly and diabetics tend to be immunosuppressed, but if you can get antibody levels high enough, you can prevent severe infection.”

In particular, they seem to help with the often-deadly dramatic inflammatory immune response.