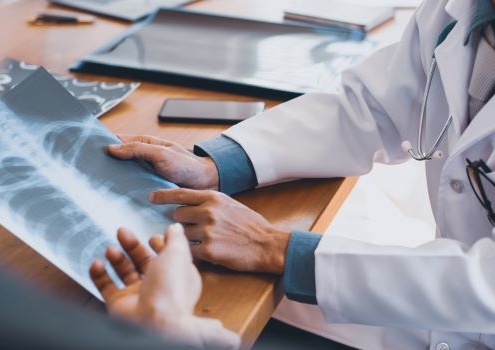 Investigators at Washington University School of Medicine in St. Louis identified a compound that can help sensory neurons in the central nervous system to heal. Working with mice with injured sensory neurons, the researchers gave the animals a drug called fenofibrate. The drug is approved by the U.S. Food and Drug Administration (FDA) to treat high cholesterol. In their experiments, fenofibrate activated the support cells that surround sensory neurons, helping them regrow about twice as fast as the control group’s sensory neurons. They published their research in eLife.

“When people think of spinal cord injury, they tend to think of paralysis, but there are a lot of problems with sensory processing and pain after spinal cord injury as well,” said Valeria Cavalli, senior author and the Robert E. and Louise F. Dunn Professor of Biomedical Research, and a professor of neuroscience. “Addressing those sensory issues could go a long way toward improving quality of life for survivors. Our data indicate that fenofibrate has the potential to activate these support cells and improve recovery, which means we could potentially repurpose this FDA-approved compound to help restore sensory function after nerve injuries.”

The research team compared gene expression in five different support cells in the ganglion after injury to the peripheral and central branches of the sensory neuron. In their tests, the gene expression patterns in the support cells were different depending on which piece of the neuron was injured. For example, satellite glial cells increased expression of a group of genes called the PPAR-alpha pathway, which is involved in fat metabolism, only after there was injury to the peripheral axon branch. The pathway never increased activity after injury to the central axonal branches and was actually decreased after spinal cord injury in the CNS. The researchers believe this suggests the PPAR-alpha pathway could promote regeneration.

Researchers at the University of Turku, Finland, identified a new mechanism that cells utilize to circulate integrins on the cell surface. Aggressive breast cancer cells leverage this to metastasize throughout the body. The researchers found a new mechanism that highly aggressive triple-negative breast cancer cells exploit to circulate integrins and spread to other tissues. These cancer cells use the molecule swiprosin-1 to direct the integrin adhesion receptors onto CG endocytosis mechanism, which is described as being like a conveyor belt that transports nutrients into cells. The cancer cells basically hijack the conveyor belt. They found that high expression of the swiprosoin-1 molecule is associated with more metastases and breast cancer malignancy.

Glaucoma is internal pressure in the eye, where fluid doesn’t properly drain. It can apply pressure to the optic nerve and lead to loss of vision. Researchers at Northwestern University, working in mice, identified possible new treatment targets for glaucoma, including a possible preventive for a severe pediatric form of glaucoma. They tested a long-lasting and non-toxic protein (Hepta-ANGPT1) in the mice, which allows them to replace the function of the genes that were missing in one model of glaucoma. The next step, they say, is to develop a delivery system and produce it.

Studies out of Massachusetts General and Brigham and Women’s Hospitals into the effects of COVID-19 in pregnant women found that pregnant and lactating women produce robust antibody responses to both COVID-19 infection and vaccination. The twist is associated with why COVID-19 affects male adults, children, and infants harder than females. In one of the new studies, they found that in response to COVID-19 in mothers, male placentas turned on more pro-inflammatory immune activation genes than the placentas in the female fetuses. In general, males are more likely to become severely ill and die from COVID-19 than females. It appears to be associated with a slower response to the virus in males which then create more pro-inflammatory molecules, which leads to the cytokine storms.

Nanoparticles that Communicate with Cancer Cells

Junk DNA is Not So Junky, Involved in Mammalian Development

For decades there was the idea that 98% of the human genome is made up of junk DNA, which has no particular function. But study after study continues to find parts of this “junk” to have an important function. Scientists at the University of California, Berkeley and Washington University found that one particular bit of junk DNA, the promoter of a virus-based transposon, is important to cell proliferation and the timing of embryo implantation in mice. These promoters link to genes that played a role in the development of other mammals, including humans. Working with mice, they found that by knocking out a specific transposon in mice, half the mouse pups died before birth. They then analyzed the genomes of seven other mammalian species, including humans, and also found virus-derived regulatory elements tied to cell proliferation and embryo implantation timing. It appears to play a crucial role in early embryonic development in all mammals. 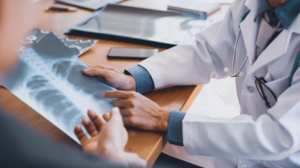 “The mouse and humans share 99% of their protein coding genes in their genomes — we are very similar to each other,” said Lin He, UC Berkeley professor of molecular and cell biology and senior author of the study. “So, what constitutes the differences between mice and humans? One of the major differences is gene regulation — mice and humans have the same genes, but they can be regulated differently. Transposons have the capacity to generate a lot of gene regulatory diversity and could help us to understand species-specific differences in the world.”