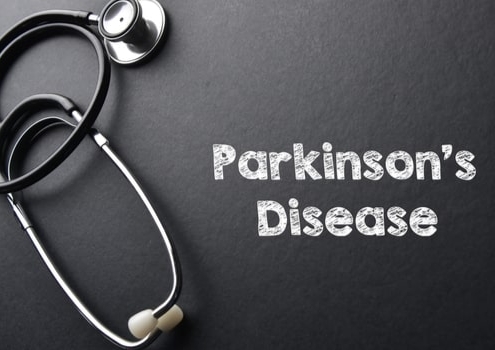 Researchers from Aarhus University in Denmark published research indicating that Parkinson’s disease is actually two types of the disease. This helps explain why there are so many different symptoms and pathways. Parkinson’s is marked by slow deterioration of the brain from accumulation of alpha-synuclein, a protein that damages nerve cells. This causes slow, stiff movements. Some patients apparently have damage to the brain’s dopamine system before damage in the intestines and heart occurs. Other patients have damage to the nervous systems of the intestines and heart before the damage in the brain’s dopamine system. The research was published in the journal Brain.

“With the help of advanced scanning techniques, we’ve shown that Parkinson’s disease can be divided into two variants, which start in different places in the body,” said Per Borghammer, professor of clinical medicine at Aarhus University. “For some patients, the disease starts in the intestines and spreads from there to the brain through neural connections. For others, the disease starts in the brain and spreads to the intestines and other organs such as the heart.”

They believe this could have a significant impact on future treatment. The researchers utilized advanced PET and MRI imaging techniques to evaluate people with Parkinson’s disease. They also included people who had not been diagnosed yet but have a high risk of developing the disease—people diagnosed with REM sleep behavior syndrome are at increased risk of Parkinson’s. They are dubbing the two types body-first and brain-first. Because people with Parkinson’s have a different microbiome in the intestines than healthy people, they believe it would be particularly interesting to study the microbiomes of Parkinson’s patients.

“Now that we’re able to identify the two types of Parkinson’s disease, we can examine the risk factors and possible genetic factors that may be different for the two types,” Borghammer said. “The next step is to examine whether, for example, body-first Parkinson’s disease can be treated by treating the intestines with feces transplantation or in other ways that affect the microbiome.”

Epigenetic Changes May Explain Why Humans Live Longer than Other Primates

Humans and chimpanzees share 99% of their genetic code, yet humans often live into their 80s or longer, while chimpanzees rarely live past 50. Research out of Duke University indicates this may be related to chemical changes along the human DNA that slowed the rate of human aging. These epigenomic changes are seen with the loss or gain of methyl groups—a carbon atom with three hydrogen atoms attached—along the DNA molecule that act as cellular switches, turning specific genes on or off under different circumstances. The researchers analyzed about 850,000 sites in the blood from 83 chimpanzees aged 1 to 59, and found that more than 65,000 of the DNA sites they analyzed changed in a clock-like way across the lifespan. When they compared the rates of change to that in humans, they found the epigenetic aging clock ticked faster for chimpanzees.

Biomarker for Neurodegeneration Identified in the Eye

Investigators with Boston University Medical Center found that a well-known biomarker used as for earlier diagnosis of neurodegenerative diseases can be detected in the eye. The marker is neurofilament light chain, a protein that was previously detected in cerebrospinal fluid and blood. It has now been identified in the vitreous humor, the fluid inside the eye. They hope this may accelerate the diagnosis of various neurodegenerative diseases, such as Alzheimer’s, Parkinson’s and others.

Children and Adults Have Two Distinct Immune Responses to COVID-19

Scientists with Yale University and Albert Einstein College of Medicine published research in the journal Science Translational Medicine that describes how children and adults have distinct immune system responses to COVID-19. They believe this explains why adults have much worse outcomes than children, in general. The study found that children express higher levels of two specific immune system proteins, both serum cytokines, called interleukin 17A (IL-17A) and interferon gamma. IL-17A helps mobilize the immune system response during early infection, while interferon gamma fights viral replication. The younger the patient, the higher the levels of IL-17A and interferon gamma. Adults tended to show a more robust adaptive immune system response that included higher neutralizing antibody levels. This records pathogen signatures and targets them for elimination.

Researchers at Boston University identified a potential mechanism to how SARS-CoV-2, the virus that causes COVID-19, results in severe lung inflammation. Studying human stem cell-derived lung cells called type 2 pneumocytes, and infecting them with the virus, they found the virus initially suppresses the lung cells’ ability to signal the immune system to generate interferons to fight off the virus. It instead activates NFkB, an inflammatory pathway.

“The infected lung cells pour out inflammatory proteins,” said Darrell Kotton, the David C. Seldin Professor of Medicine at Boston University School of Medicine and director of the BU/BMC Center for Regenerative Medicine (CReM), and corresponding author of the study. The research was published in the journal Cell Stem Cell.

Global Covid-19 death toll could hit 2 million before vaccine in wide use –...
Scroll to top
Posting....