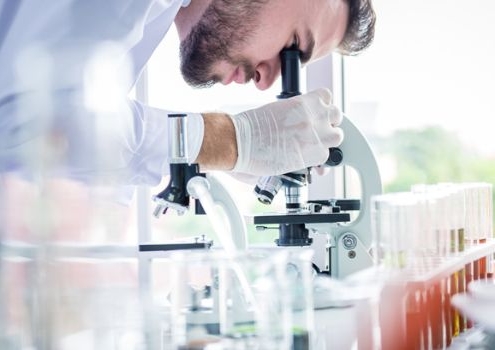 Researchers at Bar-Ilan University in Safed, Israel and the Galilee Medical Center in Nahariya, Israel identified an association between vitamin D deficiency and severity and mortality of COVID-19. The study evaluated vitamin D levels before infection in 1,176 patients admitted between April 2020 and February 2021 to the Galilee Medical Center (GMC).

“Our results suggest that it is advisable to maintain normal levels of vitamin D,” said Dr. Amiel Dror, who led the research. “This will be beneficial to those who contract the virus. There is clear consensus for vitamin D supplementation on a regular basis as advised by local health authorities as well as global health organizations.”

They are not saying that vitamin D deficiency is the only factor in severe COVID-19 but is yet another factor on why some people have mild and asymptomatic disease while others have severe illness and potentially die.

“It is still unclear why certain individuals suffer severe consequences of COVID-19 infection while others don’t,” said co-author Michael Edelstein. “Our finding adds a new dimension to solving this puzzle.”

Denmark’s Hemab Therapeutics announced that its lead drug candidate, HMB-001, is a novel bispecific antibody that might be able to treat Glanzmann Thrombasthenia (GT) and other rare bleeding disorders. GT is marked by prolonged or spontaneous bleeding beginning at birth. People with GT usually bruise easily, have frequent nosebleeds, and may bleed from the gums and develop petechiae or swelling caused by bleeding. About a quarter of GT patients have bleeding into the GI tract. The drug demonstrated dose-dependent accumulation of endogenous factor VIIa (FVIIa) in preclinical studies, with durability to support a once-monthly dosing regimen.

Researchers with the Institute of Science and Technology Austria were evaluating a protein called MFSD1, a relative in mammals of a protein identified earlier in fruit flies as affecting cell migration. They created mouse cancer cells without the protein and found the cells traveled significantly faster. Then, working in mouse models of breast, colon and skin cancer, they found that without MFSD1, there was a strong increase of metastasis.

In a series of experiments, they were able to demonstrate that MFSD1 causes cells’ reactions to both starvation and mechanical stress. MFSD1 affects receptors located at the cell surface, integrins, making sure cells stick to each other and the extracellular matrix. Cells produce the receptors transport them to the cell surface and back inside the cell. Without MFSD1, the cells don’t recycle a specific type of integrin, making the cells attach less to the surrounding tissue and each other, making it easier for them to migrate. 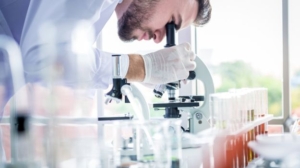 Both emerged about the same time in India in late 2020. They leveraged cryo-electron microscopy to evaluate the atomic-level structure of the viral spike proteins, as well as biochemical assays to determine how strongly the spike protein binds to the ACE2 receptor on human cells. Both variants were able to evade antibodies that target a specific part of the spike protein, the N-terminal domain. But they found that the Delta variant spike protein created stronger bonds with ACE2 receptors than the Kappa variant and the wild-type SARS-CoV-2. The combination of increased antibody escape and stronger ACE2 binding partially explains how Delta became the dominant strain prior to the rise of Omicron. Omicron has a similar ACE2 binding affinity to Delta and has an increased ability to evade antibodies.

What Part of Your Brain Realizes You’re Full After Eating?

A University of Arizona study identified the part of the brain and neural circuitry that mediates satiation, that feeling of being full after eating. Earlier research showed that satiation was located in the central amygdala, the same part of the brain that controls fear, pain and strong emotions. They found that after the amygdala, the satiation signal travels to neurons located in the parasubthalamic nucleus (PSTh). They knew that the gut secretes the hormone cholecystokinin (CCK) to signal the brain that it’s full after eating. They also understood that PKC-delta neurons located in the amygdala mediate the satiation effect of CCK by shutting off other central amygdala inhibitory neurons. In mice, they determined that the neurons activated by CCK and PKC-delta neurons were based in the parasubthalamic nucleus. They hope that this new understanding will help develop drugs for eating disorders or weight management.

Two studies were recently published demonstrating the benefits of COVID-19 vaccines in pregnant women. The first study was funded by the National Institutes of Health and demonstrated that vaccination against COVID-19 protects pregnant women against the disease and their babies. The research included almost 13,000 pregnant women, with about 2,400 infected with COVID-19. The study also showed that pregnant women with moderate COVID-19 symptoms have a higher risk for complications during pregnancy than those who are not infected or have mild or no symptoms. These include a higher chance of a Cesarean section, preterm delivery, death around the time of birth, postpartum hemorrhage, and a higher risk of miscarriage.

A separate study out of Massachusetts General Hospital demonstrated that COVID-19 vaccinations during pregnancy created higher antibody levels in the mothers as well as more persistent antibodies in their babies — greater than that created from natural infection in the mothers.

“Pregnant women are at extremely high risk for serious complications from COVID,” said Dr. Galit Alter, co-senior author of the MGH study. “And given the lag in development of COVID-19 vaccines for infants, these data should motivate mothers to get vaccinated and even boosted during pregnancy to empower their babies’ defenses against COVID.”