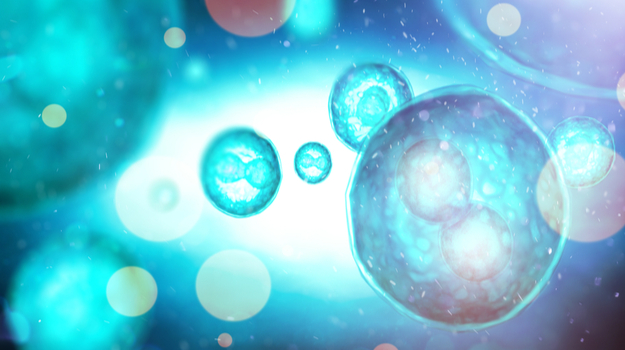 Much of what happens as a human embryo develops is unknown. It’s been defined in animal models, but not in humans. Much of the reason for that is related to ethical limitations on what type of research can be conducted on human embryos. There is a ban, which is called the 14-day rule, on conducting experiments on real human embryos after 14 days of growth.

Researchers at Rockefeller University appear to havefound a way to work around that ethical limitation, although it brings its own set of concerns with it.

The scientists, led by molecular biologist Ali Brivanlou, used human embryonic stem cells to develop living models of human embryos that could be studied in the laboratory. The three-dimensional model of a human epiblast had the size, cell orientation and gene expression roughly equivalent to a day 10 human epiblast.

The team took human embryonic stem cells and placed them into Petri dishes that contained a gel and added a protein. The cells organized into three-dimensional balls that were hollow inside but resemble early embryos.

“Our experimental model looks like a ball—a shell—of cells,” Mijo Simunovic, the study’s first author told NPR. “This is more or less what the embryonic tissue looks like at this stage.”

“This process of symmetry breaking is a major holy grail of development biology,” Brivanlou stated. “Life is a continuation of symmetry-breaking events.”

“Scientifically, this research is important,” George Daley, a leading stem-cell researcher and the dean of the Harvard Medical School, told NPR. “We really don’t have access to the earliest stages of development. And here we have this remarkable tool in a petri dish.”

From an ethics standpoint, the research is promising but does raise some questions. These synthetic embryos have shown the very first signs of developing what is called the primitive streak, which is the earliest indication of the embryo in a fertilized ovum in higher vertebrates. The primitive streak is much like the 14-day rule, in that it typically marks the end of embryonic experiments.

“As the embryo models become much more complete and much further along in showing us how the human body develops after fertilization, one might begin to wonder: At what point do these models effectively just become the real thing?” said Insoo Hyun, a bioethicist at the Case Western Reserve University and Harvard Medical School, who was not involved in the research, reports NPR.

Simunovic, however, is quick to point out that, “These are not actual human embryos. And they would never become human embryos if we let them grow.”

But the researchers are working on developing more sophisticated embryoids, which will undoubtedly continue to challenge medical ethics and experimental guidelines. The International Society for Stem Cell Research, for example, plans to revise its guidelines for this type of research as a result of this study.

“The research is unpredictable,” Hyun told NPR. “The cells are self-organizing in a way that sometimes surprises the researchers—they get a level of complexity that they did not expect. There are dangers lurking ahead.”

The research was publishedin the journal Nature Cell Biology.