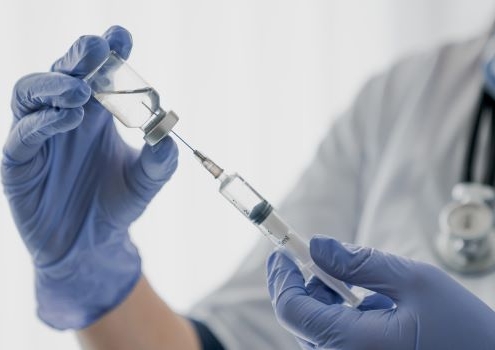 A recent study published in Science Translational Medicine shows that a new flu vaccine appears to protect monkeys against influenza strains that are likely to cause a global pandemic, giving researchers hope that this vaccine could hold the key to providing a future universal flu vaccine for humans.

Approximately 50,000 Americans die from the flu every year. Compared with the novel coronavirus severe acute respiratory syndrome coronavirus 2 (SARS-CoV-2), which is responsible for the coronavirus disease 2019 (COVID-19) pandemic, influenza viruses mutate at a much faster rate, resulting in multiple new strains each year.

In contrast, the SARS-CoV-2 virus typically mutates into different variants of the same virus, rather than mutating into a completely different strain. 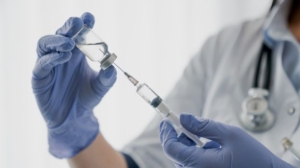 In the new study, researchers added an adjuvant to a flu vaccine to increase the immune system response to the shot among nonhuman primates. Monkeys’ immune systems are similar to humans’, which is likely why the vaccine worked well in the primates compared with mice or ferrets, two animal models featured in the researchers’ prior work.

When the monkeys received the vaccine, they produced a high number of neutralizing antibodies to several different dangerous influenza strains.

Given the promise of this vaccine having a broad protective effect against influenza viruses, the investigators of this study said they have now moved toward testing this vaccine in small human clinical trials. These trials are working toward evaluating the safety and possible immunogenicity of the vaccine in healthy adult volunteers.

In December, another group of developers of a universal vaccine candidate published promising results of their vaccine in Nature Medicine. The vaccine focuses on the stalk of the hemagglutinins, viral proteins that stud their surfaces, resulting in the production of stalk-reactive antibodies in humans.

While the Phase I study only tested the safety and immune response associated with this vaccine, the investigators subsequently found that the antibodies produced from the vaccine in mice protected them from the effects of influenza virus after transferring vaccine-triggered human antibodies into the mice and challenging them with the flu virus.

Developing a universal flu vaccine has been on the forefront of many pharmaceutical companies’ development plans for years, but some companies have found that making headway into developing an effective vaccine has been lackluster at best. BiondVax, a biopharmaceutical company in Israel that is focused primarily on developing a universal influenza vaccine, said in October that their universal flu vaccine candidate M-001 did not lead to a significant reduction in flu illness and severity compared with placebo in a Phase III trial.

“The significant need for better, more proactive flu protection is well-understood by clinicians and public health experts around the world, and we have devoted many years in pursuit of this worthy goal,” said BiondVax’s Chief Executive Officer, Dr. Ron Babecoff, in a statement. “Unfortunately, this study did not have the efficacy outcomes that we anticipated for M-001 on a standalone basis. We have observed in seven previous studies that M-001 safely provoked an immune response to a broad range of flu strains, but ultimately this was not sufficient on a standalone basis to show protection.”