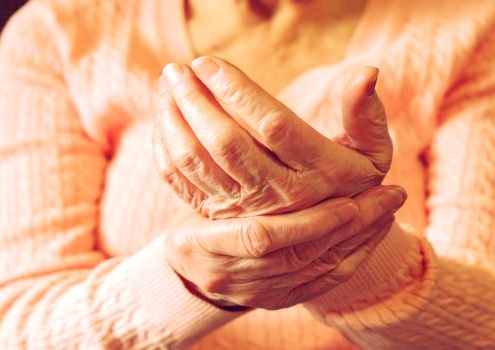 Researchers may have unlocked mechanism driving inflammation in rheumatoid arthritis

Researchers at Hokkaido University in Japan, in a collaboration with American scientists, may have unlocked the mechanism that drives widespread inflammation in inflammatory diseases, such as rheumatoid arthritis (RA), psoriasis and atherosclerosis. Hypothesis testing used mouse models with RA and confirmed that the inflammatory response spread is linked to neural crosstalk. The findings were published today in ScienceDaily.

Inflammatory diseases, including RA, are lifelong conditions in which the body attacks its own healthy cells and causes an overabundance of inflammation. These diseases are also described as autoimmune disorders. In RA, inflammation is primarily seen in joints. The inflammatory response spreads throughout the body, but until now, the mechanism that enables remote inflammation had not been identified. 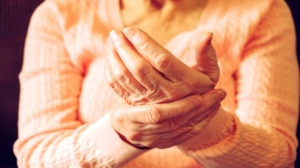 The answer to remote inflammation was found deep within already established research on the gateway reflex. This reflex involves the secretion of adenosine triphosphate (ATP) neurotransmitters to mediate the flow of immune cells across the blood-brain barrier and into tissue. To make this journey, the immune cells travel through blood vessels that adjust according to the direction relayed through neural crosstalk during the gateway reflex. A review of this previous research led to the hypothesis that neural crosstalk is how inflammation spreads to the entire body.

The mouse models used for hypothesis testing were divided into experimental and control groups. Both of these groups had RA induced in the left ankle. The experimental group alone had the sensory neural circuit disrupted between the right and left ankles to observe the effects on the inflammatory spread. In the control group, inflammation migrated to the right ankle, as is seen in typical RA remote inflammation. However, in the experimental group, remote inflammation was inhibited. Additional research will be necessary to determine whether this discovery applies to humans as well as mice.

Hokkaido University has been involved in other research centered around the COVID-19 pandemic. One of these collaborations was conducted with Shionogi & Co., Ltd. and led to the formulation of a novel COVID-19 antiviral therapeutic, S-217622. After the identification of the 3CL protease enzyme, the research team began formulating S-217622 to selectively inhibit the 3CL protease replication cycle. Clinical trials for the therapeutic began in July of 2021.

To determine how age affects the mortality and severity of COVID-19 infection, Hokkaido University researchers modeled data from three countries. The model showed that, while age isn’t specifically a factor, the likelihood of infection related to age and the likelihood that a patient would be infected by a severe form of COVID-19 are both factors in elderly mortality.

In an effort to look deeper into the Delta variant, as it became one of the most prominent COVID-19 virus variants to circulate the globe, Hokkaido University researchers got to work predicting how dominant the variant would become. The research was designed to be conducted ahead of the Tokyo Olympic Games that occurred in July of 2021. The team’s research showed that the Delta variant is up to 40% more transmissible than the Alpha variant that preceded it.