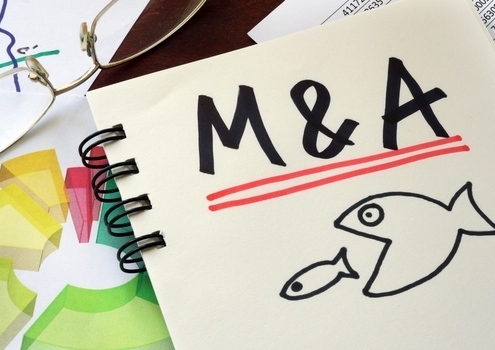 Switzerland’s Roche acquired Stratos Genomics for an undisclosed amount. Stratos is a genetic sequencing company and Roche is interested in the company’s unique chemistry, Sequencing by Expansion (SBX). Roche hopes to advance the development of its own nanopore sequencer, which would use a new approach combining electronic and biological components to sequence DNA quickly and at low cost.

“Roche is dedicated to creating innovative diagnostics for the most challenging clinical conditions with techniques that are tailored to individual genetic and disease profiles,” said Thomas Schinecker, chief executive officer of Roche Diagnostics. “These solutions address the demands of research and clinical practice to deliver on the promise of personalized healthcare for patients. We look forward to further advancing our sequencing technology as we move to the next generation of healthcare and welcome the world-class scientists and employees from Stratos Genomics to Roche.”

Stratos is headquartered in Seattle. SBX is a fourth-generation DNA sequencing technology that leverages a simple biochemical reaction to encode the sequence of a DNA molecule into “a highly measurable surrogate polymer called an Xpandomer.”

These polymers then code for the sequence information in high signal-to-noise reporters that allow single molecule sequencing in a low-cost nanopore instrument. The process is fast, less than one hour, which allows for rapid diagnostics and treatment. It eliminates much of the sample prep required by other sequencing technologies.

“We are thrilled to join the Roche family, which will allow us to combine our unique Sequencing by Expansion chemistry with the Roche nanopore sequencer,” said Mark Kokoris, president and chief executive officer of Stratos. “With our combined expertise and complementary technologies, we are well-positioned to open the path to deliver scalable, high-performance sequencing to clinicians and researchers.”

There has been quite a bit of maneuvering among sequencing companies. Most prominently, last year Illumina was working to acquire Pacific Biosciences of California (PacBio) for $1.2 billion. The U.S. Federal Trade Commission (FTC), however, alleged that Illumina was trying to unlawfully maintain a U.S. monopoly for next-generation DNA sequencing (NGS) systems by removing PacBio as a competitive threat.

The FTC stated, “The complaint also alleges that the proposed acquisition is illegal because it may substantially lessen competition in the U.S. NGS market by eliminating current competition and preventing future competition between Illumina and PacBio. The Commission also authorized staff to seek a temporary restraining order and a preliminary injunction in federal court, if necessary, to maintain the status quo pending the administrative proceeding.”

As part of the deal, Illumina granted Roche rights to develop and distribute IVD tests on Illumina’s NextSeq 550Dx System, in addition to its future portfolio of Dx sequencing systems, including the NovaSeqEX. Roche agreed to collaborate on the TSO 500.

Illumina holds about 80% of the global DNA sequencing market.

In June 2018, Roche acquired Foundation Medicine for about $2.4 billion. Based in Cambridge, Massachusetts, Foundation is an oncology molecular information company offering a full suite of comprehensive genomic profiling (CGP) assays used to identify molecular changes in cancer patients and match them to appropriate therapies and clinical trials. The agreement between Illumina and Roche aligned Illumina with Foundation, which some analysts believed was a warning to other companies in the NGS space, including Thermo Fisher and Agilent.

In 2012, Roche attempted a $6.8 billion hostile takeover of Illumina, but the deal never came together.