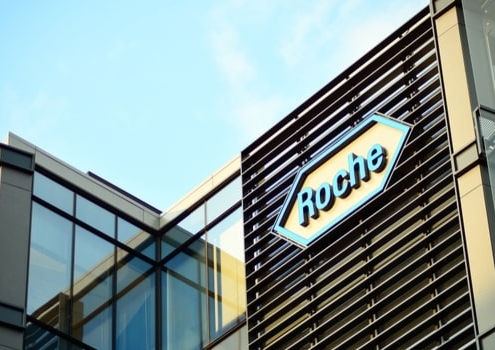 Roche presented results from several Phase II and III trials at the 7th Congress of the European Academy of Neurology (EAN) Annual Meeting held virtually June 19-22. Some of the results specifically underscored the efficacy and safety of EVRYSDI™ (risdiplam) for motor neuron disease, Enspryng® (satralizumab) for neuromyelitis optica spectrum disorder (NMOSD) and OCREVUS® (ocrelizumab) for relapsing/remitting multiple sclerosis. Several additional studies were outlined for other conditions, including programs for Alzheimer’s disease, Huntington’s disease and Parkinson’s disease.

Here are some of the highlights:

Roche’s Sunfish trial studied risdiplam in patients with Type 2 or non-ambulatory Type 2 spinal muscular atrophy (SMA). In an oral presentation during EAN, Andres Nascimento, M.D., of the Hospital of Sant Joan De Déu in Barcelona, said the Sunfish Part 2 study showed efficacy and “motor function stability or continuous improvement during the second year of treatment in terms of the level of help needed for activities of daily living.”

He also noted a decrease in adverse events for both the risdiplam and the placebo/risdiplam arms of the the trial.

“SMA is a progressive disease,” Nascimento pointed out. A chart showing a steady decline in the 32-item Motor Function Measure (MFM32) total scores from baseline from zero to -3  over a two-year period contrast markedly with that for patients receiving risdiplam. Between 35% and 40% of the 120 risdiplam patients actually increased three MFM32 points during the two-year trial, and approximately 65% to 75% increased at least one MFM32 point. The mean score of the combined group before treatment was 46.11.

Revised Upper Limit Module (RULM) scores also increased about three points during the study for those treated with risdiplam, and about two points on the Hammersmith Functional Motor Scale (HFMS).

Importantly, “The patients maintained a good response and did not lose point during the two-year period.” Patients and caregivers reported continued improvement. “Without therapy, they usually say difficulties in daily life increase,” Nascimento told the virtual audience.

Adverse events reflected the underlying disease and were not attributed to receiving or discontinuing treatment.

“These results are an important milestone showing safety and efficacy in patients with Type 2 and non-ambulatoy Type 3 SMA,” Nascimento added.

In a following presentation, Jeffrey Bennett, M.D., University of Colorado School of Medicine, detailed the efficacy and safety results of satralizumab in adults with AQP4-IgG seropositive neuromyelitis optica spectrum disorder (NMOSD). Enspryng® (satralizumab) is a humanized monoclonal antibody that targets interleukin-6 receptor activity, which is thought to be an important driver of NMOSD by means of triggering the inflammation cascade. Satralizumab is designed to enable subcutaneous dosing every four weeks.

“Satralizumab significantly reduced the risk of relapse (defined as new or worsening symptoms) in these NMOSD patients,” Bennett reported. “The reduction was 78% in SAkuraSky and 74% in SAkuraStar (the extended study), compared to placebo.”

Rates of adverse events were comparable between the placebo and satralizumab groups. The infections that occurred more often among those in the satralizumab group in the SAkuraSky study were nasopharyngitis and upper respiratory track infections, while in the SAkuraStar study, the most common events were nasopharyngitis and cellulitis. The duration of treatment did not affect the rates of infectious or adverse events during the five years patients were followed.

“NMOSD is a rare autoimmune condition…that is commonly misdiagnosed as multiple sclerosis,” Sophie Schneider, data scientist at Hoffman La Roche, pointed out in another presentation. Schneider and colleagues are developing an algorithm that can be applied to a German health care claims database to identify patients with NMOSD and, more specifically, those with relapses, active or inactive disease periods.

Schneider and colleagues conducted a six-year retrospective study of approximately 3.2 million patients involving 12 algorithms. Two of those were selected for further analyses.

Ultimately, although the algorithms detected NMOSD cases with the expected disease prevalence and age ranges, they detected a lower-than-expected proportion of females and less relapse information.

“Limitations included a high chance of underdiagnosis or misdiagnosis on the claims database and an absence of biomarker data,” she concluded. “External validation against medical charts and AQP4-IgG, therefore, is recommended.” 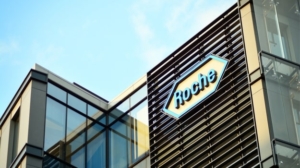 Ocrelizumab is a monoclonal antibody that targets CD20+ B cells, which are thought to contribute to myelin and axonal damage and thus lead to disability in those with MS. It is administered intravenously every six months.

“There was a clear benefit in the two years of the study, and there was a continuous improvement,” Comi said.

He found that patients administered ocrelizumab had declining Work Productivity and Activity Impairment (WPAI) scores from baseline to two years, reflecting improvements in productivity and activity.

Worktime missed dropped from nearly 11 days at baseline to slightly over 5 days after two years. Likewise, activity impairment fell from nearly 32 to nearly 25 on the WPAI scale.

“There also was a positive correlation between changes in WPAI scores and changes in total SymptoMScreen scores from baseline to year two,” he said, that correlated with an improvement in work productivity.

Therefore, he concluded that patients who had a sub-optima response to other treatments could benefit by switching to ocrelizumab.