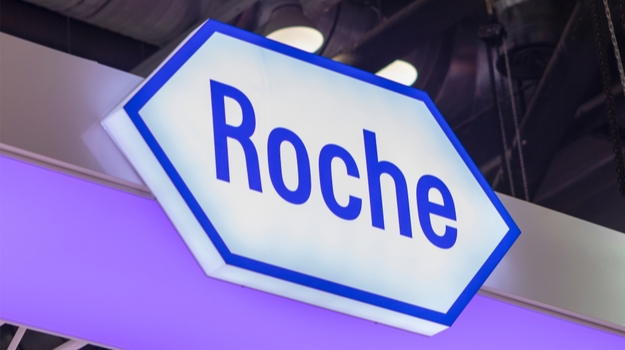 A year after Bristol-Myers Squibb walked away from acquiring Promedior and its fibrotic treatment portfolio, Swiss pharma giant Roche has stepped in to acquire the company and its pipeline for up to $1.4 billion.

At the heart of the deal is Promedior’s lead product, PRM-151, which received Breakthrough Therapy Designation from the U.S. Food and Drug Administration in March for the treatment of idiopathic pulmonary fibrosis (IPF). Earlier this year, ahead of the designation, Promedior reached an agreement with the FDA for the design of a Phase III registrational study in idiopathic pulmonary fibrosis, with forced vital capacity as a primary endpoint. PRM-151 is a novel investigational anti-fibrotic immunomodulator, a recombinant form of human pentraxin-2 (PTX-2) protein.

For Roche, PRM-151, should it hit its developmental and regulatory milestones, will bolster the company’s existing IPF drug, Esbriet. The medication became part of the company’s pipeline in 2014, after Roche acquired Brisbane, Calif.-based InterMune, in an $8.3 billion deal. Esbriet was approved by the U.S. Food and Drug Administration two months after the acquisition was announced. Roche and its subsidiary Genentech have been waging a legal battle to prevent competitors from selling generic versions of Esbriet. The only other approved therapy for IPF is Boehringer-Ingelheim’s Ofev.

In addition to idiopathic pulmonary fibrosis, PRM-151 has also shown promising early clinical trial data in myelofibrosis (MF) and its anti-fibrotic mechanism has therapeutic potential in other fibrotic diseases, Promedior said in its announcement.

“With our proven track record in IPF with Esbriet, as well as in hematological cancers, we are well-positioned to leverage our clinical and commercial expertise to bring PRM-151 to patients as fast as possible,” Sabry said in a statement.

Under the terms of the agreement, Roche will make an upfront cash payment of $390 million, plus additional contingent payments of up to $1 billion based on the achievement of certain predetermined development, regulatory and commercial milestones.

It was only four years ago that BMS was set to acquire Promedior. In 2015, the companies struck a deal that was worth up to $1.25 billion, with $150 million in upfront cash put down by BMS. The big company walked away though and Roche stepped in for a deal.

Idiopathic pulmonary fibrosis is a fatal disease caused by progressive scarring of the lungs, which makes breathing difficult and prevents the heart, muscles and vital organs from receiving enough oxygen to work properly. The disease can advance quickly or slowly, but eventually, the lungs will harden and stop working altogether. There is no known cure for IPF. The median survival time from diagnosis is two to five years, and the five-year survival rate is approximately 20% to 40%.

In Phase II, PRM-151 demonstrated both prevention and reversal of fibrosis, Promedior said.  Results from that trial demonstrated that PRM-151 is the first molecule to show significant lung function improvements on top of current therapies in IPF, the company added.

“With over a decade of research, development and investment, Promedior has demonstrated the unique ability of its pentraxin-2 platform to deliver disease-modifying potential in fibrotic disorders. Due to Roche’s strong expertise in IPF, hematological cancer and other fibrotic disorders, we believe Roche is ideally positioned to bring the potential of our platform to patients and provide new treatment options within these areas of urgent unmet medical need,” Jason Lettmann, chief executive officer of Promedior said in a statement.