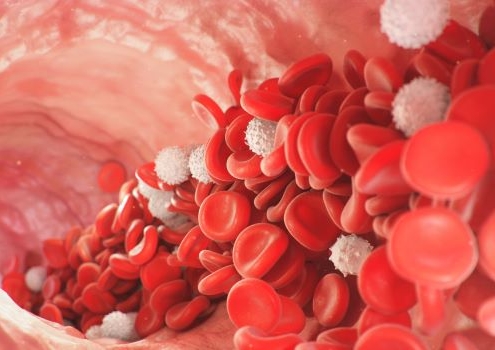 Hemavant is the latest company, or ‘Vant’, to be launched by Switzerland-based Roivant. Other companies under the umbrella include Dermavant, Genevant, Immunovant, Kinevant and others. Roivant first announced the licensing of RVT-2001 at the J.P. Morgan Healthcare Conference in January. Roivant intends to develop RVT-2001 as a first-in-class therapy for transfusion-dependent anemia in patients with lower-risk myelodysplastic syndromes (MDS), a group of hematologic malignancies characterized by cytopenias and abnormal blood cells.

Previously generated data from Eisai showed that RVT-2001 (formerly known as H3B-8800) achieved a red blood cell transfusion independence rate of over 30% in 19 patients with lower-risk, transfusion-dependent MDS. Of those patients, 15 had previously been treated with Bristol Myers Squibb’s Revlimid (lenalidomide) and/ or hypomethylating agents.

Gline said the data did not indicate if the SF3B1 modulator was an appropriate therapy for those indications, but the company saw the opportunity in transfusion-dependent anemia or the treatment of transfusion-dependent anemia in lower-risk myelodysplastic syndrome. Gline said this is an area that has already been validated by BMS’ Reblozyl (luspatercept) that is fast approaching the $1 billion mark in sales only five quarters after launch. He said Reblozyl is forecast to generate about $4 billion in peak sales in the lower risk MDS population, the same area where RVT-2001 will be aimed. 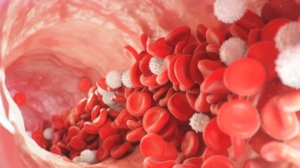 “And our interest in that population is driven…by some encouraging proof-of-concept data in the 80 plus patient Phase I/II study that’s been conducted in our drug…we have a multi-pronged development strategy to optimize the drug’s impact in that patient population before getting to it,” Gline said according to a transcript of the call.

Lower-risk patients make up a significant portion of the estimated 115,000 MDS cases across the globe. While there are therapies on the market, such as Reblozyl, Gline said they are not very effective as first-line treatments. He noted that Reblozyl and Revlimid “leave room for improvement.”

“Our initial plan is to target second line, principally in SF3B1-mutated patients with the potential to expand across other spliceosome mutations as well as to expand to patient populations who are refractory to luspatercept,” he continued.

Gline further noted that the data for RVT-2001 has shown that they are seeing a higher response rate in previously treated patients than those treated with Revlimid or Reblozyl. Gline said that in previous trials, RVT-2001 led to a red blood cell transfusion independence rate of more than 30%. In contrast, Phase II data showed that transfusion independence was observed in 13% of Reblozyl patients and only 12% with Revlimid patients.

Elsewhere in the world of Vants, Gline pointed to the potential approval of Dermavant’s tapinarof for psoriasis. The U.S. Food and Drug Administration is expected to make a decision in the second quarter of this year. Should it be approved, Dermavant intends to quickly launch the drug that Gline believes is a potential blockbuster treatment. To support that effort, Dermavant has hired key commercial leadership positions in preparation for launch.

In addition to psoriasis, Dermavant also expects to report topline data from the Phase III clinical trial of tapinarof for the treatment of atopic dermatitis in the first half of 2023.