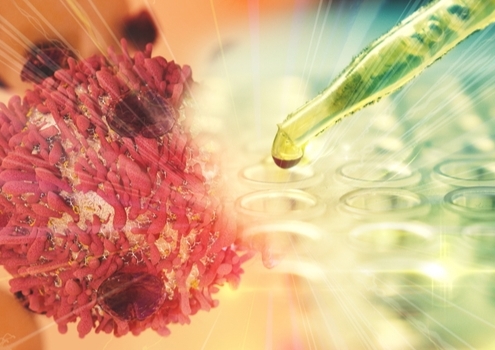 Rubius Therapeutics is minimizing its focus on its rare disease pipeline and taking greater aim at developing treatments for cancer and autoimmune diseases. Company stock closed down 39% on Thursday to $3.99 per share.

On Thursday, the company announced a strategic decision to reprioritize its focus on how its RED PLATFORM could be better used for these indications. Cambridge, Mass.-based Rubius’ technology platform is designed to genetically engineer and culture Red Cell Therapeutics that are “selective, potent and off-the-shelf allogeneic cellular therapies for the potential treatment of several diseases across multiple therapeutic areas.” In its announcement, Rubius pointed to its lead oncology program, RTX-240, a broad immunostimulatory Red Cell Therapeutic. The company said the U.S. Food and Drug Administration has approved its Investigational New Drug Application and will soon begin dosing patients in a Phase I trial.

RTX-240 is an allogeneic cellular therapy that is engineered to broadly stimulate the adaptive and innate immune systems to generate an antitumor response, according to company data. Rubius said RTX-240 may provide a different approach to treating solid tumors as the asset “expresses 4-1BBL and IL-15TP, a fusion of IL-15 and IL-15 receptor alpha, on the cell surface with the goal of improving antitumor activity and overcoming resistance to immunotherapy” in cancer patients whose disease has become resistant or refractory to immunotherapies, including checkpoint inhibitors.

In addition to RTX-240, Rubius is also eying the filing of an IND for RTX-321, its first artificial antigen-presenting cell for the treatment of HPV-positive cancers. The company anticipates that filing by the end of 2020. Manufacturing for the two oncology assets will be supported at its Rhode Island facility, which Rubius said it now cGMP ready to produce clinical supply for the assets.

In the autoimmune setting, Rubius is focusing on T cell-mediated autoimmune diseases and is pursuing Type 1 diabetes, along with a number of other undisclosed programs. The company expects to provide an update on its preclinical autoimmune pipeline in the future.

Pablo J. Cagnoni, president and chief executive officer of Rubius, said for the past two years, the company has generated exciting oncology preclinical data, which has demonstrated the ability of its Red Cell Therapeutics to “broadly activate the immune system, and induce tumor-specific responses by activating and expanding antigen-specific T cells with our artificial antigen-presenting cells.”

“By focusing on the development of our oncology and autoimmune pipeline, we believe we will have the greatest opportunity to bring life-saving therapies to patients, enhance shareholder value and extend our cash runway into 2022,” Cagnoni said in a statement. “With our internal cGMP manufacturing established, we are well-positioned to advance this entirely new class of allogeneic cellular medicines.”

As a result of its new focus, Rubius is deprioritizing its RTX-134 program for the treatment of phenylketonuria (PKU), as well as its other rare disease programs. The company said there were multiple factors that lead to its decision, including unanticipated delays mostly due to manufacturing challenges with the company’s contract manufacturing organization. Other challenges included the high cost associated with producing chronic, high-dose therapy for enzyme deficiencies and the continued momentum of the company’s oncology pipeline, Rubius said.

The first patient in the Phase Ib PKU trial was dosed in January. The company noted that the patient’s response to the treatment was well-tolerated but any results were “uninterpretable possibly due, in part, to the low dose of cells administered and the sensitivity of the flow cytometry assay used to detect circulating cells.” The company has discontinued the trial.

Future capital investments and improvements in manufacturing efficiency, together with enhancements to the RED PLATFORM, may enable Rubius to revisit chronic, high dose-dependent conditions in the future, the company announced.