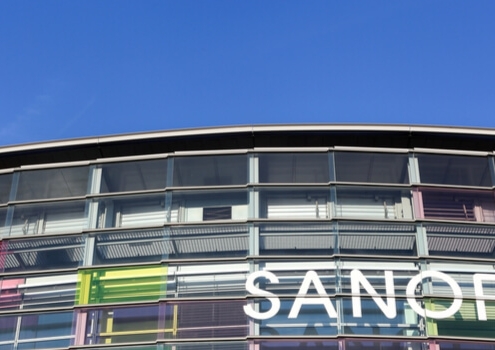 Sanofi Rumored to Be Considering Acquisition of Principia

Rumors are flying that Paris-based Sanofi has a $50 billion budget for mergers and acquisitions and is taking a look at U.S.-based biotech companies. At the top of the list, reportedly, is South San Francisco-based Principia Biopharma.

The two companies inked a deal in in November 2017 where Sanofi licensed Principia’s Bruton’s tyrosine kinase (BTK) inhibitor as a possible treatment for multiple sclerosis (MS) and other central nervous system disorders.

At the time, Martin Babler, chief executive officer of Principia, said, “Sanofi is an ideal partner for PRN2246. The agreement allows Principia to maximize the BTK opportunity in neurology with a strong partner for PRN2246 while focusing internal resources on our lead BTK inhibitor in another therapeutic area.”

Unidentified sources told Bloomberg that the French company was working with advisers on potential deals. When Paul Hudson took over the reins of the company in 2019, he pledged to reinvigorate the company by focusing on fast-growing areas. The sources admit there’s no guarantee a deal will actually occur.

The $50 billion figure came about after Sanofi indicated it was disposing of its stake in Regeneron Pharmaceuticals in May. At the time, analysts at Bank of America believed the focus of any deals besides cancer and gene therapies would be for immunology. Principia is developing rilzabrutinib for immune diseases, with pemphigus the lead indication. Pemphigus is a rare disease that results in blisters of the skin and mucous membranes. Like the drug it licensed to Sanofi, it is a BTK inhibitor.

Analysts, in general, are in favor of a Principia deal.

“Sanofi will owe $660 million in milestone payments to Principia, as well as mid-teens royalties that could be worth a cumulative ~$3.5 billion based on the sales of multiple sclerosis drug Tecfidera (potential $4 billion+ combined lifetime payments from Sanofi to Principia),” wrote SVB Leerink analyst Geoffrey Porges in a note to clients. “Furthermore, Principia currently holds an opt-in to increase its economics for ‘168, and these increased economics would also affect any indication Sanofi pursues beyond MS. Sanofi’s takeout of Principia could save multiple billions in milestones/royalties, which could alone provide justification for a takeout premium on top of Principia’s current ~$1.7 billion market cap. The transaction would also provide Sanofi with the leading BTK inhibitor for immunology (rilzabrutinib) and a promising Tailored Covalency platform.”

Although Babler, of course, had glowing things to say about Sanofi in 2017, there’s no guarantee he and his board and executive team would want such a deal. And not all analysts think Principia would be a good investment.

In January, Sahm Adrangi’s Kerrisdale Capital, argued that Principia’s pipeline was “worthless” and that is approach to autoimmune diseases is “misguided.”

Kerrisdale is a short seller that has made previous attacks on Bavarian Nordic and Proteostasis Therapeutics. Not only is Kerrisdale not a fan of Principia’s pipeline but doesn’t believe using BTK inhibitor for autoimmune diseases is an effective development strategy. However, they displayed positive Phase II trial data, which resulted in Sanofi initiating four Phase III trials for the BTK drug. 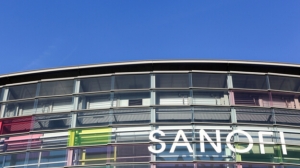 At the time, Sanofi’s John Reed, head of R&D, said, “This molecule may be the first B-cell-targeted MS therapy that not only inhibits the peripheral immune system, but also crosses the blood-brain barrier to suppress immune cells that have migrated into the brain, while also modulating the brain-resident microglia cells that have been implicated in MS progression.”

Overall, Principia’s pipeline is based on using BTK inhibitors to slow B-cell attacks against healthy cells and tissues. BTI inhibitors are established treatments for B-cell cancers. This is part of Kerrisdale’s issue with Principia, arguing that other companies’ failures, including Bristol Myers Squibb, Gilead and Roche’s attempts to develop BTK inhibitor for autoimmune diseases all failed.

Hudson, after the MS drug passed through Phase II, argued that they could pick up half of the $20 billion market for multiple sclerosis drugs.