Merck’s HIV strategy took a major hit as a “very important” aspect, MK-8507, has been paused in development after patients experienced a low white blood cell count. Merck has been working on a once-weekly treatment regimen, combining MK-8507 with islatravir, for HIV patients. But in this Phase II trial, patients who received the highest doses of MK-8507 saw a drop in lymphocyte and CD4+ T-cell counts, which potentially opened them up for infection.

While the pharma giant was quick to point to MK-8507 as the cause, it’s possible that islatravir also played a role. When going back over results from previous islatravir trials for pre-exposure prophylaxis (PrEP), higher doses of the drug did reduce white blood cell counts in patients but were “within normal range.” Two Phase III trials combining islatravir with doravirine once-daily also saw a decrease in those same cell counts. But with every occurrence, there was no increase in infections found for the patients.

Merck has stopped dosing in the trial and will continue monitoring the 161 study participants.

The company “remains confident in islatravir’s overall profile” and will continue developing the drug to work in its internal programs as well as its collaboration with Gilead. The two companies are working together to combine Gilead’s lenacapavir and islatravir to create a long-acting cocktail taken orally and injected. The combo is intended as a once-weekly treatment, a big boost in convenience for HIV patients. A Phase II study was initiated this fall.

A call for more timely HIV treatment is sounding. ViiV Healthcare’s Cabenuva was approved by the FDA in January for once-a-month dual injection and is gunning for label expansion to every-two-month dosing. 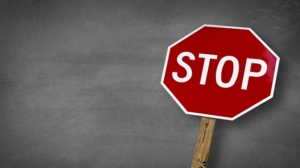 East coast neighbor Enanta is also feeling the sting of a failed program with its HBV trials. After a Phase I trial, the Massachusetts biotech is dropping EDP-721, an oral hepatitis B virus RNA destabilizer, after healthy participants experienced safety signals.

The occurrences were a bit surprising because the candidate had a “clean preclinical safety profile demonstrated in comprehensive toxicology studies.”

“Patient safety is our top priority, and we have therefore decided to discontinue further development of this compound,” said Enanta CEO Jay Luly.

“We are committed to developing a functional cure for chronic hepatitis B patients, and remain confident in EDP-514, our HBV core inhibitor, which has demonstrated safe and robust antiviral activity in Phase 1b studies of viremic and NUC-suppressed patients with chronic HBV infection.”

The company’s prior work on a protease inhibitor for HCV was out-licensed to AbbVie, who snagged approval in 2019 to market under the name Mavyret. Most patients only require eight weeks of treatment for their hepatitis C infection.

Last month, Enanta scrapped two clinical stage NASH treatments in development, even though Phase IIb data showed some promise. Opening the two candidates for an out-licensing deal, the decision refocused the company on its other pipeline candidates. The company believes both candidates are “well-positioned to be an important component of a combination therapy to bring a much-needed treatment to patients with NASH.”

Moving ahead with its HBV core inhibitor, positive Phase Ib data was announced for EDP-514 last week. The candidate was safe and well tolerated both alone and in combination with NUC therapy.

“Importantly, EDP-514 has robust antiviral activity across all dose groups… These data are supportive of a once-daily oral dosing regimen that could provide a foundation for a combination therapy approach to achieve functional cures for chronic HBV patients,” said Luly.