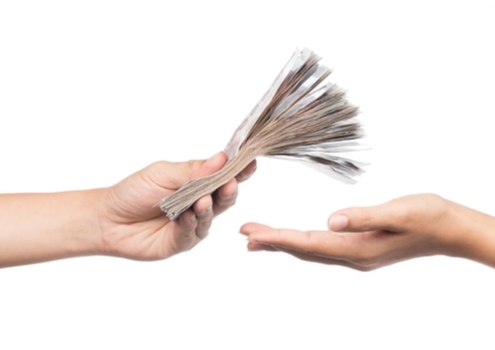 Less than a year after Sandoz, the generics arm of Novartis, vowed to fight allegations that it was involved in a scheme to manipulate the price of generic drugs along with other drugmakers, the company has changed course and agreed to pay a $195 million penalty to the U.S. government.

The U.S. Department of Justice charged New Jersey-based Sandoz with four counts of conspiring to rig bids and fix prices for generic drugs. The charges are part of an ongoing federal investigation into generic drugmakers that have, according to the government, conspired to manipulate the prices of hundreds of drugs. In addition to Sandoz, companies that have been named in the allegations include Teva, Mylan and others.

Last year, when Novartis vowed to fight the allegations, the company said the claims against Sandoz were without merit and added that Sandoz took its obligations regarding antitrust laws seriously.

“We will continue to be committed to providing high-quality, affordable medicines to U.S. patients, and conducting business with customers and the government with integrity,” Novartis said at the time.

By settling the criminal charges, Sandoz admitted it participated in the antitrust conspiracies in four ways, the government said. The company conspired to elevate prices on certain topical treatments, including clobetasol, desonide ointment and nystatin triamcinolone cream. Additionally, Sandoz admitted to conspiring with Kavod Pharmaceuticals to fix prices for benazepril HCTZ. Kavod, formerly known as Rising, had already settled its role in this matter. Sandoz also agreed that it conspired with two unnamed generic drugmakers, one in Michigan and one in Pennsylvania, to fix prices on desonide ointment and tobramycin inhalation solution.

Assistant Attorney General Makan Delrahim, of the DOJ’s Antitrust Division, said the resolution with Sandoz is a “significant step toward ensuring that prices for generic drugs are set by competition, not collusion.” He added that the companies “cheated” patients who purchased these medicines.

“Sandoz conspired for years with other manufacturers and their executives to raise prices for critical medications, and the Antitrust Division will continue its ongoing investigation to hold both individuals and corporations accountable for these crimes,” Delrahim said in a statement.

In addition to Sandoz and the two other companies that have settled with the government, the Antitrust Division at the Department of Justice has also filed charges against four individual pharmaceutical executives for their role in the price-fixing scheme. Of those, three executives have pleaded guilty, including former Sandoz executive Hector Armando Kellum, who entered his plea last month. For his role, Kellum faces up to 10 years in prison and a $1 million fine.

Ara Aprahamian, a former sales executive with Taro Pharmaceuticals, was indicted in February 2020 and is awaiting trial. Aprahamian is charged with participating in the price-fixing conspiracies when he was the vice president of sales and marketing of New York-based Taro. According to the indictment, Aprahamian conspired to increase prices for numerous drugs, including, but not limited to, medications used to treat and manage arthritis, seizures, pain, various skin conditions, and blood clots.