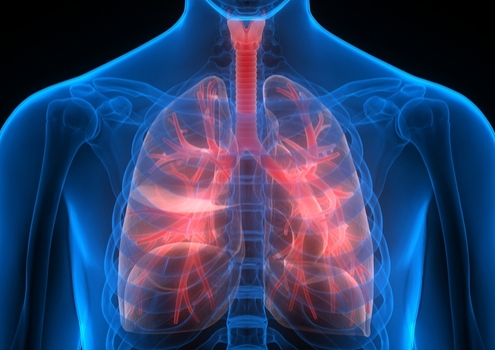 Sanofi and Regeneron halted a Phase III study of its checkpoint inhibitor Libtayo (cemiplimab) as a monotherapy treatment for advanced or metastatic non-small cell lung cancer (NSCLC) due to early signs of significant improvement in overall survival.

The Phase III study was halted early based on the recommendation of the Independent Data Monitoring Committee. Sanofi, which is developing the lung cancer treatment in partnership with Regeneron, said this morning that the two companies are eying regulatory submissions later this year after Libtayo decreased the risk of death by 32.4% compared to chemotherapy. If approved, Sanofi and Regeneron will try to muscle their way into the lucrative cancer space with their checkpoint inhibitor – a space that is dominated by Merck’s Keytruda, which is well on its way to becoming the top-selling drug in the world. In addition to Keytruda, Libtayo could also take on Roche’s Tecentriq, which is currently being reviewed by the U.S. Food and Drug Administration as a monotherapy in the same indication.

Libtayo targets the immune checkpoint receptor PD-1 on T-cells and has been approved as a treatment for adults with metastatic cutaneous squamous cell carcinoma (CSCC) or locally advanced CSCC who are not candidates for curative surgery or curative radiation.

The late-stage trial was assessing Libtayo in lung cancer patients who tested positive for PD-L1 in more than 50% of tumor cells. The IDMC halted the trial after Libtayo demonstrated that it decreased the risk of death by 32.4% compared to chemotherapy, despite the fact that one-third of trial patients entered the study within the past six months. The trial also allowed for chemotherapy patients who saw their disease progress to cross-over to taking Libtayo, Sanofi and Regeneron announced. No new safety signals were observed. Full trial details will be presented at a future medical meeting, the companies said.

John Reed, Global Head of Research and Development at Sanofi, said the late-stage study is the largest clinical trial evaluating a PD-1 inhibitor as a first-line monotherapy in patients with advanced non-small cell lung cancer with high PD-L1 expression. He called the results encouraging and said the companies look forward to “advancing a potential new treatment option for these patients.”

“While demonstrating a survival benefit in first-line NSCLC has been challenging for immunotherapies, the one FDA-approved anti-PD-1 monotherapy has changed the therapeutic paradigm,” George D. Yancopoulos, chief scientific officer of Regeneron said in a statement. “We are pleased with the results of this trial that demonstrate the survival benefit of Libtayo in these patients and hope it may become a potential alternative for physicians and patients.”

A separate Phase III trial evaluating a first-line combination of Libtayo and chemotherapy in patients with advanced NSCLC irrespective of PD-L1 expression is also underway and expected to be fully enrolled in 2020.

Approximately 85% of all lung cancers are NSCLC, with an estimated 25% to 30% of cases expected to test positive for PD-L1 in more than 50% of tumor cells.