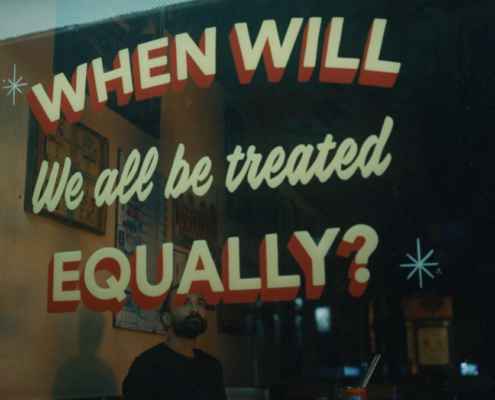 TORONTO – JANUARY 12, 2022 – Scarborough Health Network (SHN) Foundation is launching a historic new campaign, “Love, Scarborough,” to support their goal of raising $100 million in funds to help close the healthcare gap. The integrated campaign, created by Ogilvy Toronto, launches this week, and will be featured across TV, cinema, print, radio, and online.

If the past two years have taught us anything, it’s that sickness is without prejudice. Regardless of race, class, gender, or age, we’re all at risk of needing urgent medical care. While each one of us can become ill, access to health care and quality of care can vary significantly. Sadly, we aren’t all equal when it comes to health care. This is the challenge currently facing Scarborough, which accounts for 25% of Toronto’s population yet receives less than 1% of the hospital donations. SHN is made up of three hospitals that serve one of the most diverse communities in the whole country. Scarborough is home to many new Canadians, who often speak a primary language other than English, and SHN serves a catchment area of nearly a million people. SHN is committed to providing world-class, inclusive care for Canada’s most diverse community, but it’s significantly underfunded.

“Love, Scarborough” is built around the idea of an open letter from Scarborough to the rest of the city imploring them to help level the playing field. The campaign looks to raise awareness for the need to close Toronto’s healthcare gap by driving donations not just from Scarborough, but across the Greater Toronto Area. The integrated campaign, created by Ogilvy Toronto, launches this week, and will be featured across TV, cinema, print, radio, and online.

Throughout the campaign, the font that is featured was created from the real handwriting of 26 different individuals connected to SHN – one for each letter of the alphabet. On LoveScarborough.ca, people can learn about these people’s stories and even submit their own story using the font, aptly named “Scarborough Sans”.

Alicia Vandermeer, President and CEO of SHN Foundation, said: “Although Scarborough is the GTA’s most economically disadvantaged community and serves a catchment area of nearly 1 million people, our hospitals have been left behind. SHN receives only a small fraction of the hospital donations to care for our community. We’re doing incredible work with what we have, but we could be doing so much more.”

Noah Feferman, Group Creative Director at Ogilvy Toronto, said: “Learning about the health care gap within our own city really struck us. Especially when you realize it’s largely new Canadians and people with lower household incomes who are getting the short end of the stick. That was the challenge for us. How do we make the rest of Toronto pay attention?”

John Killam, CEO of Ogilvy Toronto, said: “This is a serious yet mostly unknown imbalance in our community. We were very excited to have the opportunity to help shine a light on the issue for all our neighbors here in the GTA. We’re in this together and we’re looking forward to your help – every dollar makes a difference for Scarborough.” John is also a member of the SHN Foundation Capital Committee.

SHN Foundation and Ogilvy worked with Revolver Films on production of the launch film, OPC and Undivided on the social content and OOH and Liiift Studios to develop the unique ‘Scarborough Sans’ font used in the campaign. Editorial across the campaign was done by School Editing, sound by SNDWRX, colour by Alter Ego and online by Fort York. MediaCom managed media planning.