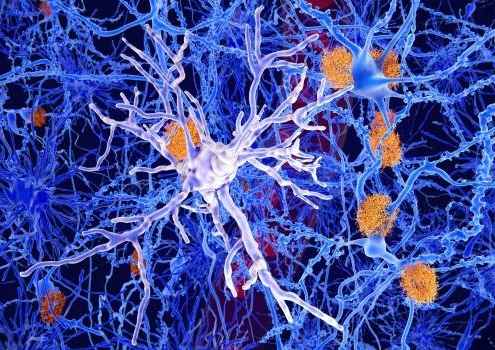 For many years, scientists have been debating the role of microglial function in the development of Alzheimer’s disease. Microglia are minute, amoeba-like cells that search for potential invaders and injuries in the normal human brain and work as cleaners, clearing up impaired or dead brain cells and ridding it of microbes.

However, in cases of Alzheimer’s disease, where a protein called beta-amyloid builds up heavily and gradually impairs proper brain functioning, microglia are unable to keep up. When beta-amyloid accumulates to toxic levels, it triggers the creation of tau, another type of protein that hyperactivates microglia and other immune systems, eventually removing all vitality that’s left in the brain.

This action led scientists to believe that, perhaps, Alzheimer’s disease is a cause of not just beta-amyloid accumulation but, digging more deeply, immune system dysfunction. And it all started when Harvard neuroscientist Rudolph Tanzi and his team stumbled upon the possible link between microglial and immune systems, which they explored through research on the gene CD33. 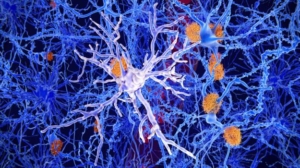 Through CD33, the researchers found that microglial functions act much like on and off switches for the brain’s inflammatory responses, like when beta-amyloid accumulates or after a traumatic brain injury. However, this “cleaner” action eventually extends even to uninfected parts of the brain, thus leading to unintended damage. Later on, however, Washington University neurologist David Holtzman posited that the TREM 2 gene could counteract CD33 going on hyperdrive, as it has the ability to rein microglial movements in and return them to their original states.

From these movements, scientists said that finding a risk factor that is linked to microglia alone could mean that Alzheimer’s origins are associated with impaired immune functions. This ignites an entirely new field of discussion and inquiry into the role of immune response in dementia.

“There are a number of scientists and companies trying to figure out how to influence genes like TREM2 and CD33 and to both decrease amyloid and act on the downstream consequences of the protein. All of this is to say that somewhere in the biology that causes Alzheimer’s, the immune system is involved,” Holtzman said, speaking to reporters.

Nothing is set in stone as of this writing, though it cannot be overlooked that Alzheimer’s might be caused by a well-meaning immune cell that’s gone out of control with its cleanup duties. Scientists continue to argue on the matter, and studies exploring this possibility and its related theories are still ongoing.