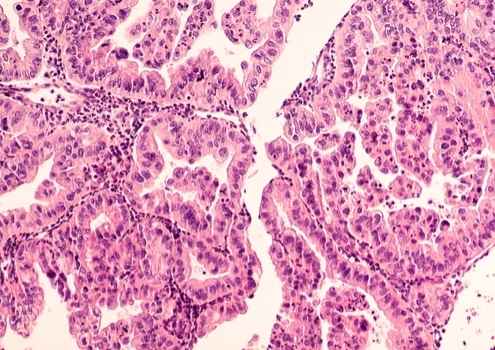 Positive results from Sellas Life Sciences Group’s Phase I/II trial using galinpepimut-S (GPS) as a combination therapy with pembrolizumab (Keytruda®) were announced Wednesday, shortly after similarly positive news was issued from a combination study in which GPS was evaluated as a treatment for mesothelioma.

Although both trials are small – 11 and 4 persons, respectively – they are part of a broad strategy that involves multiple studies to investigate GPS as a therapy for several conditions. In that context, their results support each other and Sella’s overall effort to gather safety and efficacy data from diverse patient populations.

GPS is a Wilms Tumor-1 (WT1)-targeting peptide immunotherapeutic. For the ovarian cancer study, it was used in combination with the checkpoint inhibitor Keytruda® to treat patients diagnosed with second- or third-line WT1(+) relapsed or refractory platinum-resistant, advanced metastatic ovarian cancer. Of the 11 patients in this study, nearly 67% had failed second-line therapies or were refractory, and all were resistant to the standard of care platinum-based therapy. They were expected to survive 9 to 12 months.

An ad hoc analysis at 15-week follow-up showed that nearly 64% of the patients were stable or are responding to the combination therapy. More than nine months after their initial treatment, all 11 are still alive. Median overall survival, therefore, remains unknown.

Preliminary evidence from the Phase I trial of GPS administered as a combination therapy with nivolumab (Opdivo®) as a treatment for mesothelioma showed improvement in median survival of about half a year. Sellas reported median survival of 35.4 weeks after one month of GPS treatment, compared to 28 weeks for patients receiving standard of care (pemetrexed, a chemotherapy), for relapsed/refractory patients. This trial involved only four patients, however.

Such gains are “signals that a combination approach could have a benefit for patients,” Angelos Stergiou, M.D., Sc.D. h.c., president and CEO of Sellas, told BioSpace.

“The fundamental news from the mesothelioma study is that it seems to be safe and tolerable,” Stergiou said. “We went after a very serious disease state and showed a meaningful survival rate, even in the one patient with the sarcoma-toid variant.” That patient was diagnosed with Stage IV cancer and, so far, has survived 25 months – several months longer than usual for those receiving standard of care. (The expected survival for this patient under standard of care treatment was 12 to 18 weeks.)

“We expect to have follow-up data by the end of the year in a large patient sample,” he added.

“Sellas specializes in immunotherapy focused around the development of Wilms Tumor 1 antigen, which was designated as the number one immunotherapy target by the National Cancer Institute,” he said.  WT1 antigen is expressed in the cell nuclei of 75% of mesotheliomas and 93% of ovarian serous carcinomas, for example. There are approximately 20 tumor types that overexpress WT-1 antigen, thus suggesting GPS could have substantial application. 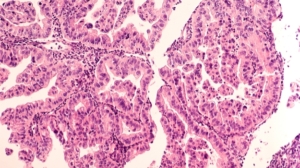 GPS is made of four peptide chains. Two of those (CD4+ and CD8+) induce a strong innate response against the WT1 antigen and access multiple HLA types. When administered, therefore, the immune system recognizes and destroys cancer cells and can continue to do so, targeting recurring tumors and residual cancer cells. Consequently, Stergiou said, “Patients can stay in remission longer and, hopefully, this will translate into longer overall survival.”

In most cases, GPS is not envisioned as a stand-alone therapy. “GPS, when used alone, isn’t built to debulk tumors,” he said. Instead, it works synergistically with immunotherapies – notably, Opdivo® and Keytruda® – that modulate the hostile tumor microenvironment. Then, when GPS is injected, “GPS increases the antigen-specific effector T cells and shepherds them, focusing the immune response to specific epitopes for optimal T cell response,” Stergiou said.

Based on that mechanism of action, GPS may have potential as a monotherapy for patients who are in complete remission. That hypothesis is being tested in the ongoing Phase III study of AML patients.

The Phase III program began in January. It is a 1:1 randomized, open-label study comparing GPS monotherapy in the maintenance period to investigators’ choices of therapy in ALS patients who have achieved complete remission after second-line antileukemic therapy, and who are ineligible or unable to participate in stem-cell transplantation. Ultimately, Sellas plans to enroll 116 patients across 50 clinical sites in the U.S. and Europe.