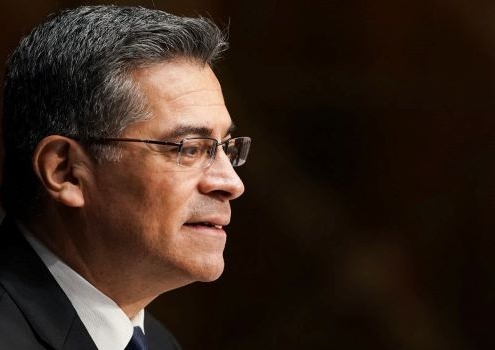 The U.S. Senate confirmed Xavier Becerra as Secretary of the Department of Health and Human Services (HHS) in a 50-49 vote, with Maine Republican Susan Collins joining all of the Democrats. Hawaii’s Democratic Sen. Mazie Hirono did not vote.

Becerra, among other things, has been criticized for not being a physician or someone who worked in some part of the health care industry—he was a congressman for two decades before taking on the mantle of California’s Attorney General. However, most HHS Secretaries have not been physicians.

It’s been a tough battle, compared to President Biden’s other cabinet choices, and an unusually narrow margin for an HHS secretary. Becerra has been a nominee for almost four months, but the nomination was delayed as the Democrats and Republicans hashed out how to share power in the 50-50 Senate. Then the Senate Finance Committee couldn’t break a tie earlier this month, and the chamber’s Democratic leadership pushed for a full Senate vote. He is the first Latino to head HHS. 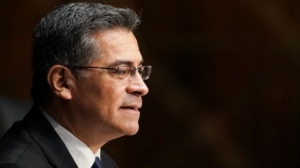 Another peculiarity of the delay, of course, is that this is occurring during a global pandemic. The decision on who will ultimately lead the U.S. Food and Drug Administration (FDA) is still undecided, while Janet Woodcock has been Acting Commissioner since January 20, 2021.

In addition to support from the Democrats, Becerra was praised by Latino advocacy groups as well as the American Hospital Association and the Home Care Association of America. They believe his extensive congressional experience as a member of the House Ways and Means Committee will be of use in handling the country’s sprawling healthcare organization. Even though the Republicans did not vote for him, they have tended to praise his collaboration on the pandemic response and his work in combating opioid abuse.

One of the big issues by the Republicans is Becerra’s record in support of abortion rights, “Medicare for All” and California’s pandemic restrictions on businesses and churches.

HHS indicated yesterday that it is postponing a late-minute rule enacted by President Trump’s HHS that would require the FDA to review almost all of its regulations—at a time when much of the agency’s attention is on the pandemic.

In the announcement, HHS stated, “Based on a count cited in the SUNSET final rule, under the timeline and definitions provided in the final rule, over 7,000 sections of the Code of Federal Regulations promulgated by the Food and Drug Administration (FDA) are more than ten years old or would become more than ten years old during the first five years the rule would be in effect, representing over 95% of its current regulations.”

Of the Republican argument that Becerra lacked medical experience, Senator Majority Leader Chuck Schumer praised his experience and said the Republicans’ arguments “almost verge on the ridiculous. They complain loudly that he has no direct experience as a medical professional. Even though Republicans voted in lockstep to install Alex Azar, a pharmaceutical executive who raised drug prices and tried to undermine our nation’s health law as the previous HHS Secretary.”

The top priority for Becerra will be continuing the battle against COVID-19. Becerra stated in a February hearing, “I understand the enormous challenges before us and our solemn responsibility to be faithful stewards of an agency that touches almost every aspects of our lives.”

Other issues he is expected to address are some of the Trump policies, including rolling back Medicaid work requirements, and an expansion of Affordable Care Act subsidies that are included in Biden’s coronavirus stimulus package.

In California, Becerra was an energetic defender of the Affordable Care Act in court. He has also been an advocate for women’s health, the rights of undocumented immigrants and Medicare for All.

Mary Ziegler, a Florida State College of Law professor who focuses on reproductive rights laws, told The Washington Post, “I think among people who are opposed to abortion, he was sort of public enemy No. 1. While there is extreme polarization, I think the reaction to him is more of a function of who he is and that he’s been out front on culture war issues. That made him controversial.”