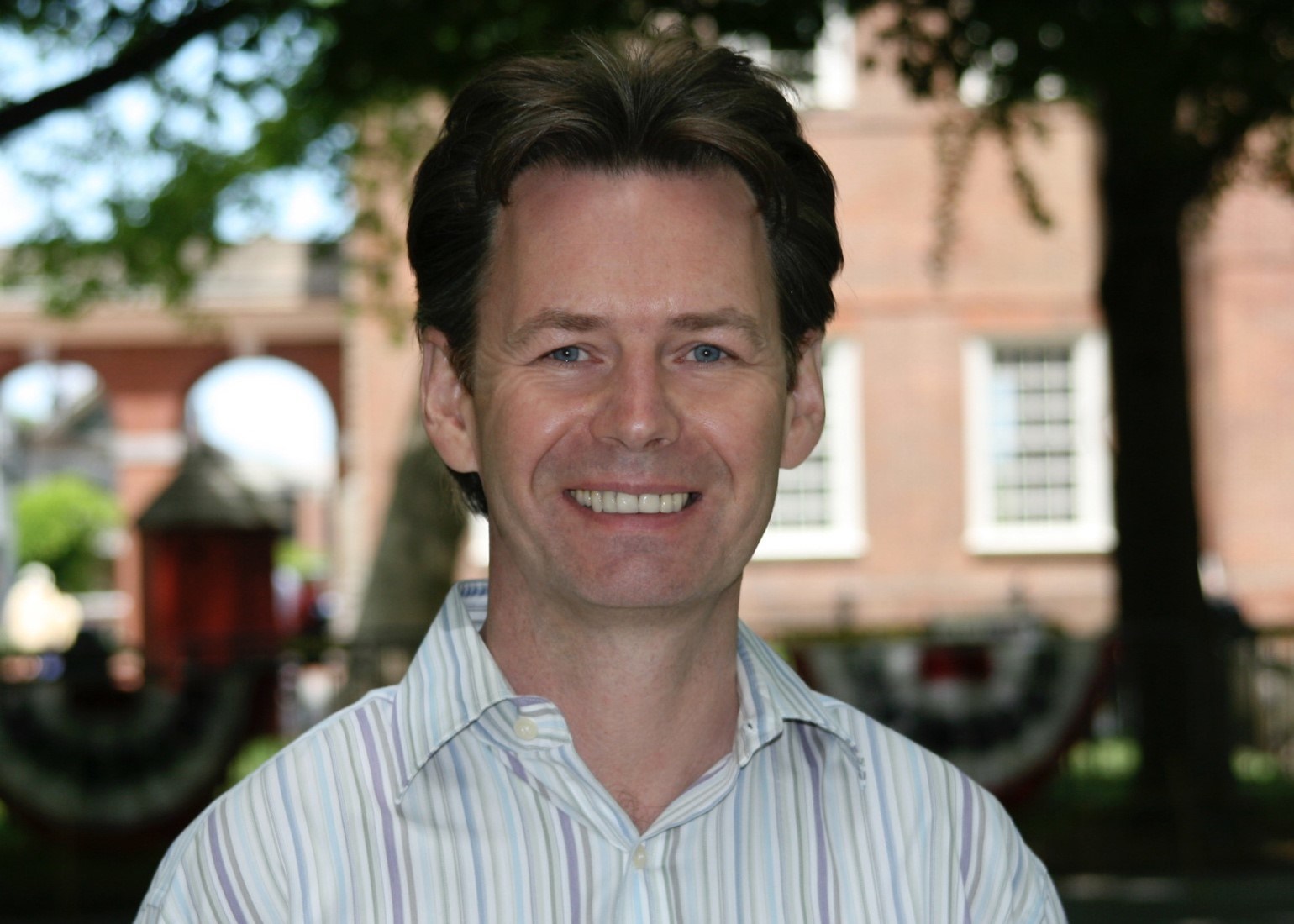 In the past 15 months, agencies of all sizes featured in this annual report were active in finding and hiring new talent. We cast back through a year’s worth of Medicine Avenue newsletters to pick out some of highlights from 2018 through March 2019.

Greater Than One scored a coup in March 2019 when the agency announced that it had hired Ross Thomson as Chief Creative Officer. 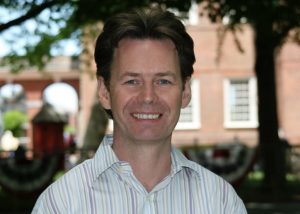 According to management, the appointment is primed to usher in a new creative era of excellence and innovation within the agency and for its clients.

Thomson joined from Ogilvy Health where, after a seven-year period as Executive VP, Creative Director. Prior to Ogilvy, Thomson led the creative charge at several other agencies, including as Chief Creative Officer Worldwide at Grey Healthcare Group. “Ross is a passionate leader of the creative product and is aligned with our vision of transforming what’s possible for our clients and their customers by creating the most imaginative solutions in health and wellness,” says Kieran Walsh, President of GTO.

During his career, Thomson has both won and led his teams to numerous creative honors in the professional and consumer space, including those given out by Cannes, D&AD, Epica, MM&M, and Med Ad News.

“The more persuasive ideas emerge when creative strategy and technology are at the intersection of imagination,” Thomson says. “The team at Greater Than One and myself are firmly on the same page in that respect, which made joining such a progressive-thinking group an incredible opportunity.”

Back in June, GTO hired Bill Major as Director of Operational Excellence. As leader of project management and creative services at GTO, Major spearheads process optimization and system integration across all agency of record (AOR) work, which agency executives say now comprises more than 60 percent of revenue at GTO.

To his role at GTO, Major brings 30 years of experience in healthcare advertising. For the last 16 years, he served as Senior VP, Director of Agency Excellence in the Omnicom Health Group, where he was responsible for the operations of three agencies: Harrison and Star, Biolumina, and Wild Type.

Management says Major’s arrival at GTO represented an important step in cementing the agency’s foundation for continued growth as a full-service AOR, because of his skills in all areas of operations management, including project management, editorial, graphic services, art buying, video production, digital, and collaboration application services.

“I know that his disciplined approach to launch excellence will ensure that, as our business grows, we will continue to deliver best-in-class work for our clients,” Walsh says.

In February 2019, Mardene Miller was hired as Co-Managing Director of Neon. 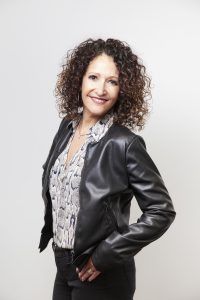 Miller came to Neon from Harrison and Star, where she served as President for six years, after almost 20 years with the Omnicom holding company. FCB Health executives called her, “A highly respected industry trailblazer, [who] brings decades of leadership experience to the agency.”

According to Miller, her “experience and strengths in building successful teams, creating winning work, establishing long-term client relationships and setting a clear and achievable vision for the agency will accelerate Neon’s already incredible growth and success.”

McCann Health made two significant additions to its management in four months. In January 2019, Matt Eastwood joined the network as its Global Chief Creative Officer.

Eastwood had been Worldwide Chief Creative Officer at J. Walter Thompson Co. “Matt is an immense talent, but an even better human,” says Rob Reilly, Global Creative Chairman of McCann Worldgroup. “He is exactly the kind of global creative leader we need at this moment to continue McCann Health’s growth and commitment to do meaningful work for our brand partners.”

Eastwood’s career has spanned numerous agencies, specialties and countries, including Australia, the UK and the United States. He has been Executive Creative Director at M&C Saatchi both in Melbourne and London before moving to the United States as Chief Creative Officer at Y&R New York. He then moved to Sydney as DDB’s Vice Chairman and National Creative Director in Australia and then joined DDB New York as Chief Creative Officer before leaving for JWT in 2014. In 2016, he led JWT to a historic year at Cannes, winning a total of 80 Lions, more than the agency had ever won in its 150-year history. 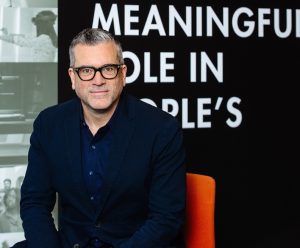 “Our health, wellness, and pharma clients across the board are increasingly looking at a changing landscape in which Matt’s broad background and sterling creative reputation will be of great relevance and value,” says John Cahill, Global CEO of McCann Health. “The challenges and opportunities they are facing are consistent with those running across all of marketing, including the more empowered health consumer, the evolving health delivery system, and the growing influence of data-led marketing.”

According to Eastwood, “I’ve been impressed for some time with the creative renaissance that Rob Reilly and his teams have brought to all of McCann Worldgroup. And like many in the business, I’ve been especially aware of some of the outstanding and meaningful creative work that McCann Health in particular has been doing around the world befitting their reputation as one of the world’s most awarded global healthcare communications companies. I am so pleased to be joining this winning team.” 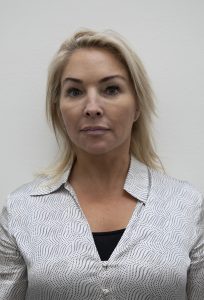 “As established partners for GSK, my duty is to ensure we provide the highest level of talent, across our strategic and creative offering, to drive the continued success of GSK at a global level,” Taylor says.

Prior to joining McCann Health, Taylor served as Global Client Lead for Galderma ACNE & Aesthetics franchises at Publicis Health. Previously, she was Group Account Director at Saatchi & Saatchi Wellness, with responsibility for managing a wide range of both Rx and health & wellness clients. Before that, Taylor held a series of Senior Account Director jobs at London agencies including Nitrogen, Huntsworth Health, Archer Young Marketing, Dentsu London, Lowe Broadway Group, and Leo Burnett London. In addition to ACNE & aesthetics, her therapeutic areas of expertise include cardiovascular, ophthalmic, respiratory, vaccines, dermatology, and women’s health, among others.

Eastwood and Taylor were not the only big gun hires for McCann Health during the past year, however. In June 2018, the network promoted Connie Lo to President of McCann Health Greater China. Lo, based in Shanghai, is responsible for driving growth and cross-platform integration across McCann Health offices in Beijing, Shanghai, Guangzhou, and Hong Kong.

According to Lo, “With the government fast-tracking approval for life-saving pharmaceutical drugs, Shenzhen becoming the new life science hub, and consumers’ interest in health & wellness trends growing exponentially, there are so many exciting new opportunities in the Greater China market.”

Lo previously served as Managing Director for McCann Health in Pearl River Delta and Shanghai, has been a member of the McCann Health team for more than 20 years. When she was heading up McCann Health in Pearl River Delta, the Hong Kong and Shanghai offices brought home the first Gold Lion for Greater China and the Hong Kong office was named 2nd runner up Global Health Agency of the year at Cannes Lions Health. It was also awarded the Gold Specialist Agency of the Year by Marketing Magazine Asia. 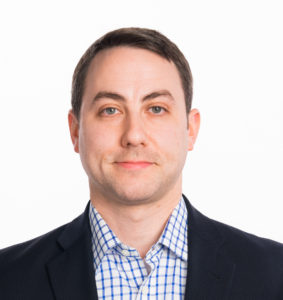 “Over the past few years, McCann Health New York has built an impressive array of digital capabilities and has been recognized by major industry award shows for their outstanding digital campaigns,” says Amar Urhekar, President, McCann Health Americas. “‘Yossi’ is tasked with spearheading and accelerating enterprise-level digital innovation to take the agency to the next level of digital excellence.”

Speiser, who most recently served as Director of Technology at Havas Life Metro, brings more than 15 years of experience in interactive and new media technology, overlaid with an extensive expertise in healthcare marketing. As a developer, producer, chief digital officer and creative technologist, he has helped lead digital programs that include building, architecting, designing and developing a number of award-winning websites, apps, and multichannel marketing campaigns. 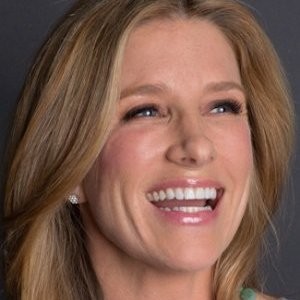 Before coming to Fingerpaint, she was Chief Experience Officer at Concentric Health Experience. Prior, she spent eight years at Juice Pharma, rising to Executive VP, Business Development.

The largest independent healthcare agency, AbelsonTaylor in May 2018 hired Amanda Hartzmark as Director of Business Development and Analysis.

Responsible for leading the agency’s new-business operations and providing critical insights to guide business strategy and tactics, Hartzmark interfaces with all the agency’s departments to implement the agency’s growth plan. She reports to Jay Carter, Executive VP and Director of Business Development. “I knew during our first meeting that Amanda was the right person to expand and optimize our new-business processes,” Carter says. “She has the research and analytics knowledge to clearly define marketing challenges and potential solutions, the storytelling skills to communicate key insights in memorable ways, and the operations experience to ensure that deadlines are met and all deliverables meet our agency’s high standards.”

Before joining AbelsonTaylor, Hartzmark worked as a Strategic Analytics Consultant at IRI, a market research firm in Chicago.