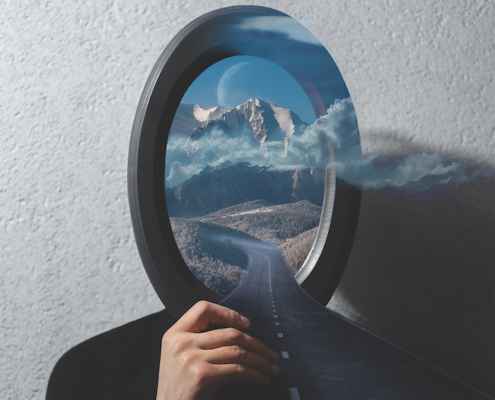 Shortcuts through the brain 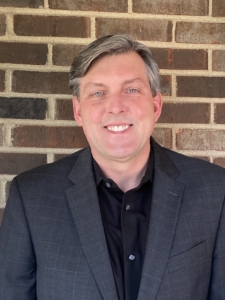 The past year or so has been a master class in cognitive bias, a concept with deep social science roots, a long evolutionary history, considerable application in consumer marketing, and something to which pharma marketers ought to be paying a lot more attention.

Cognitive biases are the mental shortcuts (also known as heuristics) that help us make decisions when time, information, and/or meaning are limited. Think of them as “rules of thumb” for the brain. They may not always be accurate or effective, especially when the decision is particularly complex, but they work well enough that we unconsciously tap them to take action.

For example? Remember when social media sites like Facebook and Twitter were the next generation of free speech and corporate goodness? They were exciting, friendly, and democratic. Then reports hit the wires letting us know these sites were selling the heck out of our personal data. Suddenly public perception of Facebook and Twitter took a nosedive. We were introduced to the term, “Big Tech.” And perception changed. Facebook and Twitter hadn’t stopped being great forums for speech and creativity; it’s just that most of what we’d heard on the news recently was so negative. We often base our decisions on what we’ve heard most frequently or recently, what our brains can recall quickly, which in heuristic terminology is called availability bias.

Why should this matter to pharma marketers? Because we are in the business of influencing decisions; persuading HCPs, patients, payers or other important stakeholders to make choices that benefit them both now and in the long run. Sometimes, though, we fall short on that front, which may be fine if you’re selling cream cheese but can be highly consequential in health care. Even different practice settings create unique pressures that influence our shortcuts and choices. So any effort to persuade in the health care context ought to include an understanding of the heuristics influencing your audience’s decision-making processes.

What do these heuristics look like in practice? Do you think a doctor has ever chosen not to switch a patient to a better drug because it’d be a pain in the ass to do so? Of course that happens. We call that the “say/do dissonance,” the gap between intention and action. The doc may not even know it’s happening, and perhaps comes up with some elaborate internal explanation that seems logical (see System 1 and System 2 thinking). We all do things like that – come up with a rationale or alibi not to do something we know is worthwhile because doing it would be hard. If that weren’t the case, we’d all be in perfect physical condition and have plenty of money saved up for retirement. Docs are human just like the rest of us. They want to do what’s best for their patients, but they also have brains that take subconscious shortcuts – so we as marketers have to begin with an awareness of what those shortcuts are and how they figure into our strategies, messaging, and tactics. Sometimes we need to lean into the biases. Other times we must fight them. But either way, the goal is the same: a shortcut towards a better decision. Our challenge goes beyond convincing our audiences to believe what we are saying – we must incite them to act.

I’ve seen this happen in pharma over and over. Many years ago, I worked on the launch of a new product that was a godsend for patients, having the capability of transforming their lives for the better and lessening the burden of dealing with the many challenges of a potentially devastating chronic condition. After a very strong start, uptake slowed. This was the kind of product that had early adopters jumping in right away, but it was the early majority where things got tough. Some research revealed that the issue was not in the information we’d provided or a lack of it but in a cognitive bias known as the empathy gap – “My patients are just fine, they don’t need it, why go to the trouble?” Choosing a better option came with friction, that being spending time training patients, leaving the comfort of the status quo, and risking the trust the HCP had built with the patient over years. They weren’t saying so out loud, of course. But that’s what happens, and most of us don’t even realize it’s going on.

My example highlights the delicate nature of dealing with humans’ internal contradictions. What do you think might happen if I said to a doctor, “Hey, doc, you say you want what’s best for your patients, but I’m pretty sure you’re withholding superior treatments from them because you don’t want to be bothered with the paperwork or a bit of training?” I’d probably end up needing some health care myself, right? So we as marketers have to take great care in how we approach these sorts of disconnects; what we don’t want is a message that makes the audience feel defensive.

Most experienced marketers are likely aware of heuristics at a subconscious level because they’ve spent years trying to solve the mysteries of human decision making. But as products grow more complex and innovative and as markets mature in their competitiveness, pharma marketers ought to account for heuristics to inform communications. In a crowded marketplace, facts sometimes aren’t enough; we must constantly be correcting for how our audiences will perceive what we tell them and, especially, how they will decide to try our product – or not.

Here are a few of the most prominent heuristics that play into our audiences’ decision making.

Availability bias. We tend to overestimate the likelihood or significance of events based on what’s been most recently primed in our memory or repeated most often. This is especially the case for the unusual or emotionally charged. That which is most repeated or most memorable just comes to mind more quickly, and people often assume that what comes to mind more quickly is more significant or prominent (think, “Give us 15 minutes and we’ll save you 15 percent on insurance”). In health care, the clearest example of this is the relationship between DTC advertising and the public’s perception of the prevalence of certain diseases; audiences often assume that, since they are seeing lots of commercials for cancer drugs, cancer is far more common than it actually is.

Confirmation bias. People are drawn to details that confirm their own beliefs, searching for and focusing on information that aligns with personal preconceptions. We are surrounded by this; consider in the political realm the success of left-leaning and right-leaning news media networks. In health care it’s also a reason why sometimes HCPs make the wrong assumptions: e.g., a certain population seeking out help but perceived as gaming the system, something we see in areas like sickle cell. Remember, HCPs are people, too. 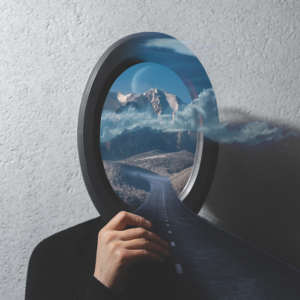 Halo effect. We imagine that people and things with which we are familiar and/or fond are better than those with which we’re not. This is a great example of how the human mind is wired to extrapolate the unknown from the known; the degree, for example, to which people assume that a physically attractive person is also trustworthy, or that a food that’s labeled “organic” is also healthy. In fact, research has shown over and over again that physical attractiveness is one of the greatest drivers of cognitive bias; hence all the beautiful people seen in advertising, health care or otherwise.

Authority bias. We attribute greater accuracy to the views of someone we perceive as an authority figure. Said “authority” doesn’t even necessarily have to be an authority on the subject at hand; people tend to trust movie stars, famous athletes, business leaders, bloggers, and other social media “influencers” as long as something about them offers that patina of “authority.” It’s the power of the endorser approach, a la using Phil Mickelson to promote Enbrel. He suffers from the condition and can endorse his experience, making him a relatable authority figure.

Spotlight effect. We tend to overestimate the degree to which others notice our appearance or behavior (look up Tide Pen’s talking stain campaign). This falls into the egocentric class of biases, those that lead us to feel a certain anxiety based on our own perspectives. A number of campaigns for psoriasis or other skin condition-related products have leveraged this truth to bring a more empathetic sensibility to their outreach; for example, Cosentyx’ “See Me Now” campaign.

Status quo bias. We have an emotional preference for the current state of affairs, treating that as a baseline and any deviation from it as a potential loss. This is a challenge that every innovative product faces: physicians, patients, and payers entrenched in whatever the current standards of care might be, leading to an uphill battle despite the relative benefit you might offer. Being objectively better sometimes isn’t enough; you have to find an angle that nudges your customer to be comfortable and confident in making a change.

There are many more – ask Dr. Google – but these are a good start for any pharma marketer seeking to figure out how to influence their audiences’ decisions. Read them, learn them, remember them, and think carefully about how your messaging might work in concert with them. Your brands, your HCPs, and your patients will be the better for it.

Virtual? Hybrid? Seven lessons for standing out at tomorrow’s congress
Scroll to top