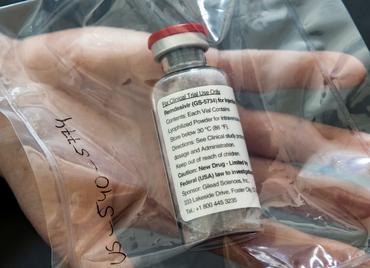 LONDON (Reuters) – A single-patient study conducted by British scientists has found that Gilead’s antiviral drug remdesivir could be highly effective against COVID-19, raising questions about previous studies that found it had no impact on death rates from the disease.

Published in the journal Nature Communications, the study describes how doctors who gave the drug to a patient with both COVID-19 and a rare immune disorder saw a marked improvement in his symptoms and the disappearance of the virus. (bit.ly/3ndIace)

“Our patient’s unusual condition gave us a rare insight into the effectiveness of remdesivir as a treatment for coronavirus infection,” said Nicholas Matheson, who co-led the study at Cambridge University’s Institute of Therapeutic Immunology and Infectious Disease.

“The dramatic response to the drug – on repeated challenge – suggests that it can be a highly effective treatment, at least for some patients.”

Since early in the coronavirus pandemic, scientists had hoped that remdesivir, which was originally developed to treat hepatitis C and subsequently tested against Ebola, might prove effective against COVID-19. 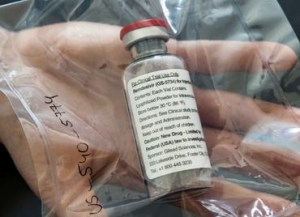 FILE PHOTO: An ampule of remdesivir is pictured during a news conference at the University Hospital Eppendorf (UKE) in Hamburg, Germany, April 8, 2020, as the spread of coronavirus disease (COVID-19) continues. Ulrich Perrey/Pool via REUTERS/File Photo

But the drug’s effectiveness against the pandemic disease has been hotly disputed since a large World Health Organization-led trial found in October that it failed to improve COVID-19 survival rates.

An editorial in the influential New England Journal of Medicine earlier this month cited problems with the WHO-led Solidarity Trial’s and said they did not refute other trials that have demonstrated benefits of the drug.

“There have been different studies supporting or questioning remdesivir’s effectiveness, but some of those conducted during the first wave of infection may not be optimal for assessing its antiviral properties,” said Cambridge’s James Thaventhiran, who also worked on the case.

To address that, the team focused on a case of a 31-year-old man who became severely ill with COVID-19 and who also had a rare genetic condition called XLA that affects the body’s ability to produce antibodies to fight infection.

Over a period of more than 2 months, the man was first treated with hydroxychloroquine and azithromycin, which had little effect, and was subsequently given two separate courses of treatment with remdesivir, the doctors wrote.

The patient’s virus levels fell and his symptoms improved during his first course of remdesivir, they said. And while his virus levels and symptoms increased again after the first remdesivir course, a second course of treatment was even more effective, and by day 64, he no longer tested positive COVID-19.

“All of this suggests that treatments will need to be tailored for individual patients, depending on their underlying condition,” said Matthew Buckland, a doctor at London’s Barts department of clinical immunology who worked with Matheson.