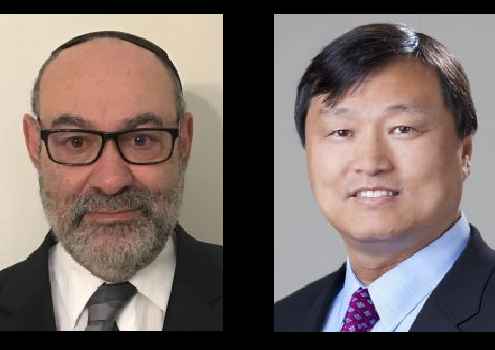 As the world battles the COVID-19 pandemic caused by the novel coronavirus SARS-CoV-2, biopharma and biotech companies are approaching the fight with various weapons—repurposed drugs, antivirals, vaccines and clinical antibodies. One of the companies deeply involved in clinical antibody development against COVID-19 is San Diego-based Sorrento Therapeutics.

A week ago, Sorrento announced it was teaming up with New York City-based Mount Sinai Health System to develop an antibody cocktail called COVI-SHIELD to treat COVID-19. The partnership is aimed at creating antibody products that could act as a “protective shield” against infection by the virus that causes COVID-19, SARS-CoV-2. COVI-SHIELD is expected to deliver a mixture of three antibodies that combined recognize three specific regions of the SARS-CoV-2 Spike protein.

The company announced on Friday that one of its antibodies, STI-1499, has shown 100% inhibition of SARS-CoV-2 in laboratory tests. Henry Ji, Sorrento’s co-founder, director, president and chief executive officer, and Mark Brunswick, vice president of Regulatory Affairs and Quality, took time out to speak with BioSpace ahead of the announcement.

Ji indicates that Sorrento began screening its own library of fully human antibodies about three months ago, as well as partnered with Mount Sinai on acquiring B-cells from recovering COVID-19 patients to identify neutralizing antibodies. The leading antibody, STI-1499, came from the company’s extensive library.

“We screened about a billion antibodies,” Ji said. “And we found about 100 of them to characterize further. From them we selected about a dozen that had neutralizing activity.”

Then, working with collaboration partners at the University of Texas Medical Branch, which has access to the live virus, they were able to screen the dozen antibodies for the most promising ones. 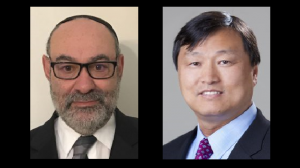 “We’re actually so impressed with the data,” Ji said. “One of the antibodies is so powerful that at a very low concentration it is able to 100% completely prevent infection or inhibit the infection. In our studies, not even one virus escaped from the antibody.”

That was STI-1499. Currently, Sorrento believes STI-1499 will be the first antibody in the three-antibody cocktail, COVI-SHIELD, which it is developing with Mount Sinai. Additionally, because of its high potency, it plans to develop the antibody as a stand-alone therapy, COVI-GUARD.

“The pathway we’re following right now is quite similar to the pathways used in antibody therapies for oncology indications, where an antibody is discovered that is reactive to a specific cancer marker, grown up in culture, and given to patients,” Brunswick said. “So what we’ve done is identified an antibody that recognizes the COVID-19 virus and completely inhibits its binding to the specific receptor. This is grown up in vitro, in tissue culture, in cell fermenters.”

Sorrento is now growing the clones up and will create a single-clone cell bank and inoculate a fermenter.

“We anticipate having enough material to start a Phase I trial in patients in the ICU within two months. If that is successful, we will expand that trial using our cGMP facility which can produce 2,000 liters of material, which is enough for approximately 100,000 patients, based on what we think the dose will be,” Brunswick said.

The antibody is potentially both a preventative and a treatment. It prevents the virus from binding to the cell it wants to bind to, which means it can’t enter the cell and reproduce.

“The difference between an antibody and a vaccine is that a vaccine takes either a protein from the virus, or—some of them aren’t real vaccines, but people are calling them vaccines—where DNA or RNA is being injected into patients’ arms and making material in the patient that then the patient’s immune system responds to what’s being made,” Brunswick said. “The problem with that is not every patient will respond to a vaccine. Some will have 10% efficacy, some will have 20% efficacy, some will have 90% efficacy. But until you’ve gone into large trials and assessed everyone, you won’t know the full extent a vaccine works. An antibody gives instantaneous protection against the virus.”

“The elderly or an immunocompromised person will have a lack of immune response to a vaccine, but the antibody should provide the instant immunity,” Ji said.

If the Phase I trial starts by the beginning of July, they will know within a week or two whether the antibody is having an effect. If it is effective and safe in the patients, they would expect to start a larger Phase II trial in August or possibly September.

“Hopefully we will be able to submit for approval before the end of the year or beginning of next year,” Brunswick added.

If approved, Sorrento expects very large demand. Ji indicates that they can produce hundreds of thousands of doses per run, but the demand could climb into the tens of millions of doses needed. As a result, they are looking for manufacturing partners.

Meanwhile, they are in the process of identifying additional antibodies for the cocktail version.

“Our hope is to have two or three antibodies eventually that cover different epitopes, different regions of the virus, so if one portion of the virus mutates and affects one of the neutralizing activity but won’t affect the other,” Ji said.

Ji concluded by saying, “Sorrento is in the therapeutic antibody space, and we know it inside out. We have a cGMP facility to get the product onto the market quickly.”