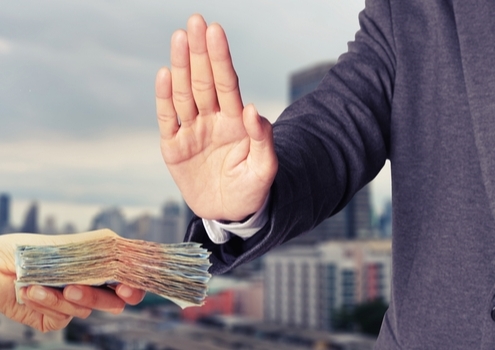 San Diego-based Sorrento Therapeutics announced on January 10 that it had received a non-binding acquisition proposal from a private equity firm. The bid was to acquire a majority or all of the issued and outstanding company shares for up to $7.00 per share. Today, the company announced it had rejected the bid, saying that it “significantly undervalues Sorrento and is not in the best interest of the Company’s stockholders.”

The deal would have come in slightly under $1 billion, hitting as much as $933 million.

Sorrento focuses on developing antibody-centric therapies for cancer, as well as therapeutics for pain. Its immuno-oncology platforms include fully human antibodies via its G-MAB library, antibody-drug conjugates (ADCs) as well as CAR-T and oncolytic virus products.

It completed enrollment in the Phase Ib double-blind study of resiniferatoxin compared to placebo for pain from moderate to severe osteoarthritis of the knee. The trial enrolled the last of 93 patients in early January. An initial readout is expected in March 2020. No dose limiting toxicities have been seen and statistically significant improvements for pain were identified for both doses in the expansion cohorts.

The company also finished enrolling the initial cohorts in its Phase Ib study of epidural resiniferatoxin injection for pain associated with cancer. Fourteen patients were dosed in the initial part of the trial, following a dose escalation plan. The trial also completed with no observed dose limiting toxicities and with marked decrease in pain for two out of three of the cancer patients receiving the highest dose, 15 microgram. The trial was then expanded to one additional dose group of 25 micrograms. The company plans to recruit up to six more patients by the second quarter of this year.

The early data from the Phase Ib study confirmed the potential of the drug for cancer pain management.

“Given these initial results and the feedback from our investigators, we have started the process of planning our OA Knee pain and cancer pain pivotal studies to be initiated as soon as we are cleared to proceed by FDA,” said Alexis Nahama, head of the RTX Business Unit for Sorrento. “We believe this product candidate has the potential to rival the bestselling pain drugs on the market, and the potential to make Sorrento an industry leader in pain management. We look forward to discussing our clinical data in upcoming scientific conferences as we continue our fast-paced development programs.”

RTX binds to TRPV1 receptors, selectively ablating the nerve endings responsible for pain signals. The company indicates the drug is a thousand times “hotter” than pure capsaicin, the chemical that makes jalapeno peppers hot. In animal studies, delivering the drug into the joint space has pain effect that can last for months to years.

C Capital Research, writing for Seeking Alpha, notes that the company has multiple catalysts expected in the first half of this year, despite facing a cash crunch. C Capital Research writes, “These catalysts are significant because if they happen, will give Sorrento preferred terms for extended financing and in relation to the CAR-T data, will provide a much needed validation of the CAR program and raise the company profile to match the long-espoused claims of Sorrento’s CEO, Dr. Henry Ji.”

The research note suggests that Sorrento has a higher than average risk because of its reduced cash position, but it may be worth the investment for individuals with a higher tolerance for risk based on the company’s expected catalysts and its numerous joint ventures, subsidiaries, partnerships and assets that are “still collectively undervalued at this time.”

In November, two biopharma companies offered to acquire the company for $3.00 and $5.00 per share in cash. The company again indicated the offer was undervalued and rejected the proposal. It does seem clear that there’s quite a bit of interest in the company’s potential.