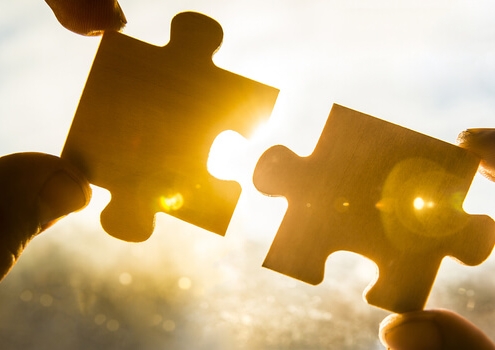 Sosei Heptares and AbbVie Partner on Inflammatory and Autoimmune Diseases

Sosei Group Corporation entered a discovery collaboration and licensing deal with AbbVie. The companies will work to discover, develop and commercialize novel therapies that modulate G protein-coupled receptor (GPCR) targets that AbbVie selects. The initial focus will be on inflammatory and autoimmune diseases.

Sosei will leverage its proprietary StaR technology and GPCR-focused Structure-based Drug Design (SBDD) platform and fund research-and-development activities to the completion of Investigational New Drug (IND) enabling studies. AbbVie will then pay license fees for its exclusive license options and take over global development and commercialization.

AbbVie is paying Sosei Heptares $32 million in upfront and near-term milestone payments. There are possible additional milestones of up to $377 million as well as tiered royalties on global commercial sales. AbbVie can expand the collaboration up to a total of four targets.

“We are delighted to begin this new partnership with AbbVie, which further extends the application of our technology to novel and exciting targets, and we look forward to building a close working relationship as the programs advance,” said Malcolm Weir, executive vice chairman of Sosei Heptares. “Collaborating with leading pharmaceutical companies is a core element of our successful value-generating strategy. The ability to combine our unique technology and structure-based discovery and early development capabilities, particularly around challenging drug targets, with AbbVie’s extensive therapeutic area, development and global commercialization expertise is a powerful approach to creating new improved therapeutics for inflammatory and autoimmune diseases.”

In April 2016, Sosei inked a deal with Allergan potentially worth $3.35 billion. Allergan is now part of AbbVie. Under the terms of that deal, Allergan licensed exclusive global rights to a portfolio of novel subtype-selective muscarinic receptor agonists. Allergan paid $125 million up front and Heptares was eligible for milestone payments of up to $665 million linked to successful Phase I, II and III clinical development, as well as launch of the first three licensing compounds for multiple indications. There was an additional $2.5 billion tied to certain annual sales milestones for several years after launch. Heptares was also eligible for up to double-digit tiered royalties on net sales. Allergan had committed up to $50 million to R&D.

In September 2018, the two companies voluntarily suspended clinical trials of one of their compounds, HTL0018318 in Alzheimer’s disease and other types of dementia because of safety issues. HTL0018318 is a selective small molecule muscarinic M1 receptor agonist.

The safety concerns arose in a single animal toxicology study in non-human primates. No safety signals were observed in humans.

In the third quarter of 2019, Sosei decided to halt development of the compound, stating in its third-quarter report, “Start-up activities for this study were underway when development of HTL0018138 was suspended in September 2018 and have been on hold ever since. The group expects a different clinical trial approach will be required in the future and has taken this decision to minimize unnecessary expenditure on clinical trial activities.”

AbbVie, on its part, has been involved in a number of small deals recently, including one with Alpine Immune for a lupus compound that paid $60 million upfront and $805 million in milestone payments; one with Jacobio Pharmaceuticals for SHP2 inhibitors for cancer; and a deal with Genmab for anti-cancer bispecifics led by epcoritamab, with $750 million up front and up to $3.2 billion in milestone payments.