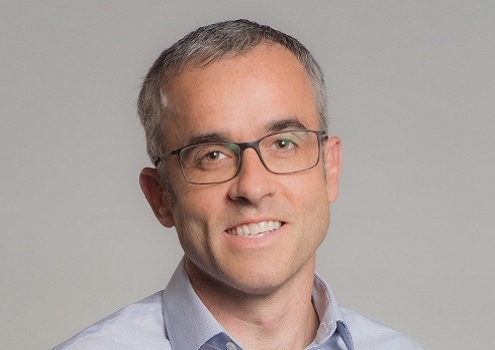 Startup Remix Inks RNA Collab with Janssen Valued at $1B

Since Remix Therapeutics launched a little more than a year ago, the RNA-focused company has kept a low profile as it honed its REMaster drug discovery platform. Now though, the company’s profile has been raised significantly following a strategic small molecule discovery and development collaboration with Janssen Pharmaceutica N.V., a division of Johnson & Johnson.

The strategic collaboration centers on Remix’s REMaster platform for the discovery and development of small molecule therapies that modulate RNA processing. While the collaboration details have not been disclosed beyond the fact that Janssen will have exclusive rights to three specific targets with applications in immunology and oncology, Remix Chief Executive Officer Peter Smith said the partnership validates the science his company has been conducting since its launch.

In an interview with BioSpace, Smith noted the collaboration marries the expertise of both companies and predicted the partnership will lead to “some powerful new drugs.”

Following the 2020 launch of Remix, which included $81 million in financing, Smith said the company began to conduct a “soft outreach” across the industry in order to get a sense of how their story would resonate with their peers. It didn’t take long before companies began to show an interest in the REMaster platform. Companies wanted to “get under the hood” in order to better understand the technology. One of those companies was Janssen, which facilitated the collaboration.

In the announcement this morning, the companies did not disclose targets or indications that the small molecules being developed could be potentially aimed at. However, Smith expressed Janssen is an ideal strategic partner for the company’s REMaster platform.

“This collaboration further validates the therapeutic potential of our proprietary REMaster drug discovery platform,” he said. He added that the funds from the collaboration will provide Remix with the additional resources necessary to continue to develop the company’s own pipeline of potential therapeutic candidates.

Under the financial terms of the deal, Remix will receive an initial payment of $45 million in cash. The company is also eligible for preclinical, clinical, commercial and sales milestone payments. If any of the assets discovered are developed and become commercial properties, Remix will also be eligible for tiered royalties. In total, the deal could be valued at about $1 billion for Remix.

One part of the deal is written in a way that can further boost Remix’s profile. The company can opt into a portion of clinical development costs on one program in exchange for higher royalties.

The funds that Remix will receive from the partnership and what remains from the company’s Series A financing round have given the company a solid footing. Smith said the finances provide Remix researchers the time to spend “deep into the science.”

With the success of the mRNA vaccines developed for COVID-19, as well as other RNA-based drugs that have been approved, such as Sarepta Therapeutics’ Duchenne Muscular Dystrophy drug Exondys 51 (eteplirsen), Smith acknowledged that the space is showing significant promise as RNA is an “exciting therapeutic target.” While other companies have taken different approaches to RNA medicines, Remix is tackling the cellular complexes that control how RNA is processed.

Remix is designing therapeutics that target RNA processing in order to “fine-tune” how new RNA sequences are produced. The company’s proprietary small molecule technology can correct mutations at all of the RNA levels. Those small molecules are designed to be taken orally, which will allow therapeutic modulation throughout the body, including the central nervous system. By targeting RNA processing, there is the potential to address a broad range of diseases, including cancers, rare diseases and those of the central nervous system. 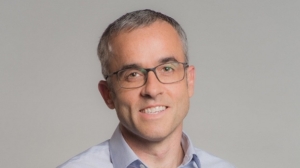 “We’ve been astounded by the breadth of target space that’s available,” Smith said, adding that the company realized opportunities for partnerships, such as the deal struck with Janssen.

However, despite the breadth of the available target space, Smiths noted that one small company cannot go down every potential therapeutic avenue that researchers see. Although he did not disclose any specifics, Remix has seen some impressive oncology and neurological targets.

Those targets may be there for Remix in the future, or they could lead to other collaboration opportunities. For now, though, is focused on its new partnership with Janssen and the opportunities in oncology and immunology, as well as its own research.

Smith said in the future, the company will provide the public more of a glimpse under the scientific hood of the company’s technology that Janssen researchers have already been privy to.

“We’ve made tons of progress and in the future, we’ll begin to talk about the science we’ve been doing and the technology we’ve built,” he said.

The more they talk about science and technology, the more likelihood of future collaborations with other pharmaceutical companies.