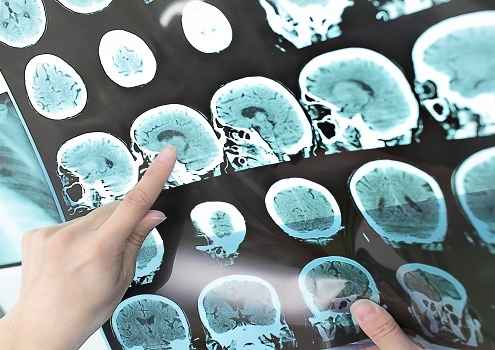 A research study in mice by investigators at the University of Rochester Medical Center (URMC) suggests it would be possible to repair the brain cell damage caused by multiple sclerosis (MS). The research was published in the journal Cell Reports.

The research, led by Steve Goldman, professor of Neurology and Neuroscience at URMC and co-director of the Center for Translational Neuromedicine, manipulated embryonic and induced pluripotent stem cells to create glia, a type of brain cell. Glial progenitor cells, a subtype of these cells, eventually form the primary support cells of the brain, astrocytes and oligodendrocytes, which play essential roles in the health and signaling behavior of nerve cells.

MS is an autoimmune disorder where the body’s immune system attacks oligodendrocytes. Oligodendrocytes manufacture myelin, which makes the insulation that allows nerve cells to communicate with each other. As myelin decreases in MS, the signaling between nerve cells is interrupted, which causes the loss of function that leads to problems with sensation, motor function and cognitive problems.

“These findings demonstrate that through the transplantation of human glial cells, we can effectively achieve remyelination in the adult brain,” Goldman said. “These findings have significant therapeutics implications and represent a proof-of-concept for future clinical trials for multiple sclerosis and potential other neurodegenerative diseases.”

Goldman and his team transplanted human glial progenitor cells into adult mouse models of progressive MS. The cells traveled to the needed location in the brain of the mice, manufactured new oligodendrocytes and replaced the damaged and missing myelin. The process of remyelination resulted in restored motor function in the laboratory animals.

The scientists speculate that this approach might be applied to other neurological diseases, such as pediatric leukodystrophies and certain kinds of strokes in adults.

Goldman is the scientific founder of a biotech company, Oscine Therapeutics, which is working to leverage the technology for therapeutics for MS and other glial diseases, such as Huntington’s disease. The company’s most advanced pipeline product is currently under review by the U.S. Food and Drug Administration (FDA) with hopes of it beginning clinical trials for Huntington’s disease sometime this year.

In 2019, Sana Biotechnology invested in Oscine. The financial details were not disclosed, but the research was being run at URMC under a sponsored research deal and supports 21 full-time staff, with researchers in Rochester, Seattle and New York City.

At the time, company chief executive officer, Christina Trojel-Hansen, who also co-founded the company with Goldman, said, “Cell-based therapies hold significant promise, and while progress has been made in areas such as cancer, there is a significant unmet need in diseases of the central nervous system. The support from Sana will enable us to advance important research in this field and work with an established team that has experience in bringing cell-based therapies through clinical trials and into clinical practice. I am also deeply grateful for the team at the University of Rochester for their efforts to ensure that these important scientific studies can now advance toward a clinical application.”