(Reuters) – The measles vaccine provides benefits beyond merely protecting against that highly contagious viral respiratory disease that remains a leading childhood killer in parts of the world, scientists say.

By blocking the measles infection, the vaccine prevents measles-induced immune system damage that makes children much more vulnerable to numerous other infectious diseases for two to three years, a study published on Thursday found.

The research focused on a phenomenon called “immune amnesia” in which the measles infection destroys cells in the immune system, the body’s natural defense against disease-causing microbes, that “remember” how to fend off previously encountered pathogens.

Prior research had suggested “immune amnesia” lasted a month or two. The new study, based on decades of childhood health data from the United States, Denmark, England and Wales, showed the measles-induced immune damage persisted on average for 28 months.

During that period, children who got measles were more likely to die from other infections due to the long-lasting depletion of immune memory cells caused by the virus.

“The work demonstrates that measles may have long-term insidious immunologic effects on the immune system that place children at risk for years following infection,” said Princeton University infectious disease immunologist and epidemiologist Michael Mina, whose study appears in the journal Science.

“The work also demonstrates that, in these highly developed countries prior to the introduction of measles vaccine, measles may have been implicated in over 50 percent of all childhood infectious disease deaths.”

The study comes amid rising concern among public health leaders about parents who refuse to get their children vaccinated for measles, based on discredited claims about the vaccine’s safety or for religious and other reasons.

Measles was declared eliminated in the United States in 2000, but increasing numbers of cases have been reported in recent years as more people remain unvaccinated. Last year’s 668 U.S. measles cases were the most since 1994, the Centers for Disease Control and Prevention said.

“Our work reiterates the true importance of preserving high levels of measles vaccine coverage as the consequences of measles infections may be much more devastating than is readily observable,” Mina said.

The study showed preventing measles through vaccination lowered childhood deaths from pathogens that cause conditions like pneumonia, sepsis, bronchitis, bronchiolitis and diarrheal diseases.

The World Health Organization said vaccination drove a 75 percent drop in measles deaths from 2000-2013 globally, but there were still about 145,000 measles deaths in 2013.

(Reporting by Will Dunham; Editing by Marguerita Choy) 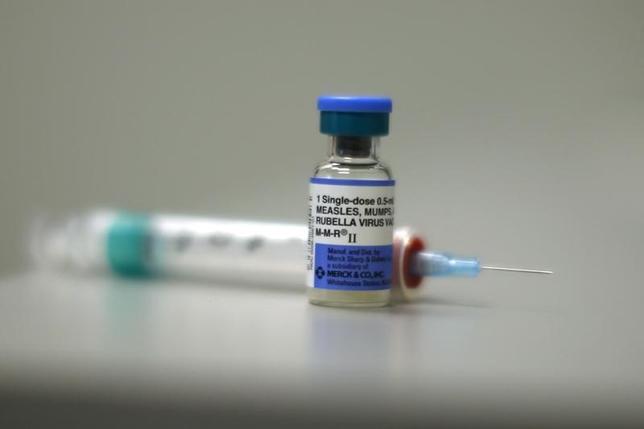