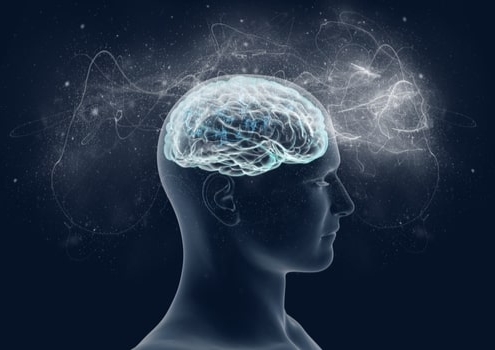 COVID-19 is known to negatively impact cognitive ability in a significant number of people who have become infected. A new study suggests that some patients could see a decline in cognition that is equivalent to the brain aging approximately 10 years.

A study of 84,000 patients conducted in London revealed that some severe cases show that infection with the novel coronavirus is “is linked to substantial cognitive deficits for months,” Reuters reported. The study, conducted at Imperial College London, has yet to be peer-reviewed. The report showed that in some cases, people who have recovered from the virus continued to exhibit significant cognitive deficits. Earlier this month, a Harvard University report noted that about one-third of COVID-19 patients who were in intensive care units due to acute respiratory failure or some kind of shock experienced cognitive impairment that is equivalent to people who suffered a traumatic brain injury. The impairments included memory gaps, attention issues and problems with simple functions.

The Imperial College London study analyzed the results of 84,285 COVID-19 patients who completed a study called the Great British Intelligence Test. According to the report, those who had been hospitalized with COVID-19 demonstrated more severe symptoms of cognitive decline. The worst cases showed impacts that were “equivalent to the average 10-year decline in global performance between the ages of 20 to 70,” Reuters reported.

While the Imperial College London study seems concerning, Reuters noted that some researchers suggest taking the data with a grain of salt. Joanna Wardlaw, a professor of applied neuroimaging at Edinburgh University, told the news agency that the cognitive function of the patients who took part of the Great British Intelligence Test was not known prior to their COVID-19 infection. While those patients may have experienced some cognitive decline, Wardlaw said it’s not known how long the issue could last. Improved cognition may return the longer a patient recovers.

Another criticism of the study notes that the researchers not only didn’t compare the before and after scores on the test, but it also relied on the honesty of patients. Derek Hill, a professor of medical imaging science at University College London, told Reuters that many of the people who participated in the study self-reported having been infected with COVID-19 and did not necessarily receive a positive test.

“Overall (this is) an intriguing but inconclusive piece of research into the effect of COVID on the brain,” Hill told Reuters. “As researchers seek to better understand the long term impact of COVID, it will be important to further investigate the extent to which cognition is impacted in the weeks and months after the infection, and whether permanent damage to brain function results in some people.”

Hospitals in Wisconsin, Texas under strain as Covid-19 cases surge
Scroll to top