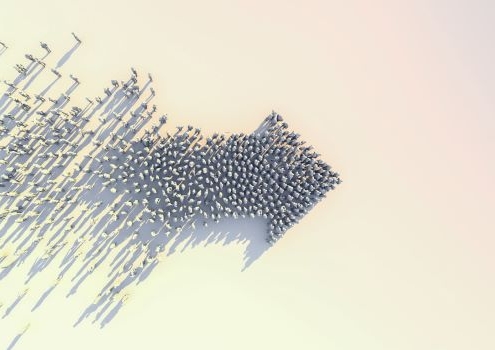 Acting U.S. Food and Drug Administration Commissioner Janet Woodcock’s days as interim head of the regulatory agency are numbered due to federal regulations. While the Biden administration has not tipped its hand as to who the permanent commissioner will be, speculation is running rampant on several potential choices.

As a temporary director, FDA veteran Woodcock can only remain in her position until the end of November due to federal law constraints regarding interim directors. Woodcock, who has been with the FDA since 1986, took over the reins of the agency following the resignation of former commissioner Stephen Hahn. With more than 30 years in various roles at the FDA, she is well-suited to continue to lead the regulatory agency; however, her tenure has been marred by criticism over the approval of Biogen’s Alzheimer’s drug, Aduhelm.

Aduhelm was approved by the FDA in June under accelerated approval. But the approval was highly controversial due to an overwhelming rejection of the medication by the agency’s advisory committee. Following the FDA decision to approve the medication, at least three members of that advisory committee resigned in protest. Some of Woodcock’s chief critics are members of the U.S. Senate, which would have to confirm her appointment if the Biden administration tapped her for the role.

In addition to Woodcock, Politico compiled a list of other potential candidates for the FDA commissioner role. One of those names is Laurie Glimcher, M.D., the president and CEO of the Dana-Farber Cancer Institute. But Politico noted that Glimcher currently sits on the board of multiple drug companies. That leads to the impression that she may be too close to the industry that the FDA regulates. If she were to be tapped and confirmed for the role, Glimcher would have to divest her holdings within those companies.

Another name that has surfaced as a potential replacement is Dr. Michelle McMurry-Heath, the president and CEO of the Biotechnology Innovation Organization. McMurry-Heath, who took over the reins of BIO in 2020, has a long career in both government service and in the biopharmaceutical industry. McMurry-Heath served on the Obama administration’s Science Transition Team prior to taking on a leadership role in the FDA’s Center for Devices and Radiological Health. Within the industry, McMurry-Heath has held leadership roles at Merck and Johnson & Johnson.

Another potential candidate is Joshua Sharfstein, M.D., an Obama-era FDA official who currently serves as vice dean for Public Health Practice and Community Engagement at the Johns Hopkins Bloomberg School of Public Health. He previously served as secretary of the Maryland Department of Health and Mental Hygiene and as the health policy advisor for Congressman Henry A. Waxman. 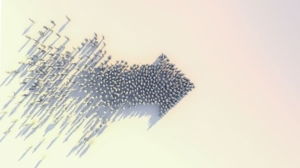 Not only does President Biden have to appoint a new FDA commissioner, he will also need to tap a new head of the National Institutes of Health (NIH) following the retirement announcement of longtime director Francis S. Collins, M.D., Ph.D., earlier this week.

There are already several potential candidates for this role. According to STAT News, Jennifer Doudna, who, along with collaborator Emmanuelle Charpentier, won the 2020 Nobel Prize for Chemistry for developing gene-editing technique CRISPR, is a leading candidate. Doudna is a professor of biochemistry, biophysics and structural biology at UC Berkeley. She has also founded multiple companies, including Mammoth Biosciences, Caribou and Scribe Therapeutics. She also launched the Innovative Genomics Institute (IGI) at Berkeley and the University of California, San Francisco.

Also considered for the role are the aforementioned Glimcher, as well as Levi Garraway, M.D., Ph.D., an oncologist who currently serves as the chief medical officer at Roche. Prior to his role with the Swiss pharma giant, he served as Eli Lilly’s head of Oncology Research and Development and head of Lilly Research Laboratories Novel Target Research. Another potential candidate is Sue Desmond-Hellmann, the former chief executive officer of the Bill and Melinda Gates Foundation, STAT reported. Last year, Desmond-Hallmann was appointed to the Pfizer board of directors. Prior to her role with the Gates Foundation, she served as president of Product Development at Genentech.

Mirati and Sanofi Unite on Trial for KRAS Inhibitor
Scroll to top
Posting....