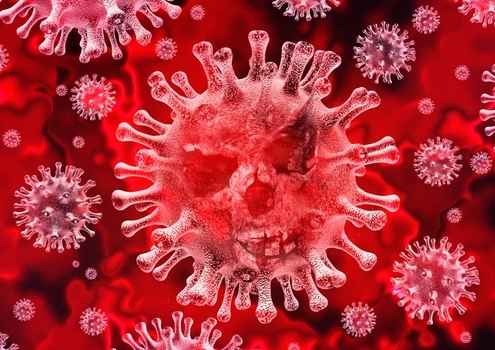 Researchers at Switzerland-based Empa, ETH Zurich and Zurich University Hospital have developed a sensor that has the potential to identify SARS-CoV-2, the novel coronavirus that causes COVID-19, in the air. The work is led by Jing Wang at Empa, who usually works on measuring and analyzing airborne pollutants.

The sensor has reliably shown the sensor can identify the first SARS-CoV virus that was responsible for the SARS pandemic in 2003. It has numerous similarities to SARS-CoV-2.

“Tests showed that the sensor can clearly distinguish between the very similar RNA sequences of the two viruses,” Jing Wang said. And the results appear in minutes.

The biosensor is based on previous work Wang and his team conducted on using biosensors to detect bacteria and viruses in the air as possible diagnostics. They don’t believe the systems would replace traditional laboratory tests, but might be leveraged as alternative methods for clinical diagnosis and to measure viral concentrations in busy locations like hospitals or train stations.

The biosensor combines the effects of an optical and thermal sensor. It is built on gold nanoislands, which are minuscule gold structures which are then laid on out a glass substrate. SARS-CoV-2 is what is called an RNA virus, which is to say, its genetic materials are not double-stranded DNA, but single-stranded RNA. DNA receptors that match specific RNA sequences of the SARS-CoV-2 virus are grafted onto the nanoisland. The sensor’s receptors are a complementary sequence to the virus’s DNA, which can reliably identify the virus.

The detection technology is called localized surface plasmon resonance, or LSPR. This refers to an optical phenomenon that happens in metallic nanostructures. When they are stimulated, or excited, they modulate the incident light in a specific wavelength range, which creates a plasmonic near-field around the nanostructure. The researchers state that, “When molecules bind to the surface, the local refractive index within the excited plasmonic near-field changes. An optical sensor located on the back of the sensor can be used to measure this change and thus determine whether the sample contains the RNA strands in question.”

In order to ensure that the RNA strands that exactly match the DNA receptor on the sensor are captured, they leverage what is called the plasmonic photothermal (PPT) effect. If the nanostructure layered on the sensor is excited with a laser of a specific wavelength, it heats up.

Which is a long way of saying the sensor measures both heat and light that is produced when the sensor comes into contact with the COVID-19 virus RNA.