BERLIN, Aug 24 (Reuters) – Switzerland plans to procure 40,000 doses of monkeypox vaccine as well as 500 units of an antiviral drug, the government said on Wednesday.

The army simultaneously aims to procure 60,000 vaccine doses and 500 drug doses as part of readiness measures, as the vaccine can also be used in the event of an outbreak of other smallpox viruses, it said.

The drugs and vaccines, and their use in civilian health care, will cost approximately 8.6 million Swiss francs ($8.90 million), the government said in a statement.

There have been more than 400 monkeypox cases registered so far in Switzerland, the statement said. The government expects about 20,000 people will want a vaccine, though it added that estimates are difficult. 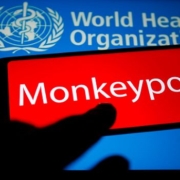