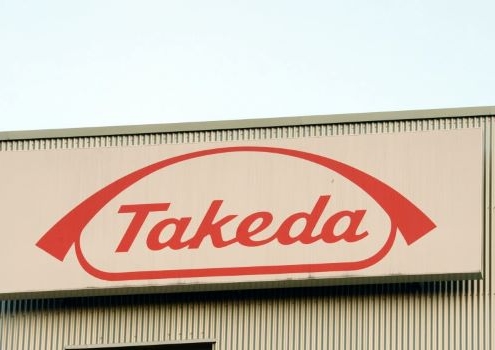 Takeda Doubles Down on Ovid Epilepsy Drug in $856 Million Deal

Shares of Ovid Therapeutics have soared more than 74% in premarket trading after the company announced pharma giant Takeda signed a licensing agreement valued at $856 million to secure global rights to the investigational medicine soticlestat for the treatment of two forms of rare epilepsy.

Takeda will develop soticlestat, a first-in-class inhibitor of the enzyme cholesterol 24-hydroxylase (CH24H), as a potential treatment for developmental and epileptic encephalopathies, including Dravet syndrome (DS) and Lennox-Gastaut syndrome (LGS). CH24H is predominantly expressed in the brain, where it converts cholesterol into 24S-hydroxycholesterol (24HC) to adjust the homeostatic balance of brain cholesterol. 24HC modulates glutamatergic signaling associated with epilepsy.

Takeda plans to initiate Phase III studies in both pediatric and adult patients with Dravet syndrome and Lennox-Gastaut syndrome later this year.

In the Phase II ELEKTRA study, soticlestat met its primary endpoint of reducing seizure frequency in pediatric patients with DS or LGS. Dravet syndrome is most commonly caused by a genetic mutation in the SCN1A gene and is characterized by prolonged focal seizures that can evolve to convulsive tonic-clonic seizures. Lennox-Gastaut syndrome is a heterogeneous condition and characterized by several different types of seizures. Children with Lennox-Gastaut syndrome may also develop cognitive dysfunction, delays in reaching developmental milestones and behavioral problems. 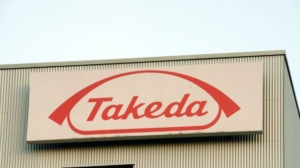 “Soticlestat has emerged as an important late-stage molecule in our portfolio, which focuses predominantly on rare neurological and neuromuscular diseases with great unmet need,” Sarah Sheikh, head, Neuroscience Therapeutic Area Unit at Takeda said in a statement. “We are working diligently and expediently to initiate and execute upon the Phase 3 studies in children and young adults with DS and LGS. Our goal is to one day bring new treatment options that provide greater seizure control, tolerability and function to DS and LGS patients around the world.”

Ovid and Takeda first paired up in 2017 to research soticlestat for these two indications, as well as Tuberous Sclerosis Complex. Under terms of the new agreement, Takeda assumes sole responsibility for soticlestat. Ovid will no longer have any financial obligation to Takeda under the original collaboration agreement, including for milestone payments or any future development and commercialization costs, Takeda said.

Ovid will receive an upfront payment of $196 million and will be eligible to receive and additional $660 million if certain development, regulatory and sales milestones are met. Ovid will also receive tiered royalties beginning in the low double-digits and up to 20% on sales of soticlestat, if approved and commercialized.

Under the original 2017 collaboration agreement, Takeda received equity in Ovid and was eligible to receive up to $85 million in payments for regulatory milestones, including the initiation of Phase III clinical trials. Ovid led global development of soticlestat through the successful demonstration of proof-of-concept in multiple rare epilepsies.

Ovid Chief Executive Officer Jeremy Levin said this new agreement is a positive outcome for patients, Ovid and Takeda. He said the finances from the deal will be able to help Ovid advance its own pipeline focused on rare diseases of the brain.

“I would like to thank Ovid for their thoughtful and productive collaboration. Together we generated positive Phase II ELEKTRA study data, and as a result, soticlestat is poised to enter two pivotal trials,” Andy Plump, president of Research and Development at Takeda said in a statement. “Our work together demonstrates the strength of Takeda’s partnership model and our commitment to delivering transformative medicines to patients with neurological diseases.”