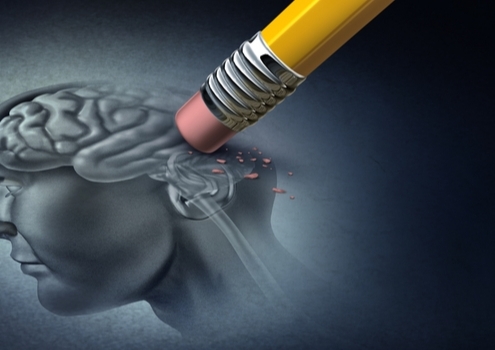 Alzheimer’s disease is one of the most frightening diseases people can face. The deterioration of memory and comprehension and, ultimately death, is a terrifying concept. And little headway has been made in developing a treatment for this disease. But that could be changing.

Biogen is likely on the road to having aducanumab approved as a treatment for Alzheimer’s patients, along with Eisai’s BAN2401, both of which are anti-amyloid antibodies. But another treatment could soon be making waves, Alzheon’s ALZ-801, an oral tablet aimed at on high risk APOE4/4 homozygous patients with early to mild Alzheimer’s disease. ALZ-801 acts through a novel molecular mechanism of action blocking the formation of toxic amyloid oligomers

Martin Tolar, chief executive officer of Framingham, Mass.-based Alzheon, told BioSpace that his company’s drug was designed to inhibit the formation of toxic soluble amyloid oligomers. It’s the oligomers that are the key driver of Alzheimer’s disease. Data collected by the company shows that if you target the oligomers, there is a chance to arrest the disease, Tolar said.

As people age, their blood vessels lose the ability to clear toxic amyloids. That declining ability to clear the amyloids begins at about age 40 but begins to compound over the next decades of life. The compounding of amyloids and the body’s inability to clear it leads to a variety of diseases, including Alzheimer’s. The fact it begins to collect in the body beginning in the fourth decade of life means that most of the disease happens long before it’s ever diagnosed, Tolar said.

“The goal has been to find a drug that can change the course of the disease,” he added. “Our ultimate goal with ALZ-801 is to prevent the onset of clinical symptoms in the aging population, and to preserve their independence and dignity.”

Many of the other drugs developed for Alzheimer’s have targeted amyloid plaque and most of those have failed in clinical trials. Biogen’s aducanumab has shown some success in late-stage trials, but only after the company reassessed broad reams of data. That reassessment has some within the Alzheimer’s space questioning how effective the treatment will actually be for patients if it is approved, which is likely given the extraordinary need in the space. And Tolar said he hopes those drugs do come online so they can provide some relief for patients. But, that being said, Tolar believes ALZ-801 will provide a better option in the long run. Alzheon’s data points to the oligomers as the true culprit. Tolar said the plaque is not the form of amyloid that is toxic, it’s the oligomers.

“For the first time in 20 years we know what to do. Now we understand what the target it and we have a drug for it,” Tolar said.

At the J.P. Morgan Healthcare Conference, Alzheon pointed to the increased efficacy of ALZ-801, which is entering Phase III. Company data shows it fully blocks the formation of neurotoxic oligomers and also has a 40% penetration rate of the blood brain barrier. In comparison, Biogen’s drug has a 1.5% penetration rate and Eisai’s has a .3% rate. Both of those are administered through IV, while the Alzheon drug is an oral.

The Alzheon drug is aimed at people with the genetic risk of Alzheimer’s disease, those who have APOE4 genotype. If you have AOE4 you lose the ability to clear the toxins, which will exacerbate the issue, Tolar said. Every fifth person has this genotype, but 65% of the Alzheimer’s patients have this gene, Tolar noted. By aiming at the APOE4 genotype, Tolar said it’s a precision medicine approach to neurodegenerative medicine that will benefit those patients who are of the highest risk. ALZ-801, which received Fast Track designation from the U.S. Food and Drug Administration, delivers high target engagement to fully block formation of toxic oligomers in the brain, the company said in its JPM presentation to investors. If all goes well in the company’s Phase III trial, Alzheon could file a New Drug Application with the FDA by 2025 for the APOE4/4 homozygous patients, with other indications to follow.

“The (silver) lining is here. After two decades, we know what to do,” Tolar said.