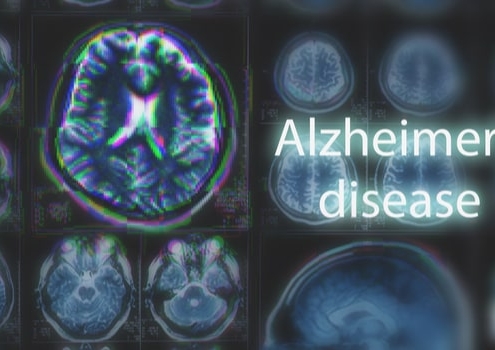 AC Immune, based in Lausanne, Switzerland, initiated the second highest dosing group in its Phase Ib/IIa clinical trial of ACI-35.030 for Alzheimer’s disease. The move is based on encouraging interim data from the initial dosing cohort.

ACIU35.030 is an anti-pTau vaccine designed to stimulate antibodies against phosphorylated pathological Tau protein. The hope is that this will help decrease and clear related Tau aggregates, which are linked to the progression of Alzheimer’s disease.

ACI-35.030 builds on its ACI-35 vaccine, which showed early target-specific antibody response against pTau after being injected in patients in a Phase Ib trial in mild-to-moderate Alzheimer’s. Also, in preclinical tests, ACI-35.030 demonstrated a good non-clinical safety profile while showing enhanced and more homogeneous antibody response.

ACI-35.030 is being developed in collaboration with Janssen Pharmaceuticals, a Johnson & Johnson company, under a 2014 licensing agreement.

“The fact that ACI-35.030 shows encouraging safety and immunogenicity at the lowest dose in this elderly patient population is highly meaningful and we look forward to quickly enrolling this next dosing group,” said Andrea Pfeifer, chief executive officer of AC Immune. “Tau-targeted approaches may have a much broader therapeutic window to potentially disrupt, slow or prevent disease progression at both early and advanced disease stages. Pathological pTau occurs early in the disease process, years before accumulation of Tau deposits. Therefore, our pTau-targeting approach holds significant promise for the treatment of AD at different disease stages.”

On July 7, AC Immune and Life Molecular Imaging, a German company, published clinical data of their investigational Tau-positron emission tomography (PET) tracer PI-2620 in patients with progressive supranuclear palsy (PSP). PSP is a rare brain disorder that affects movement, walking and balance, speech, swallowing, vision, mood, behavior and cognition. It is caused by damage to brain nerve cells. One of the classic symptoms is an inability to aim and move the eyes correctly, resulting in blurred vision.

Although there are similarities to Parkinson’s disease, PSP progresses more quickly, and patients typically stand straight or tilt their heads backward, compared to Parkinson’s disease patients, who usually bend forward. Although the cause of PSP is unknown, one of the hallmarks is the accumulation of abnormal tau deposits in the nerve cells in the brain.

The research showed that PI-2620 could help to reliably diagnosis PSP earlier where other Tau tracers and biomarkers failed. The data also suggested PI-2620 could be a strong diagnostic tool for other Tau-related diseases, including Alzheimer’s.

“This large multi-center study demonstrates the power of PI-2620 as a biomarker to study 4R Tau-related disease like PSP,” said Andrew Stephens, chief medical officer at Life Molecular Imaging. “The detection and monitoring of the underlying Tau pathology with PI-2620 for both 4R-Tauopathies like PSP and corticobasal degeneration (CBD), as well as 3R/4R Tauopathies like Alzheimer’s disease will advance the field, leading to appropriate patient selection and monitoring target engagement in clinical trials of emerging therapeutic agents.”

Exclusive: J&J says in talks with Japan, Gates Foundation to lock in deals...
Scroll to top