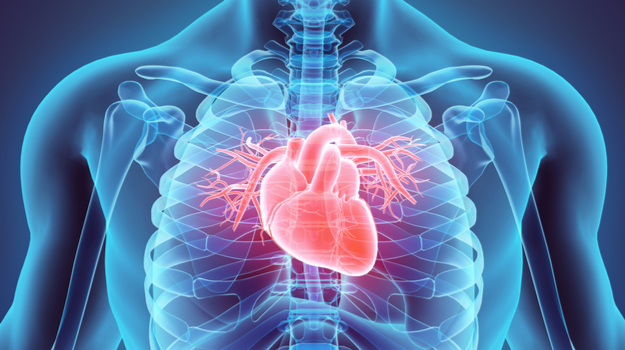 There has been significant progressin so-called bioprinting—using a type of 3D printing to manufacture biological tissues. But an actual organ hadn’t been accomplished—until now.

Researchers at Tel Aviv Universitysuccessfully printedthe first 3D human heart. The research team used the patient’s own cells and various biological materials such as collagen and glycoprotein. Their work was published in the journalAdvanced Science.

3D printing is sometimes called “additive manufacturing.” It is a way of making three-dimensional solid objects from a digital file. In many ways, the only limitations are the limits on the complexity of the design. 3D printing used in industrial applications typically use carbon fiber as a source material. But bioprinting uses a variety of biological materials, such as single cell suspensions, as the source materials.

“This heart is made from human cells and patient-specific biological materials,” stated Tal Dvir, lead researcher. “In our process these materials serve as the bioinks, substances made of sugars and proteins that can be used for 3D printing of complex tissue models. People have managed to 3D-print the structure of a heart in the past, but not with cells or with blood vessels. Our results demonstrate the potential of our approach for engineering personalized tissue and organ replacement in the future.”

Dvir and his team began by taking biopsies of fatty tissues from the omentum, a fold of visceral peritoneum that hangs from the stomach, in the abdomen of humans and pigs. They then separated the cellular materials from extraneous materials and reprogrammed the cellular materials to become pluripotent stem cells. From these, they were able to develop all three body layers that had the potential to produce any cell or tissue in the body.

They then built an extracellular matrix from collagen and glycoproteins into a hydrogel using the bioprinter. They mixed the cells with the hydrogel, which were then differentiated into cardiac or endothelial cells. This created what they’re calling “patient-specific, immune-compatible cardiac patches complete with blood vessels.”

From that point, they then created an entire—but small—bioengineered and bioprinted human heart.

Although definitely a landmark achievement, the scientists admit the technology isn’t ready for human transplantation. “At this stage, our 3D heart is small, the size of a rabbit’s heart,” Dvir stated. “But larger human hearts require the same technology.”

This model utilized millions of cells, whereas a human heart would require billions of cells. They also point out that this heart, which is about the size of a cherry, may not behave exactly like heart. That would require more development and what could be dubbed “training,” to get it to act like a human heart and pump blood. At this time, the cells contract, but don’t work together the way a human organ does.

This heart is just another dramatic example of breakthroughs in the field. Last year, Poietis, a Pessac, France-based company, along with Prometheus, a division of Skeletal Tissue Engineering at Leuven, Belgium,announcedthey had entered into a two-year Collaborative Research Agreement to develop high-precision 3D Bioprinting of tissue engineered Advanced Therapeutic Medicinal Products (ATMPs) for skeletal regeneration.

Prometheus focuses on tissue-engineered ATMPs with a focus on skeletal regeneration. Poietis is interested in using 3D bioprinting of single cell suspensions into large, patterned tissue structures, especially “the laser-assisted bioprinting of multicellular micro-aggregates embedded in ‘bioinks’ for the formation of layered cellular structures.”

What this comes down to is a collaboration to “print” bone that can be used in transplants or other orthopedic, musculoskeletal or spine-related applications.

Poietis already has a product on the market, Poieskin, a human full-thickness skin model produced entirely by 3D bioprinting. It is made up of a “dermal compartment composed of primary human fibroblasts embedded in a collagen I matrix overlaid by a stratified epidermis derived from primary human keratinocytes.”

In August 2017, San Diego company Organovo awarded its 2017 ExVive 3D Tissue Application Award to researchers at Amgen and Medikine. The award is designed to stimulate new applications for Organovo’s ExVive Liver and Kidney Tissue. It uses 3D printing to create functional human tissues, and hopes to someday be able to print tissues that could be transplanted into the human body.

At the moment, these are used in research and drug development, but the entire field shows promise for being able to “print” replacement organs and tissue.

Dvir noted, “The biocompatibility of engineered materials is crucial to eliminating the risk of implant rejection, which jeopardizes the success of such treatments. Ideally, the biomaterial should possess the same biochemical, mechanical and topographical properties of the patient’s own tissues. Here, we can report a simple approach to 3D-printed thick, vascularized and perfusable cardiac tissues that completely match the immunological, cellular, biochemical and anatomical properties of the patient.”