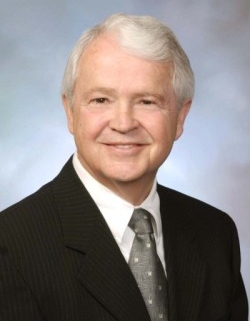 By John Kamp • Executive Director of the Coalition for Healthcare Communication

So, you already know that the 300+ page bill which includes a broad array of amendments related to the National Institute of Health (NIH) and the Food and Drug Administration (FDA) passed out of the House Commerce Committee on May 21 by an amazing 51-0 vote.

Here’s your quick rundown on what the bill contains that pertains to life science marketing, what happens next, what needs to happen for it to become law, as well as some related happenings off the Hill:

The legislation, including three closely followed provisions on off-label communication and Sunshine reporting, likely will be voted by the full House of Representatives within the next few to several weeks.

After that its fate is up to the Senate Finance Committee which is well behind, but is expected to produce a similar but slimmed down version later this summer. If the Senate Committee comes through and moves a bill this summer, there is a good possibility that the bill could pass the full Senate, be “conferenced” with the House version and be sent to the President for passage by late this year or early next year.

Timing is critical. If the Senate takes longer and the Senate and House Bills are dissimilar prolonging the conference process, it increases the possibility that bipartisan bickering over unrelated election issues takes over and the whole thing is aborted.

The communication provisions matter. There are three in and one out (although the sponsor aggressively is seeking re-inclusion):

The Sunshine provision, advanced by the Coalition for Healthcare Communication and medical publisher allies, were previously introduced by House Members Michael Burgess (R-TX) and Peter DeFazio (D-OR) as HR-293. It exempts peer-reviewed journals, journal reprints, journal supplements, medical textbooks, and industry sponsored certified continuing education from reporting under the Sunshine Act. Indeed, it would reverse the current interpretation of the Sunshine law by the Center for Medicare and Medicaid Services (CMS) in its Sunshine rules.

The newest section of the bill, entitled “Facilitating Dissemination of Health Care Economic Information,” would expand Section 114 of the Food and Drug Modernization Act of 1997 (FDAMA 114) that regulates to the promotion of health economic information by drug companies to formulary committees. Reflecting long-standing requests by industry, the bill would provide needed clarity and flexibility for companies to communicate with a full range of payers on economic issues. Among other things, the new language clearly would enable communication both of more information and to expanded audiences. The information would no longer be limited to data from randomized clinical trials and the information sharing would no longer be limited to formulary committee members, but also could include “payers,” “formulary committees” and “similar entities.” While much of this information has been shared since the passage of FDAMA 114, PhRMA and other industry allies are convinced that the clearer and broader guidance will enable much more robust communication with the provider community, including industry sponsored comparative effectiveness research.

Another new provision sets a deadline for FDA to update its policies on company sponsored communication on off-label uses of drugs. The FDA missed its self-imposed deadline of December 2014 for issuing such guidance, in part because of widespread disagreement inside the agency on the best policy course. Inclusion of the issue in the House bill is a strong signal to FDA that there is a bipartisan consensus in support for an updated policy. Assuming passage of the Act later this year or early next year, the FDA would be required to issue guidance sometime in 2017.

While not in the 21st Century Cures bill passed by the full House, Rep. Billy Long (R-MO) announced a bill soon after that would force the FDA’s hand to update its Internet regulation to enable use of hyperlinks for prescribing information. An earlier version of the provision was withdrawn from the Cures bill at the request of the FDA, but by offering it as a free standing measure, Long keeps it alive in the House for further actions. “My bill will lead to enhanced, effective and accurate communication between drug manufacturers, doctors and patients,” Long stated. “This bill would simply push FDA to update its regulatory approach to communications to keep up with today’s technology.”

Meanwhile, off the Hill, biopharma companies and the courts continue to put pressure on FDA to modernize communication policy, especially related to virtual bans on off-label communication by sponsors.

Over the past several years two major First Amendment court decisions have undermined the FDA’s ability to regulate industry communication while allowing others to talk freely about off-label uses of drugs: 1. The Supreme Court decision in IMS v. Sorrell, invalidating state bans on drug company use of prescription data, and 2. A major federal appeals decision in US v. Caronia, rejecting the criminal conviction of a drug rep for discussing off-label information with a doctor.

May 7th, Amarin filed a new case against FDA requesting a court declaration that the FDA’s “regulations on off-label drug promotion are unconstitutional and the company has a right to truthful and non-misleading speech about (its drug) Vascepa ‘even if that speech is off-label promotion.’”

Partially as a way to delay action while shielding itself from the heat, the FDA has announced that it will hold a public hearing on off-label communication issues “sometime” this summer.

In sum, lots of things are happening in drug marketing these days in Washington. When and how it’s all going to settle out is unknown. But, these events will bring interesting and far ranging changes to our industry.