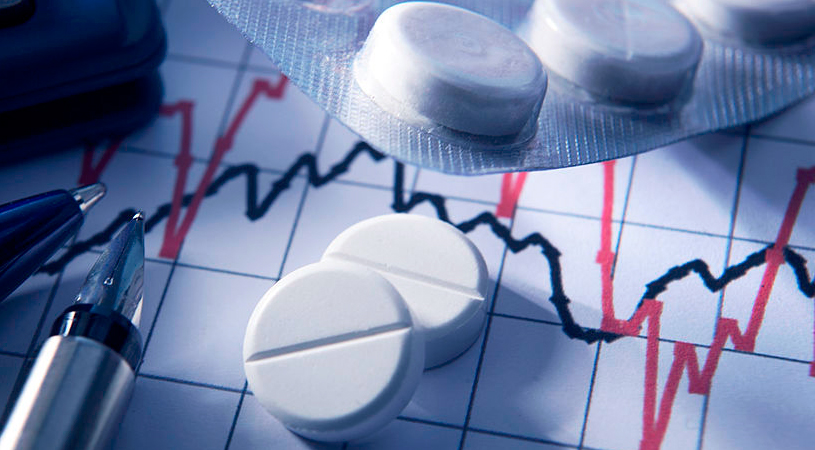 December 22, 2016
By Alex Keown, BioSpace.com Breaking News Staff
CHICAGO – It’s expected that a large number of clinical trials will result in failure. This past year saw numerous trial failures, but analysts at The Motley Fool selected seven failures that are expected to have a direct impact on the forward outlooks of the companies involved.

Finding a cure for Alzheimer’s disease has been difficult to say the least. Developing a “holy grail” cure has been expensive and Eli Lilly (LLY)’s efforts have been among the most costly. In late November, Indianapolis-based Eli Lilly announced recent failure of solanezumab, the drug the company hoped would be the answer to Alzheimer’s disease. The Phase III failure marked the second time solanezumab failed in a late-stage Alzheimer’s trial. The last time was in 2012, but for this go-round, Eli Lilly opted to use the drug to focus on milder-forms of Alzheimer’s and using a “delayed start” method. However, Phase III data showed that solanezumab failed to show a statistical slowing in cognitive decline compared to placebo. As a result of the drug failure, Eli Lilly announced it will begin layoffs of sales force members expected to handle solanezumab accounts in 2017.

In August, Bristol-Myers Squibb (BMY) announced that Opdivo failed to deliver as a as a monotherapy for a “broad patient population” in patients with untreated advanced non-small cell lung cancer. BMS’ lead PD-1 inhibitor Opdivo failed to meet its endpoints of progression-free survival in patients expressing PD-L1 at 5 percent in a Phase III trial. Following the monotherapy failure, BMS announced a plan to reorganize its R&D unit. In late October, the Opdivo setback got a little bit worse after it was announced the majority of patients who received standard chemotherapy treatments in the trial “survived 40 percent longer without evidence of increased disease activity than those treated with Opdivo,” Motley Fool’s Cory Renauer said.

Biogen (BIIB)’s opicinumab (anti-LINGO-1), is an investigational, fully human monoclonal antibody that the company hoped would actually repair the nerve damage caused by MS. In June though, the failure of that drug to reach endpoints in its Phase II trial caused company stock to plunge and Biogen lost $8 billion in market value in one day. The drug failed to meet both primary and secondary endpoints of the trial.

The failure of Celldex Therapeutics (CLDX)’ cancer vaccine Rintega caused company stock to fall about 80 percent this year. The company ultimately terminated its research on Rintega, which had at one time earned Breakthrough Therapy Designation by the FDA for treatment of glioblastoma. Despite that loss, Celldex has another promising treatment in its pipeline, this time for triple negative breast cancer. Celldex’s candidate, glembatumumab vedotin, is a protein that binds to gpNMB, a protein found on the surface of tumors

On Nov. 23, Juno (JUNO) halted its Phase II clinical Rocket trial of JCAR015 on hold for the second time following the announcement that two patients died. Those deaths marked the fourth and fifth deaths associated with this trial. In July, the company announced three patients in the Rocket trial died, which caused a setback for the company. BioSpace previously reported the first patient had received not only JCAR015, but also fludarabine. The other two patients had also received the chemotherapy drug as part of treatment protocol. All three patients died from cerebral edema, selling in the brain caused by excess fluid. The trial was allowed to resume, but had a revised protocol, only allowing the enrollment of patients with cyclophosphamide pre-conditioning only.

The July deaths class action lawsuit that alleges the company violated federal securities law. The lawsuit, filed in July, alleges Hans Bishop, Juno’s chief executive officer, and the company, did not inform investors of a patient death in a Phase II trial of its lead drug.

Colorado-based Clovis (CLVS) was shaken in the spring of 2016 after its failure to gain regulatory approval for its experimental lung cancer drug rociletinib. Following the failure, the company announced it was terminating 35 percent of its workforce to address shifting costs. As a result of the U.S. Food and Drug Administration’s Complete Response Letter, Colorado-based Clovis said it was eliminating enrollment in all ongoing sponsored clinical studies of rociletinib. Although rociletinib was a failure, the company has hinged its hopes on its ovarian cancer drug, rucaparib. Rucaparib is a PARP inhibitor developed for the treatment of patients with platinum-sensitive, high-grade serous or endometrioid epithelial ovarian, primary peritoneal or fallopian tube cancer. Rucaparib was granted Breakthrough Therapy designation by the FDA in April 2015. The FDA accepted rucaparib for priority review in August.

In September, shares of Novavax (NVAX) plunged more than 82 percent after the company released data that its Phase III trial for its RSV F Vaccine for older adults did not meet its goals, failing to demonstrate “vaccine efficacy.” The Phase III Resolve trial failed to meet both its primary and secondary endpoints. The primary objective of the Resolve trial was to demonstrate efficacy in the prevention of moderate-severe RSV-associated lower respiratory tract disease. The secondary endpoint was to demonstrate efficacy of the RSV F Vaccine in reducing the incidence of all symptomatic respiratory disease due to RSV.