The U.S. Attorney’s Office for the Southern District of New York was busy yesterday, indicting nine people for charges related to insider trading. The specific charges were unrelated to each other, but some were specific to the biopharma industry. Read on for details.

One of the indictments was of a former FBI trainee, Seth Markin, 31. Markin secretly acquired information from his then-girlfriend, who was an attorney working on Merck’s acquisition of Pandion Therapeutics. Markin allegedly went through his then-girlfriend’s confidential documents without her permission. Along with co-defendant Brandon Wong, 38, Markin tipped off at least 20 people, who profited millions of dollars by using the information he stole. Markin and Wong raked in more than $1.4 million in profits from their illegal trading.

In questioning by the FBI, Markin claimed he didn’t know his girlfriend worked on the merger and had heard about the possible deal on social media. Markin and Wong are charged with several counts of securities and tender offer fraud, a conspiracy charge, and other charges. Markin’s former girlfriend was not named in the indictment. Her employer was only referred to in the filings as a major Washington, D.C., law firm. Covington & Burling represented Merck in the Pandion deal, which Merck acquired for $1.85 billion. Merck completed the acquisition in April 2021.

Back in January 2021, Dr. Daniel V.T. Catenacci, M.D., director of the GI oncology program at the University of Chicago, settled charges with the U.S. Securities and Exchange Commission over insider trading. In November 2020, Catenacci acquired 8,743 shares of Five Prime Therapeutics, aware that the company was going to release positive data from a Phase II trial of bemarituzumab, a monoclonal antibody to treat gastric cancer. Catenacci was the lead clinical investigator on the trial. A day after the acquisition of the shares, he sold them for a profit of more than $134,000.

On Dec. 20, 2021, Catenacci entered a partial settlement on the civil charges, paying a civil penalty on the proceeds from the trading. Around the same time, the U.S. Attorney’s Office for the Northern District of Illinois filed a parallel Department of Justice complaint against Catenacci for securities fraud by insider trading, to which he pleaded not guilty.

Now, having faced down a possible 25-year prison sentence, Catenacci and his attorney are arguing he shouldn’t go to prison at all, requesting time served plus two years’ probation. According to documents filed last week, this charge was recommended by the U.S. Probation Office. The defense attorneys argued Catenacci “deeply regrets his conduct” and that a non-custodial sentence is “in the public’s best interest” so he can continue working as an oncologist.

The court documents read, “Dr. Catenacci is a first-time offender who immediately accepted responsibility for his conduct, cooperated with the government, and has already satisfied his forfeiture obligation.”

In November 2020, Catenacci reportedly received an email from Five Prime’s chief medical officer stating he could not trade based on the non-public interim Phase II data. Catenacci has claimed he didn’t finish reading the email and thought “he was not to communicate to others the non-public information he had received from Five Prime,” according to the court documents.

Then Five Prime announced the data, and Catenacci sold his shares, profiting about $134,000 within 24 hours. About six months later, the FBI visited Catenacci, who confessed and promptly wrote a personal check to the U.S. Marshals Service for the amount in question.

Catenacci argues that he was not aware at the time that he violated any laws and was a self-taught securities trader. In April, the court denied the motion, and Catenacci entered a full guilty plea.

Sentencing is scheduled for August 3.

Brijesh Goel, a former vice president with Goldman Sachs Group, was charged with insider trading. He allegedly tipped off a close friend with confidential information about upcoming mergers and acquisitions connected to the bank.

“We are keenly interested in sending a message that insider trading is still around, we are still around, and we are going to enforce it when we find it,” Damian Williams, the U.S. attorney for the Southern District of New York, said. 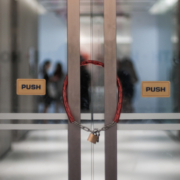 Are companies scrapping COVID therapies for monkeypox?
Scroll to top