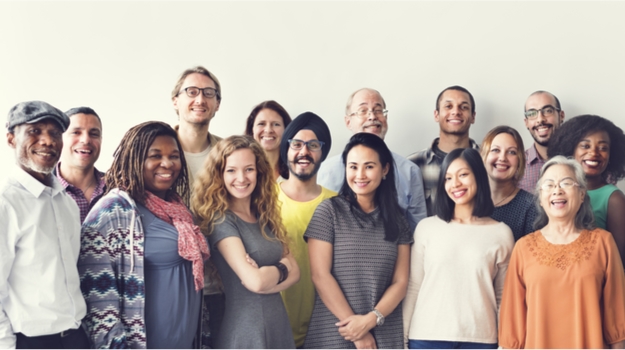 In all research, having more data means the data can be better understood and more accurately used. Like the number of pixels in a picture, the more data points we have, the higher “resolution” the database is. This is directly applicable to genetic research.

The advent of increasingly more mainstream and affordable genetic testing enables powerful genetic research – but that power is directly associated with the strength and diversity of the database of genetic information available.

As of 2018, 78% of people included in genome-wide association studies (GWAS) – the most common type of genomic research that detects small variations in genes that are associated with certain diseases – were of European descent, according to a paper published in Cell in March. Only 10% were of Asian descent, 2% African, 1% Hispanic and less than 1% for each of the other groups.

From a research standpoint, this hinders researchers’ ability to understand the complex genetics of some diseases. While some diseases can be traced back to just one gene variant (called monogenic diseases, such as sickle cell anemia and cystic fibrosis), many more are caused by a variety of factors, including multiple gene variants and environmental factors (called polygenic diseases, such as diabetes or hypertension). Without being able to unravel what genes are changed and the frequency of gene variants in patients with polygenic diseases, researchers are unable to fully understand the disease and develop effective treatments.

From a clinical standpoint, the lack of genetic diversity in research and databases has huge ramifications in patient care by affecting our understanding of genetic markers of disease in those not of European ancestry.

For example, some gene variants are more common in people with certain ancestries, such as two gene mutations that are linked with non-diabetic kidney disease, which is common in West Africans but rare among Europeans. Further analysis revealed that these mutations provide some protection against sleeping sickness (a tropical disease found only in parts of Africa), which may explain why it is more prevalent in West Africans. This variability is also seen with sickle cell anemia, which is most common in people with ancestry from parts of the world where malaria is (or was) common because the gene variant that causes sickle cell anemia is also thought to protect against severe malaria.

Only having information about the European gene variants would have robbed scientists of the knowledge that some disease-causing genes may actually be beneficial by providing protection against other diseases.

The impact on patient care is becoming increasingly apparent as precision medicine grows and becomes more widely used. The goal of precision medicine is to tailor medication and treatment to a person’s individual genetics. The presence of certain genetic markers can confirm a disease diagnosis or the presence (or absence) of certain cell surface markers on certain cells can indicate which drugs should be more or less effective.

Without a diverse database of individuals’ genetic information, precision medicine may not be so precise for all. Determining the risk for polygenic diseases can be less accurate in those with non-European descent (because the genes prevalent in people with European descent are well-studied), leading to risk underestimation or false positives.

Why is there a gap in diversity?

Besides the largest contributor to health disparities – unequal access to healthcare – many social and cultural differences account for the gap in genetics research diversity.

The lack of affordable access to healthcare is a problem for some people in certain locations. The inability to take time off of work for anything not absolutely necessary (such as clinical research) is not feasible because of some people’s financial situation. Cultural differences can also impact when a person seeks out a doctor, how long they may wait before seeking help, and how willing they are to participate in clinical research.

As many clinical studies are conducted in the United States and Europe, researchers are likely to sample the population and end up utilizing the most prevalent racial group for testing. The famous Human Genome Project samples were collected in Buffalo, New York, a city with most people being of European ancestry. Therefore, the reference genome reflects this ancestry, leaving out the gene variants found in other ancestries.

Historically unethical treatment of minorities in medical research taints minority involvement in research and can impact their desire and willingness to participate in current research. It also highlights the importance of meaningfully engaging minorities in the research process.

“If we don’t include ethnically diverse populations, we are potentially going to be exacerbating health inequalities,” Sarah Tishkoff, human geneticist at the University of Pennsylvania and co-author of the previously mentioned Cell paper, told PBS Newshour. “Ultimately, [the people who participate] should be the ones to benefit from the information we gain.”

How can we increase diversity in genetic research participation?

Change needs to happen both from the researchers’ and funding agencies’ perspectives in order to make the greatest impact.

Funding agencies need to support the importance of studies that specifically investigate the genetics of underrepresented populations in science by providing more funding for such studies and encouraging researchers to undertake such research. However, that is not always the case currently. For example, Esteban Burchard, a physician and epidemiologist at the University of California, San Francisco, told PBS Newshour that when he has proposed research focused on minorities, the funding agencies ask “how that research will generalize to the white population. They never ask the other way around.”

During clinical research, researchers should ensure that all their patients understand the value of their participation. Patient engagement should ensure a patient’s full understanding of what the study entails and should make the patient feel comfortable; this can be achieved by ensuring a patient-centered approach to conversations in clinical research and healthcare in general.

On a larger scale, the NIH launched the All of Us research program, a major part of the Precision Medicine Initiative (PMI), that aims to collect data from at least one million people living in the United States to “accelerate research and improve health.” They hope by collecting such a large dataset, it will therefore include diverse populations, helping researchers “uncover paths toward delivering precision medicine.” To encourage diverse populations to participate, the program is highly interactive with “participants as partners in the development and implementation of the research.”

Anyone over 18 who is living in the United States can join the All of Us program by signing up online, where they will be asked to fill out an informed consent; contribute medical history and lifestyle information; fill out their physical measurements (height, weight, blood pressure, etc.), which can be obtained at a local doctor or enrollment center; and possibly donate a blood or urine sample. You can also sign up for email updates about the All of Us program online.

The FDA recently issued a guidance to increase patient diversity in clinical trials by broadening the eligibility criteria to promote enrollment of historically underserved populations (women, minorities, and the elderly). The guidance lays out methods to use to bring in a wider range of patient populations, how to design inclusive trial practices, and how to enrich the enrollment population.