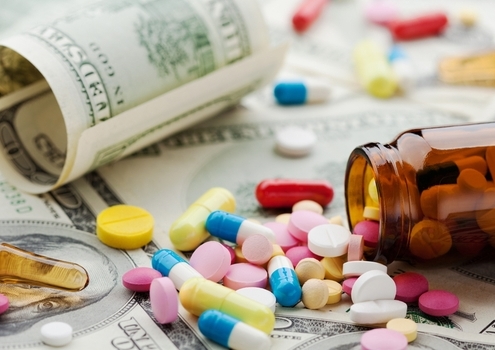 The Median Cost of Bringing a Drug to Market is $985 Million, According to New Study

One of the arguments biopharma companies make for the high cost of new drugs is the expense of drug development. A new study published in JAMA Network, “Changes in List Prices, Net Prices, and Discounts for Branded Drugs in the U.S., 2007-2018,” provides some concrete data to the argument.

The key question is, how much do drug companies spend on R&D to bring a new drug to market?

The study notes that estimates have ranged from $314 million to $2.8 billion. The authors were Olivier Wouters, an assistant professor of Health Policy at the London School of Economics and Political Science, Martin McKee, professor of European Public Health at the London School of Hygiene & Tropical Medicine, and Jeroen Luyten an associate professor of the Faculty of Medicine at the Department of Public Health and Primary Care with the Leuben Institute for Healthcare Policy.

The research included 63 of 355 new therapeutic drugs and biologics approved by the U.S. Food and Drug Administration (FDA) between 2009 and 2018. They note that data was mainly found for smaller companies, products in specific therapeutic areas, orphan drugs, first-in-class drugs, and drugs that received accelerated approval. The data came from 47 different companies.

They found that the estimated median capitalized research and development cost per therapeutic product was $985 million.

The median estimates for therapeutic areas that had five or more drugs ranged from $765.9 million for nervous system therapeutics to $2.7716 billion for cancer and immunomodulating drugs.

The authors note that the primary difference for their study from others available is they relied on publicly available data.

A study published by the Tufts Center for the Study of Drug Development published in the Journal of Health Economics in May 2019, gave an estimated cost of $2.6 billion. That study broke down the number to include approximate average out-of-pocket costs of $1.4 billion and time costs of $1.2 billion.

The Tufts study evaluated the R&D costs of 106 randomly chosen new drugs from a survey of 10 pharmaceutical companies. The drugs were approved from 1995 to 2007. They then calculated the average pre-tax cost of new drug and biologics development. They also included the costs related to abandoned trials and development. They also found that adding an estimate of post-approval R&D costs increased the cost estimate to $2.870 billion in 2013 dollars.

“Drug development remains a costly undertaking despite ongoing efforts across the full spectrum of pharmaceutical and biotech companies to rein in growing R&D costs,” said Joseph A. DiMasi, director of economic analysis at Tufts CSDD and principal investigator of the study “Because the R&D process is marked by substantial technical risks, with expenditures incurred for many development projects that fail to result in a marketed product, our estimate links the costs of unsuccessful projects to those that are successful in obtaining marketing approval from regulatory authorities.”