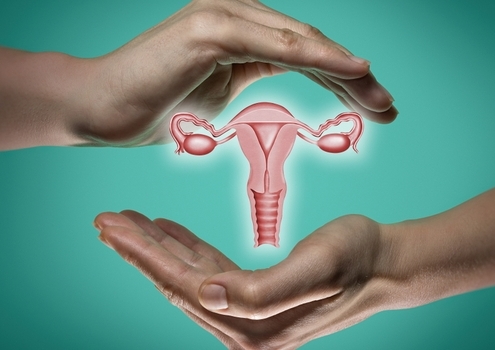 The Next Big Thing in Birth Control: Amphora Offers Women a Missing Option

Saundra Pelletier, Chief Executive Office of Evofem Biosciences, described how a brand new, objective audience of women reacted upon learning about Amphora. “What we found is that the excitement we’re going to be able to create is so profound and so significant . . . People were clapping and screaming, and here’s why.”

43 million women in the United States are at risk of unintended pregnancy according to the Guttmacher Institute. Despite being sexually active and uninterested in becoming pregnant, 70% of U.S. women of reproductive age could become pregnant without effective and consistent birth control methods.

“The pill and female sterilization have been the two most commonly used methods since 1982,” the Guttmacher Institute report continues, and the male condom, IUDs, and withdrawal methods aren’t far behind. Still, huge numbers of women have opted to forego available birth control methods altogether, as lists of side effects outweigh the desire for a negative pregnancy test.

Kelly Culwell, M.D. and Chief Medical Officer of Evofem is still in clinical practice a few times a month to remain relevant. “What we see is women who have just given up on contraception. They’ve used three or four different types. I ask women all the time what they’re doing to prevent pregnancy, and they say nothing. I ask them if they’re trying to get pregnant, and they say no,” she laments. “So you give them a bag of condoms and you hope they don’t come back pregnant.”

Until now, when along comes Amphora to completely disrupt the contraceptive market. Amphora is a viscous and bioadhesive contraceptive, packaged in a prefilled applicator that resembles a tampon applicator. The product can be used up to an hour before sexual intercourse. It doesn’t only prevent pregnancy, however, but increases sexual pleasure and even helps to prevent sexually transmitted diseases.

“Our product will be the first and the only product that has no hormones, no systemic side effects, but most importantly, women only use it when they need it,” Pelletier describes.

“We are the only company ever to include an exploratory endpoint for sexual satisfaction. The reason that it’s important is that all contraceptive marketing is fear based. You don’t want to get pregnant,” Pelletier continued. “So here’s what we did. We asked women at baseline if their current form of contraception made their sex life worse, the same, or better. 16.9% said better. After one use of Amphora, 45.5% said better.” Miraculously, though, Amphora is not a libido enhancer. The increased pleasure is likely due to the lubricative qualities of the product.

Evofem has also just announced top-line results from their Phase 2b clinical trial assessing Amphora’s ability to prevent both urogenital chlamydia and gonorrhea. “What we found was a 50% reduction in chlamydia, and a 78% reduction in gonorrhea,” reveals Pelletier. “We were hopeful for good data, but this exceeded our expectations,” Culwell added.

Russ Barrans, Evofem’s Chief Commercial Officer, was responsible for bringing Mirena to the market as well as moving Plan B over the counter. He chronicled large segmentation projects the company has been working on, including a group of over 3,000 women and another group of 1,024 healthcare providers. The research found a significant portion of women in search of an alternative contraceptive solution as well as healthcare providers willing to prescribe a product like Amphora. “When you match those two segments up, there’s a large group of women who are ready, and a group of healthcare providers who say that they recognize the need,” Barrans detailed. “When women hear about this, they want to talk about it.”

Evofem’s AMPOWER clinical trial, completed in 2018, included 1,400 women across 112 U.S. sites. “In the beginning, some of the providers who were only used to prescribing hormonal contraception their whole life said, ‘look, we really want to participate, but we don’t even know if we’re going to find the right patients,’” said Pelletier. “Those same doctors went from being sceptics to being complete evangelists. They literally said that they have women who are so upset because they want the product, and they want the product now.”

With a former lack of modernization surrounding contraception, Amphora is coming to the market to fill a myriad of widespread needs.  “There hasn’t been innovation in this category in decades. We are excited that we are going to be trailblazers around innovation to say ‘look, women deserve and need something better!’ There are 17 million women that are doing nothing, so there’s a huge unmet need,” voices Pelletier. It may be time to cancel that daily birth control pill reminder once and for all.