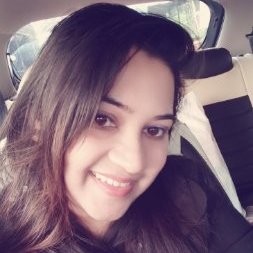 As drug prices fall under increased scrutiny, payers and regulators are targeting some key initiatives that could change the dynamic of pharmacy benefit management over the next 12 months. These emerging trends point to potentially rougher terrain for drugmakers looking to increase market share as payers take a more active role in enforcing formularies.

In an effort to bring more public transparency to drug pricing and net rebates, both UnitedHealthcare and Aetna have announced direct-to-consumer pharmacy discount programs for their fully insured plan members. Combined, fully insured enrollment of the two carriers represents about 15 percent of all fully insured lives in the United States. The move signals that national payers are taking a more active role in addressing transparency.

UnitedHealth’s point-of-sale discount program will apply to more than 8 million members enrolled in fully insured commercial group plans when they fill their prescriptions through retail pharmacies or home delivery. The insurer is launching the program in January 2019, and members can verify the discounted cost of drugs, including savings from rebates, through UnitedHealth’s mobile app and website before going to the pharmacy. Aetna’s rebate discount program, also beginning in 2019, will function similarly. Currently, Aetna passes rebates to plan sponsors through reduced premiums.

By connecting the consumer directly to the rebate, these plans should have increased leverage to steer enrollees to lower-cost drugs or drugs that have a more favorable placement on plan formularies – essentially increasing formulary control and increasing plan negotiating clout with drug companies for higher-cost or newer drugs.

In addition, pharmacy benefit managers CVS/caremark and Express Scripts have announced that they offer point-of-sale benefit design to their clients or health plans. The Centers for Medicare & Medicaid Services also is working toward recognizing the value of POS rebates, and some of its recently proposed changes for Medicare and Part D include applying drug manufacturer discounts on the drug price at point of sale. CMS has issued a request for information on policies for manufacturer rebates and direct or indirect remuneration amount.

Pharma companies generally offer copayment assistance programs or drug coupons for their specialty drugs or high-cost branded drugs to the patients. However, payers have opposed these programs and have started implementing programs known as copay accumulators. Generally, these programs restrict manufacturer assistance (primarily coupons) from being applied to deductibles and out-of-pocket maximums and ultimately result in members paying more out of pocket for prescriptions. UnitedHealth introduced a copay accumulator program called Coupon Adjustment: Benefit Plan Protection, and Express Scripts introduced a similar program, Out of Pocket Protection Program.

Pharma companies point to these programs as a threat to patient access to drugs – particularly specialty drugs – and say they could result in lower adherence to drug therapies. Such programs will likely lead to increased adherence to formulary, however, and will place increased pressure on drugmakers to negotiate favorable formulary placement. In response, drug companies such as Amgen and AbbVie have launched programs to lessen the financial burden on affected enrollees. Both are offering patients prepaid debit cards to cover patient out-of-pocket expense rather than copay coupons.

President Trump’s anticipated drug-pricing proposal was announced in early May 2018. The outline seems to have modest impact on drug costs, however, as it is just the list of more than 50 potential actions. According to the plan, dubbed American Patients First, the U.S. Department of Health & Human Services would work toward increasing competition through a variety of initiatives, including introduction of value-based purchasing in federal programs, increased generic substitution in Medicare Part D, and promoting the use of bio­similars.

The proposal also includes exploring site neutrality for physician-administered drugs and between inpatient and outpatient settings for traditional Medicare beneficiaries. The Trump administration also is weighing giving power to Medicare to negotiate drug costs with manufacturers. Another immediate plan is to prohibit Part D plans from including “gag contracts” that prevent pharmacists from telling beneficiaries about lower-cost alternatives.

HHS Secretary Alex Azar announced that the FDA would evaluate requiring pharma companies to disclose drug prices on TV commercials, giving consumers more information regarding the list price and promoting a free-market system. The plan also calls for revisiting the safe harbors under the Anti-Kickback statute for drug rebates and additional reforms to the rebating system. The administration also will focus on the role of pharmacy benefit managers and the effect of rebates (a key criticism being that rebates offer little benefit to consumers).

This drug plan has received a mixed reaction from industry stakeholders, and it is unclear how these proposals would work independently or together to curb drug costs and benefit patients. It will be interesting to watch how any resulting policies cause disruption in the battle over drug prices and shape the healthcare market.

People On The Move: Service Companies
Scroll to top