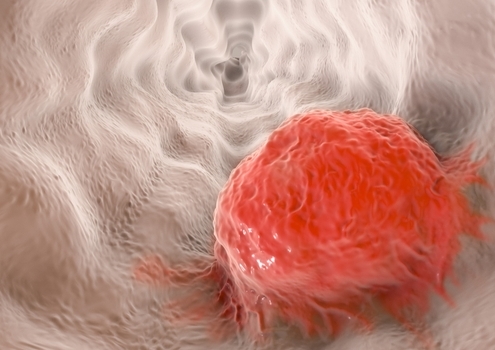 The company launched in May 2019 with a $110 million Series A round. Its product is CancerSEEK, a liquid biopsy test to detect multiple cancers early. The company came out of the research of Bert Vogelstein, Kenneth Kinzler and Nickolas Papadopoulos at Johns Hopkins University.

CancerSEEK merges analysis of a targeted set of DNA and protein in blood to detect cancer. Liquid biopsies, as compared to a solid tissue biopsy, are tests performed on blood to look for cancer cells or DNA from a tumor circulating in the blood. They are also used to detect other diseases. The key difference between a liquid biopsy and a traditional clinical blood test is the focus on identifying cells or DNA from whatever illness is being test for. Traditional lab tests do this as well, but generally not by attempting to identify and sort so much information.

“Since our founding in 2019, Thrive has continued to make tremendous progress in our pursuit towards changing the face of cancer,” said David J. Daly, Thrive’s chief executive officer. “In April, we published data from the first ever prospective and interventional study of a multi-cancer screening test in an asymptomatic population. Our blood test more than doubled the number of cancers first detected by screening, enabling better outcomes and, in some cases, potential curse for these patients. With this financing, we are well-positioned to advance our test into a robust registrational trial and continue to work closely with key stakeholders to remove barriers to ensure timely access, including future reimbursement for CancerSEEK.”

As part of this financing, Eli Casdin was appointed to the company’s board of directors. In 2011, Casdin founded Casdin Capital, an investment firm focused on life science technology.

In April, the company, along with Johns Hopkins University and Geisinger Health, presented data from the DETECT-A study, the first ever prospective, interventional study to use a blood test to screen for multiple cancers in a real-world population. It enrolled more than 10,000 women with no previous history of cancer. The goal was to identify various cancers in asymptomatic people using an earlier version of CancerSEEK that was developed in 2016.

In the study, the test identified cancers in people without any cancer history and more than doubled the number of cancers that were first “screen-detected.” About a quarter of the women diagnosed with cancer were identified by current standard-of-care tests, but by using the CancerSEEK, the percentage of “screen-detected” cancers jumped from 25% to 52%. The test identified cancers across 10 different organs, seven that have no standard-of-care screening. The test is also able to identify cancers before clinical indications show metastasis, but about 65% of the cancers the test identified were localized or regional.

“In the collective search to bend the mortality curve on cancer, the disruptive potential of earlier detection has long been a promise,” said Casdin. “But now, in a real-world study of 10,000 individuals, Thrive’s blood test integrated with standard-of-care, has delivered on this potential and shows the power of detecting cancers before they spread. While there is more work ahead, it is clear that the future has now arrived. I’m excited to join the board and help in my small way to usher in this new era.”