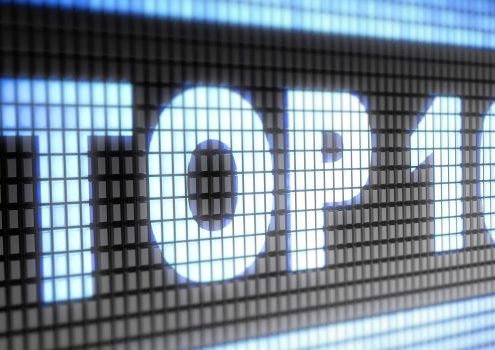 Top 10 Most Expensive Drugs on the Market

The list prices of some prescription drugs seem almost unattainable, with the cost of some medications surpassing the $1 million mark. Costs of prescriptions in the U.S., including those filled at a pharmacy, as well as hospital-administered drugs, have been a political football.

As the COVID-19 pandemic wanes, lawmakers are likely to once again turn their attention to the costs of some of these medications.

Prescription drug watchdog GoodRx compiled a list of the 10 most expensive drugs on the market. The list includes drugs that can be acquired at the neighborhood pharmacy, as well as those only administered in a hospital setting.

In its analysis, GoodRx ranked the drugs based on their annual cost for a typical course of therapy. The prices are based on the list price, which is not typically the price that a consumer pays at a pharmacy or through a drug support program.

Novartis’ Zolgensma, a one-time gene therapy for spinal muscular atrophy tops the list with a price tag of $2.125 million. The cost of the treatment seems exorbitant at first glance. Current 10-year costs of SMA treatment are in excess of $4 million. At one time, it was anticipated that Zolgensma, the gene therapy treatment approved in May, could have a cost of double the $2.125 million amount announced at the time of its approval. The only other SMA drug approved, Biogen’s Spinraza, has a price of $750,000 for the first year of treatment and then $375,000 per year afterward for the remainder of the patients’ lives.

A newcomer to the list is Eiger Biopharmaceuticals’ Zokivny, the first treatment approved by the U.S. Food and Drug Administration for Hutchinson-Gilford Progeria Syndrome (HGPS or Progeria) and processing-deficient Progeroid Laminopathies (PL). Both indications are separate and distinct ultra-rare, genetic, premature aging diseases that accelerate mortality in young patients. Like most orphan drug treatments, there is a significant price tag, a hefty $1,032,480.

Another newcomer to the list is Danyelza, a treatment for pediatric patients with relapsed or refractory high-risk neuroblastoma in the bone or bone marrow. The drug developed by New York-based Y-mAbs Therapeutics was approved in November and has an annual cost of $977,664.

Other drugs included in this year’s top 10 list should come as no surprise. Familiar drug names including Myalept, Folotyn, Soliris and other drugs remain on the GoodRx list. Other drugs, including Lumizyme ($630,630), Actimmune ($575,540) and Takhzyro ($573,820) were knocked off this year’s list due to higher-priced drugs.

The top 10 drugs and their costs are: