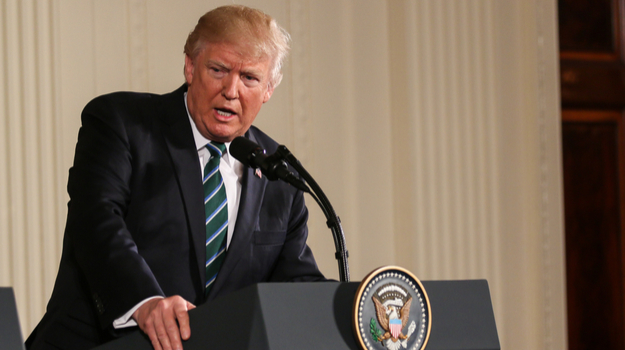 The Trump administration, the U.S. Department of Health and Human Services (HHS) and the U.S. Food and Drug Administration (FDA) announced a proposal to allow the import of certain prescription drugs from Canada.

This has been ongoing since at least July, when the Trump administration announced it was evaluating proposals to allow consumers to buy drugs legally from Canada. Earlier in July, Reuters reported that Canada was opposed to any U.S. plans to buy Canadian prescription drugs because the country feared it would threaten its own drug supply or raise costs for its own people.

In addition to the announcement of a notice of proposed rulemaking (NPRM), the administration announced the availability of a new draft guidance for the biopharma industry that laid out procedures they can follow to facilitate importation of prescription drugs, including biologics that are FDA approved, manufactured outside the U.S., and authorized for sale in any foreign country, and were originally intended to be marketed in that country.

“Today’s announcement outlines two pathways for the safe importation of certain prescription drugs to help provide safe, effective, more affordable drugs to American patients,” said Alex Azar, Secretary of HHS. “These are historic actions by HHS and the FDA, and they represent the bold nature of President Trump’s agenda for lowering drug costs. The President has recognized the opportunity to lower costs for American patients through safe importation, and we at HHS and FDA are delivering on that possibility through a safe, commonsense approach.”

The Trump administration is arguing the policy will decrease the costs of drugs and allow Americans to get the same cost savings on drugs as consumers in other countries. Industry groups earlier argued it would undermine patient safety by allowing import of substandard or counterfeit drugs.

Under the draft guidance, the imported drugs would be tested for authenticity and safety, and be labeled for sale in the U.S. They would also have to be approved by the FDA.

Azar was quick to separate out this new plan, which would operate on a state level, from individuals buying drugs online from Canadian pharmacies. The import of generic drugs isn’t part of the plan.

Drug pricing is something of a hot-button issue during the U.S. presidential election. In July, Democratic presidential hopeful Senator Bernie Sanders (I-Vt.) drove across the border from Detroit, Michigan to Windsor, Ontario with a group of diabetic patients planning to buy inexpensive insulin in Canada. He was in town for a Democratic debate. The charter bus trip was organized by members of the advocacy group Insulin4All.

This was an area of rare agreement between Sanders and the Trump administration. The GOP typically has been opposed to the importation of drugs from other countries. Azar himself had traditionally been opposed to importation, once calling it a “gimmick.”

It does not appear that these draft guidelines would have an effect on this particular issue since insulin is a biologic, and the proposal is not related to buying the drugs directly from Canadian pharmacies.

The new proposal is built on a 15-year-old federal law allowing commercial importation of drugs from Canada under special circumstances. The law, however, was never implemented.

The new draft guidance is intended for industry. It would allow manufacturers to import the same versions of DA-approved drugs that they sell in foreign countries using a new National Drug Code (NDC) and sell them in the U.S. at theoretically lower prices.

Azar indicated that some drug companies wanted to offer imports but couldn’t because of different NDCs. This draft guidance is expected to clarify how they can do that, although different NDCs won’t be available for biosimilar manufacturers.

Azar stated, “This is a historic first step.”

However, HHS and Azar could not quantify how much money might be saved by states or consumers.

Under a state-focused pilot plan, controlled substances, intravenous or infused drugs, biologics, or drugs with risk evaluation and mitigation strategies are not eligible for importation.

The rulemaking targets Section 804 under the Federal Food, Drug and Cosmetic Act (FFDCA). It already gives the HHS secretary authority to create regulations to allow pharmacists and wholesalers to important prescription drugs from Canada that have not been approved for use in the US as long as the secretary guarantees it would not create additional health and safety concerns and decrease drug prices.

In a press briefing, Azar declined to mention specific drugs that HHS was considering, but did say they typically have rebates attached. Interestingly, Azar had previously attempted to propose a $200 billion proposal to end rebates, but that plan died in the White House.

At this time, there’s no indication of when the plan will go into effect, how much money it might save, or very many details about how it will work. That is unlikely to stop President Trump from using it as a talking point in the 2020 election.